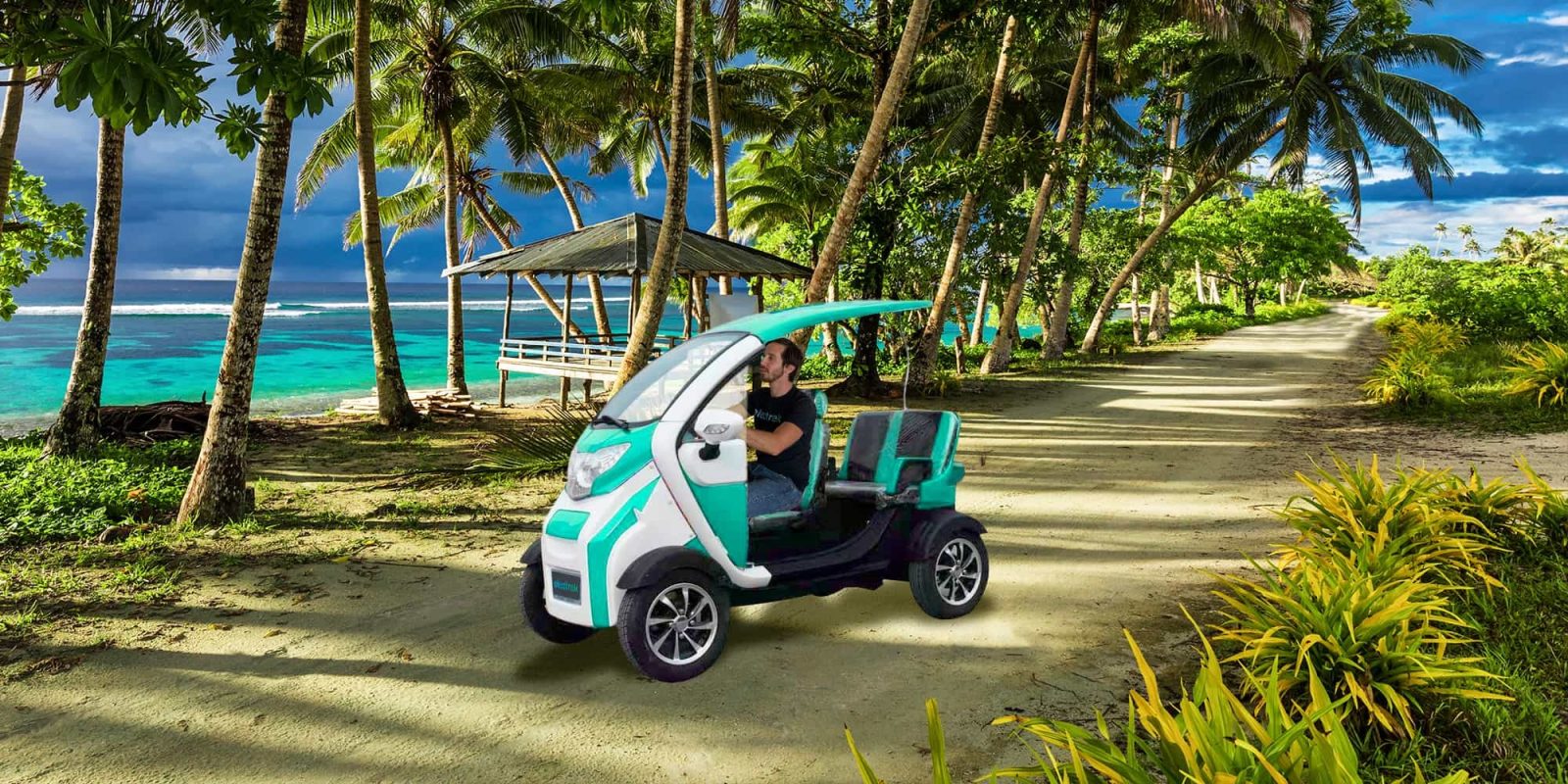 When it comes to electric cars on China’s largest online shopping site Alibaba, you can find just about anything. And that variety has kept me in business, so to speak, by finding the weirdest and most fun ones out there for my weekly Awesomely Weird Alibaba Electric Vehicle of the Week column. That often means funny-shaped electric vehicles or sometimes odd mashups that take to the sea or even the sky. But sometimes it’s not what is added to a vehicle that makes it special, but rather what is suubtracted. And that’s the case this week, where this funky little electric car seems to have had the rear end torn off without anyone noticing.

Now I’m not against a car with good air flow. Who doesn’t love a ride in a convertible every now and again?

But there’s a difference between taking the top down and taking the back off, and that difference is what lands something like this on an over-the-top Chinese shopping site.

What you’re looking at, ladies and gentlemen, is an odd little electric car that seems to be missing much of its body. In fact, it’s not just the rear that appears to have fallen off. There aren’t any doors either. In fact, it’s basically just a chassis with a roof, from the best I can figure.

I guess if you live in a rainy area with zero wind, you just might stay more or less dry in this thing. And if the windshield wiper is any indication, they expect to see some rain.

Sure, some water might try to whip its way around the windscreen. But since the little electric car only gets up to 40 km/h (25 mph), I don’t think you’ll have too much of an airstream around you to worry about.

Though the 80-120 km range (50-75 miles) per charge should at least let you get all the way across town and back, and likely several times at that.

I’m not sure this is the best townie car, though. It’s got more of a beachy vibe to it, in my opinion. It’s already mostly a golf cart, so it’d be great for an island community (and especially one that, again, doesn’t see much rain). And for a particularly sunny place, that roof is just asking for a cheap solar panel to be slapped on top.

Loaded up with three passengers, or perhaps two passengers plus one crew member/driver, this little cart might just make a fine little utility vehicle for local trips with the family. Dropping your children off at school would certainly get some looks in the carpool lane, and could be a great way to mortify your kids at the same time.

And I’ve saved the best for last – the price! A cool $2,300 could make this bad boy yours, not including shipping, handling, port charges, batteries, tariffs, broker fees, headlight fluid or any other number of unexpected charges you’d be likely to incur during import.

But hey, that’s all going to be worth it when you’ve got the most unique electric car in town. Rivian owners, eat your hearts out! Who needs a gear tunnel when you’ve got an entire gear cabin? I’ve got a feeling this Alibaba special is the next big thing in utility EVs!