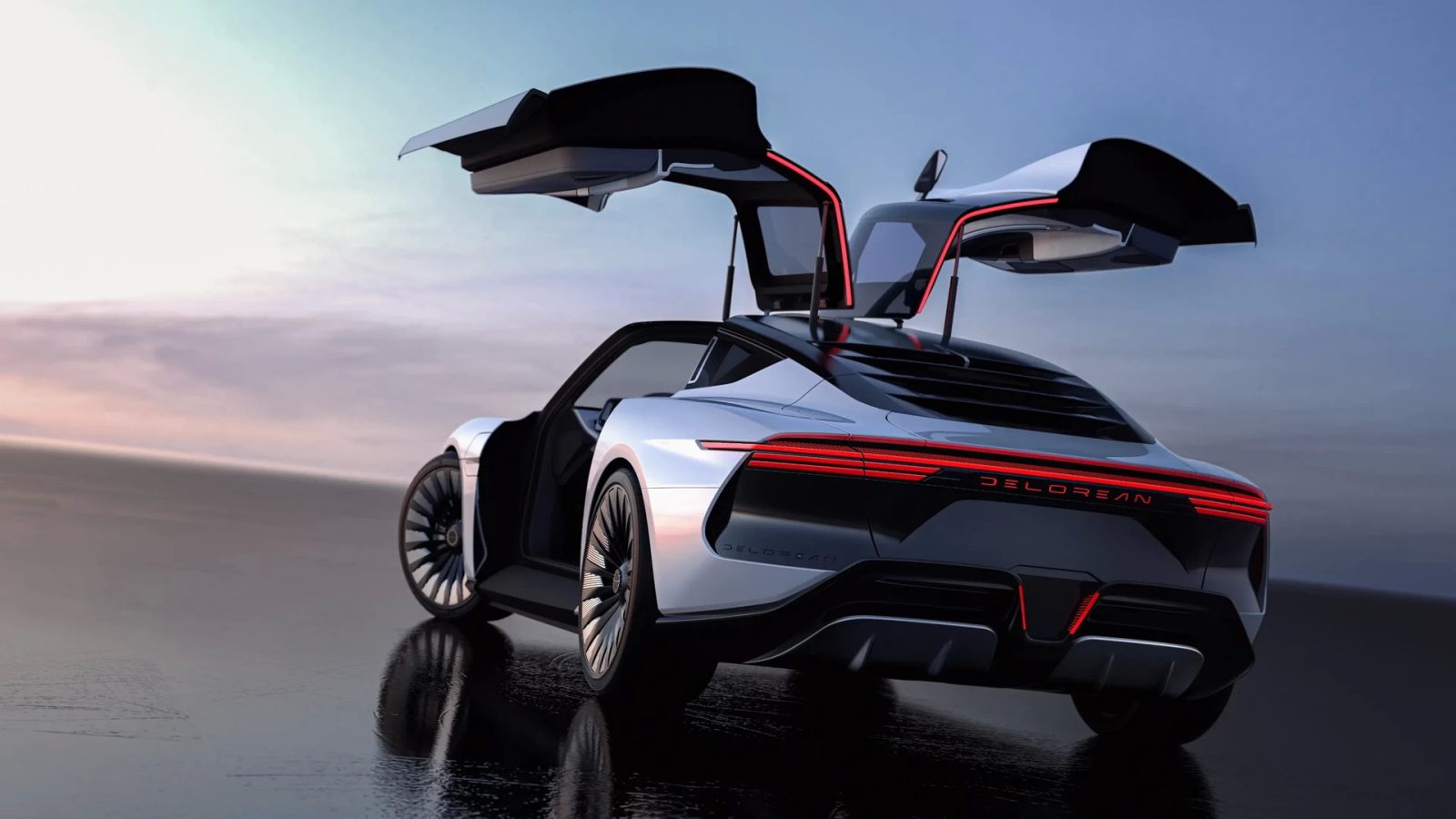 DeLorean has released the first non-teaser images of their upcoming electric vehicle, along with a model name: Alpha5.

The car’s official public release will come tonight, Monday, at 9 p.m. Pacific Time, and DeLorean plans to show it at the Pebble Beach Concours d’Elegance on August 18.

The original DeLorean came out in 1981, and about 9,000 cars were made. The car is most famous as the time machine used in the 1985 movie Back to the Future.

This new incarnation of the DeLorean Motor Company, founded in 1995, actually shares no relation to the original DeLorean Motor Company, which was founded by John DeLorean in 1975 and went bankrupt in 1982. The new company acquired the old company’s logo and parts inventory and has mostly worked as a service and restoration company for old DeLorean cars since then.

The company has been hinting at an entry into auto manufacturing for several years now, though the first rumors we heard about an electric DeLorean were last January. Its CEO, Joost de Vries, is an EV industry veteran who ran the Roadster service program in the early days of Tesla, then moved on to Karma as sales VP and now DeLorean as CEO.

While it is a whole new company, DeLorean has partnered with Italdesign, the design firm that worked on the original DeLorean, to design the Alpha5. The design pays slight homage to the original with its gull-wing doors and louvered rear window, but that’s really about where the similarities end.

The original was a two-seater and the Alpha5 is a 2+2, and both are low-slung, but there’s really no other hint of the original’s angular design. But perhaps this is for the better – the original certainly doesn’t fit the modern design aesthetic nearly as much as it fit the aesthetic of its time. Plus, the Alpha5’s .23 Cd drag coefficient is a significant improvement from the original.

Despite its provenance as the futuristic star vehicle of the Back to the Future series of movies, the original DeLorean had a pretty standard V6 engine. In the movie, the fictional time machine was “electrical” – what better way to make use of 1.21 gigawatts of onboard nuclear power.

Now, thankfully, the actual futuristic version of the DeLorean – coming out some eight-plus years after the day they traveled to in the movie – is finally driven by electricity instead of gas. We don’t know how much power it will have yet, though we’re pretty sure it won’t be 1.21 gigawatts.

We do know estimated 0-60 times though – 2.99 seconds. And, in case you’re looking to time travel, 0-88 will take you 4.35 seconds, according to the manufacturer’s estimates. The power comes from a 100kWh battery good for “more than 300 miles” of range, and it will have a top speed of 155mph – not quite fast enough to send you back in time twice over.

These specs are for the “base performance model,” which suggests there will be other models available, with lower, and perhaps even more, performance. DeLorean is targeting the Porsche Taycan as their benchmark vehicle for performance, so you can expect that this will be a capable vehicle.

While we don’t know the exact price yet, estimates run in the mid-high-$100,000s range.

We’ll learn more about the car at tonight’s launch livestream, and we look forward to seeing it in person come August.

What do you think about this new DeLorean EV? Let us know in the comments.