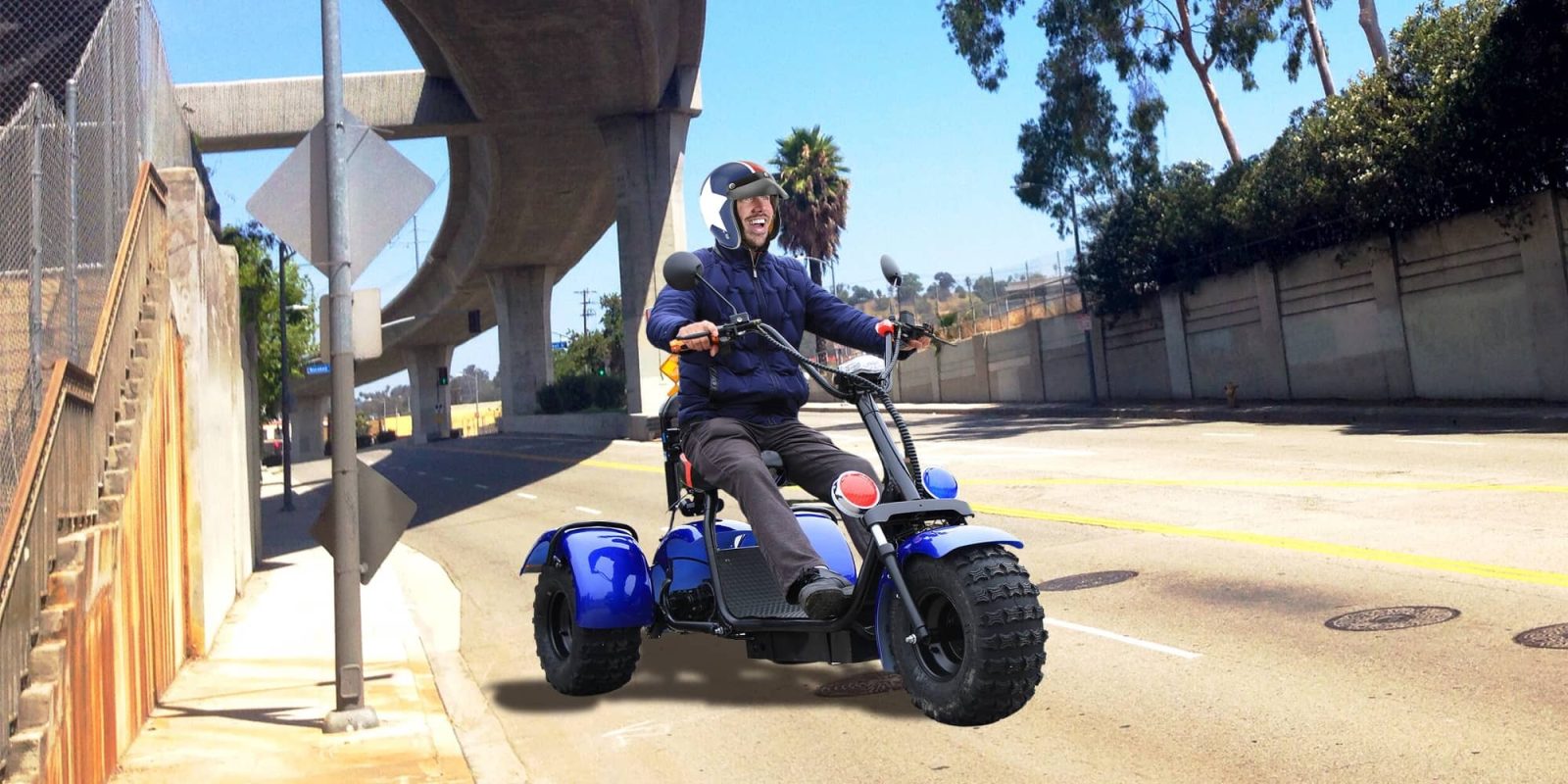 Mother Nature may be beautiful, powerful, and mystifying, but it’s Father Time who eventually catches up with all of us. We start out young and eager on our cute little red tricycles, our parents giving us an early push. We grow into kids on our first real bike, then progress toward power as we mount our first motorcycle. The years pass as we hop from bike to bike, invariably chasing just a bit more power or speed. The horsepower grows. The torque climbs higher. The sun ages our leather riding gloves until the lines begin to match those on our faces.

And one day, without fail, Father Time catches us all. We end up right back on a trike, savoring the stability of three wheels to give our old, broken bodies one last wind-in-our-face highway thrill. But if your social security hasn’t been as good to you as you had hoped, it might be time to give up the dream of a brand new chromed-out Harley Tri-Glide and instead look at something more like a $500 Chinese electric trike. And boy, do I have just the trike for you!

You see, China’s vast collection of hilarious and head-scratching electric vehicles, also referred to as Alibaba, seems to know no bounds. And this week in our regular dumpster dive of the oddest of the bunch, I’ve bobbed to the surface with an awesome electric three-wheeler sure to make you say, “Well, I guess that could work.”

It may not have the fancy bodywork or undeniable character of some of our past Awesomely Weird Alibaba Electric Vehicles of the Week, but boy does this thing have heart!

Known as the “Toodi Zappy” (and I’m not kidding), this electric trike has 50% more character than any e-bike I’ve seen. It also has 50% more wheels.

It rolls on big ol’ wide tires that could make a fat tire e-bike blush. It features seating for two so grandma can join on the back. It’s got a full suspension for a buttery smooth ride. And it even has red and blue lights to help you relive your CHiPs fantasy as a member of the California Highway Patrol. Though in actuality, those are likely highly illegal and you may want to take a flat head screwdriver to them before your first prowl of the town.

I wouldn’t say the Toodi Zappy is the most aggressive trike on the asphalt. The top speed of 30 mph (48 km/h) and the 1.5 kW (two horsepower) electric motor make sure of that.

But I’m also not convinced that I want to take a corner at faster than 30 mph on this thing. Those lawn mower tires don’t look like they’re exactly highway-rated.

At 25 miles (40 km) of range per charge though, I don’t intend to go that fast anyway. How are people going to check me out as I roll by if I don’t give them a good long look?!

Priced at just $515, this thing practically sells itself. But wait! I can get you an even better deal. Because if you act now and buy 100 units, the price drops down to an ultra-reasonable $450. How can anyone pass up a deal like that?! Time to put the local golf cart reseller out of business!

Now let’s be reasonable. I’m not saying this is going to be your forever vehicle. But it sure beats a mobility scooter.

And you’ll be the most badass grandpa rolling up to any shuffleboard court this side of the Del Boca Vista retirement community!

Plus, if your kids are on the hunt for their own electric trikes, I think I might have found a neat little Alibaba offering that’s perfect for them too. Just be sure to bring the barf bags!