Weekend Project: Build your own DIY electric bike for under $500 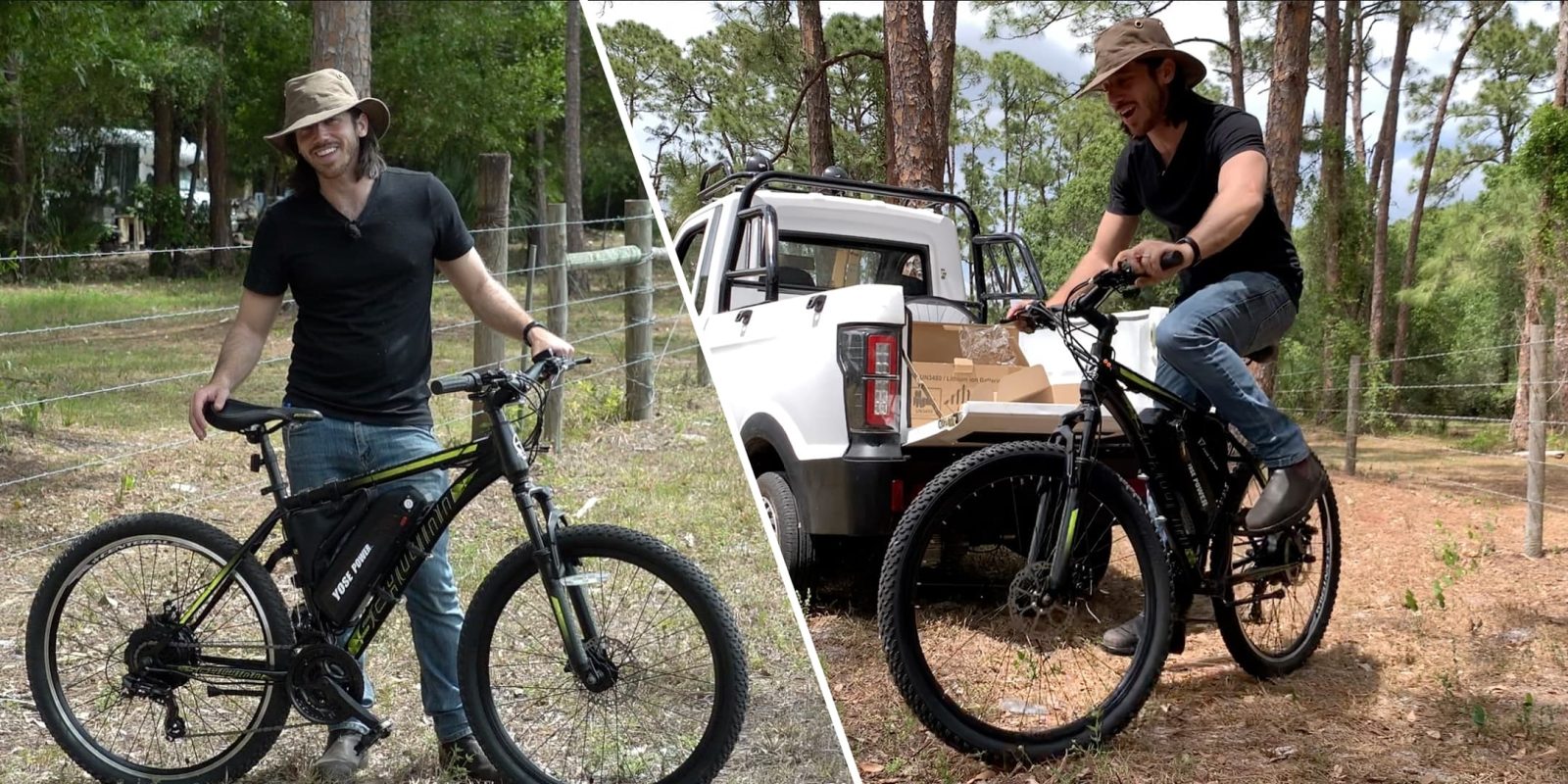 If you know anything about me or the topics I cover, you’ll know two of my biggest hobbies revolve around electric bicycles and DIY projects. So combining them has always been a natural conclusion for me – to the point that I even wrote the book on the subject.

With so many great electric bicycles already available at your local bike shop or from direct-to-consumer online companies, some people may wonder why it could be worth performing your electric bike conversion anymore. But the ability to repurpose that bike gathering dust in your garage or build the exact e-bike of your dreams means that a DIY option is a still a great choice for many riders. Plus, being able to do it all for just a few hundred bucks helps sweeten the pot!

These days you can find plenty of different all-in-one electric bike conversion kits that make the process simple and easy.

We’ve tested several of them, such as the Swytch kit, that include everything you need in one simple package and hide away most of the electronics in a neat handlebar-mounted battery.

But to make the price even more affordable (and offer a bit more power), you can find some slightly more generic options on sites like Amazon.

I’ve often used Amazon for the combination of detailed reviews of kits and the ability to see which kits are newcomers and which have sold hundreds or thousands of units. Sure, reviews can be faked, but finding a pile of detailed good and even mediocre reviews along with people’s installation photos (or even a few bad reviews, for that matter) can help separate genuine products and reviews.

I recently performed an e-bike conversion on a simple mountain bike using a $469 Amazon e-bike kit that came with the motor, controller, battery, accessories, and even a little bag to hide away all the extra wiring.

The 500W kit fit nicely on a Schwinn mountain bike I had, bringing the total build price in at just under $500, including a special mount I had to get to make the battery fit the rather low water bottle bolts on that specific frame.

For less than the cost of the cheapest retail Amazon electric bike, I was able to build my own using a more powerful 48V system and reach speeds of around 24 to 25 mph (40 km/h) with a reasonable range of around 20 miles (32 km).

Sure, it’s not going to compete against the more expensive retail e-bikes, but it sure does a nice job for something I threw together in my backyard for a fraction of the cost.

The process is quite simple, believe it or not. You basically remove the bike’s rear wheel and pull the tire/tube off. You swap those onto the wheel that comes in the kit (which conveniently has a motor in the hub) and then install the motor wheel on the bike in its place. The battery gets bolted onto the water bottle mounts in the front of the frame, and all of the color-coded connectors are plugged into each other. A few zip-ties get installed to hold down the wires and you’re ready to rock and roll!

There are a pile of interesting e-bike kits out there to choose from, and that variety gives you plenty of options.

In the past, we’ve seen fun DIY fat tire e-bike builds such as a project that Electrek’s publisher Seth Weintraub threw together on a Mongoose fat tire bike.

While it may not have the flash or pizazz of a retail e-bike, it sure offers nearly the same performance for a mere fraction of the cost. And the ability to recycle a bike you already have lying around but aren’t using helps to make the deal even sweeter!

Have you performed your own electric bicycle conversion? Let’s hear about it in the comment section below!