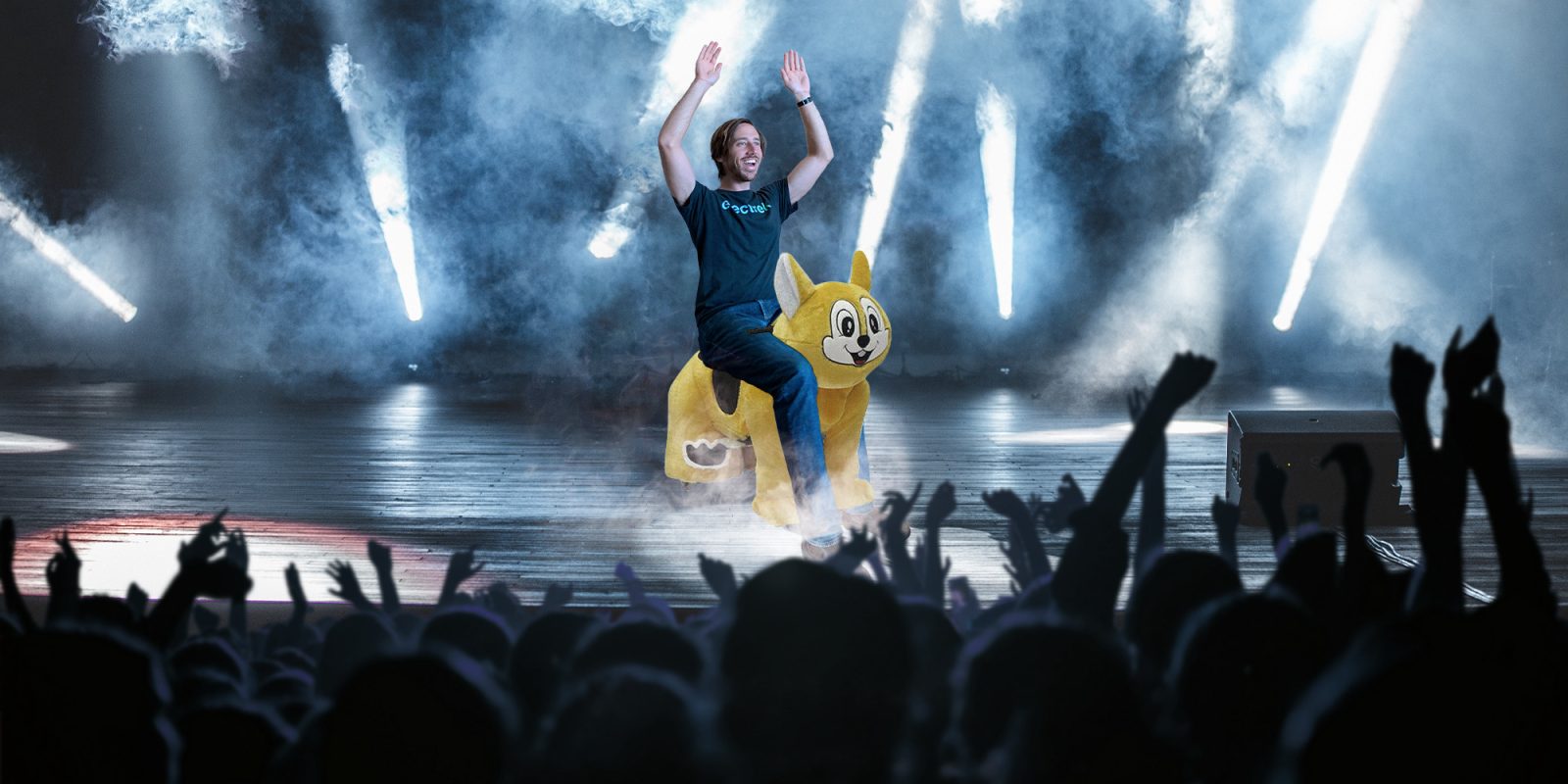 I’ll admit it – things have gotten pretty weird and wild in this column in the past. But while vehicles like electric submarines, backyard trains, and party buses shaped like tigers all have a certain indescribable charm to them, this week’s electric vehicle stretches the limits of what you could reasonably call “a vehicle.”

But then again, that’s what we’re here for. It just wouldn’t be the Awesomely Weird Alibaba Electric Vehicle of the Week if it wasn’t both awesome and weird. And while I know I may never get a Pulitzer for this thankless work, it’s enough to know that people out there are at least scratching their heads and going, “Well, huh.” So buckle up because this one is going to be a wild ride.

Not wild in the traditional sense, mind you. These plush rideables aren’t a particularly high power class of vehicle.

A 100-watt electric motor, tiny wheels, and a top speed of approximately 5 km/h (3 mph) is not the stuff of champions, that’s for sure. But the stuffing? That we can find here in droves.

These oversized plush animals are filled to the brim with a combination of stuffing, batteries, and cheap wiring. It’s like they packaged the fire triangle in fun new wrapping.

That sounds like a recipe for success right there. It’s not as if we’re putting the most vulnerable members of society on these things…

And of course, the wild faces on the front of these motorized monstrosities don’t help matters either. Imagine being a two-year-old preparing to ride one of these at the fair, then turning around to see this beast bearing down on you. The nose of a pig, the ears of a dog, the smile of a crazed hyena, and the bloodshot eyes of a washed-up anime character that’s seen too much. That’s nightmare fuel, right there.

I guess I should at least be happy that the things roll instead of gallop. They’re slightly more approachable in this shopping-cart-with-fur setup and perhaps even slightly more maneuverable too.

Amazingly, the furry Ferrari even has a reverse mode, and it makes quick work of wiggling around in tight spaces.

The dang thing even handles uneven terrain quite admirably, at least for a powered stuffed animal. Check it out in the video below!

But at the same time, I have to wonder if there are other good uses for these things.

Sure, they appear to be destined for kiddie stores and day cares. I can also see them in the children’s corner of a traveling fair with a chain-smoking carny constantly rotating which stuffed elephant is on the charger and which inexplicably wet unicorn is in need of maintenance for a stuck wheel.

That may be the native habitat for this motley crew of jungle friends, but I think we can do better.

Imagine how epic a show would be when the main attraction makes a grand entrance on one of these things! Now that’s a rave!

You’ve heard of Segway polo, right? Well, what if we had the trappings of a totally new sport on our hands here? For just $100 to $350 a piece, we could outfit an entire league for the cost of a single Segway!

Or perhaps we could get an oversized beach ball and play motorized furry soccer on these things.

What about bumper cars? Demolition derby? Cavalry paintball charge? Evel Knievel–style bus jumps? If you find one with singed fur, it may or may not be from the ring of fire stunt that didn’t quite go as planned.

Perhaps it’s time to rent out the local go-cart track and run our own Furry 500. I know what I’m doing for my next birthday party!

Imagine the next furry convention in your town when everyone rolls up on their own motorized stuffed animals! Each one could come with its own persona!

Admittedly, I planned to dive a lot deeper into that aspect, but I just couldn’t make it far enough through the Furry article on Wikipedia during my research for this article. There are some things you simply can’t unlearn, folks.

Suffice it to say that while these glorified kids’ toys may be nightmare fuel at the local amusement park, I think they have an entirely new outlook on life in the adult world.

At least if they don’t catch on fire first.