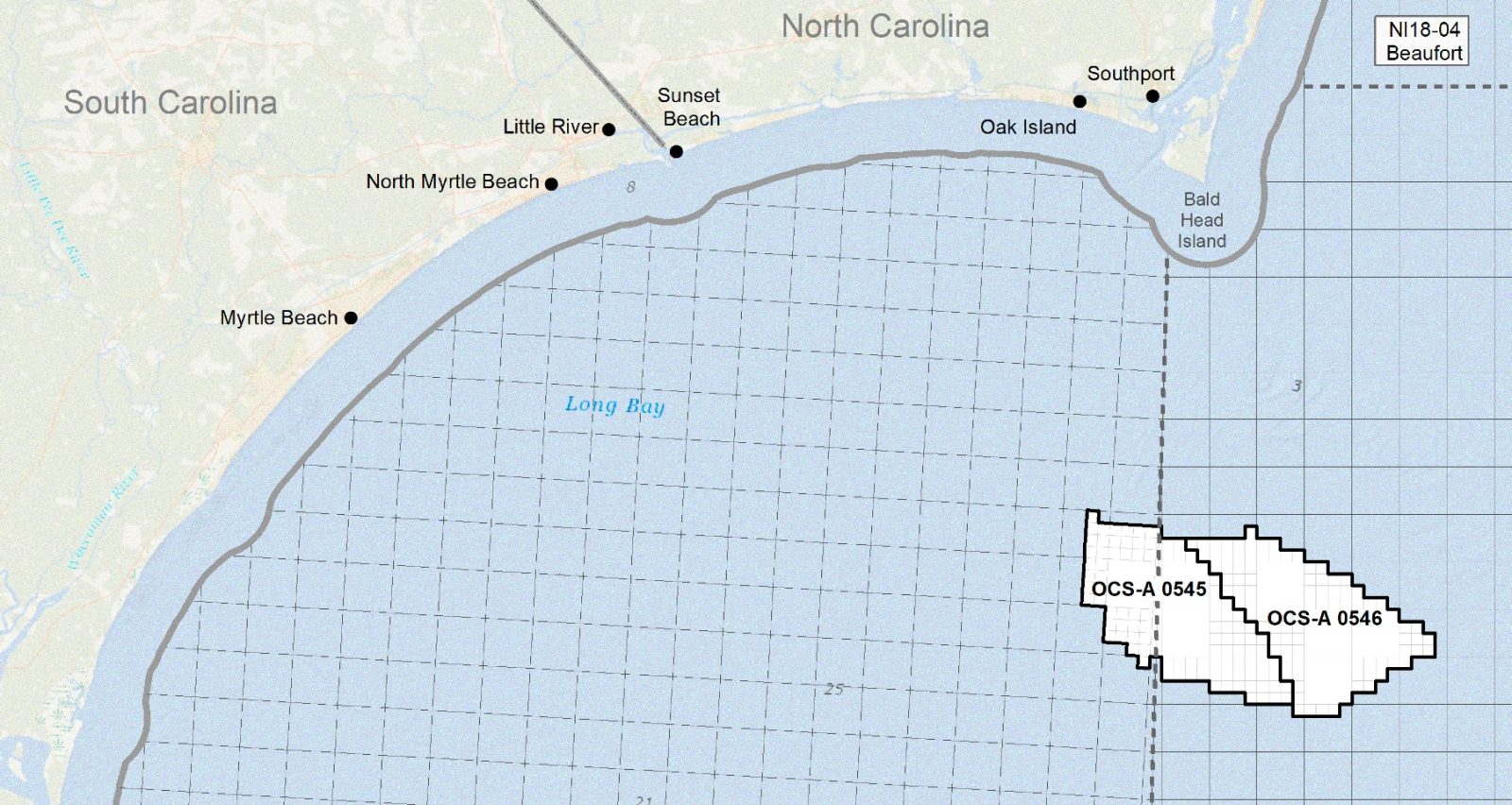 The US Bureau of Ocean Energy Management (BOEM) today held the lease sale for two offshore wind areas in Carolina Long Bay. Up to 16 prequalified bidders competed for lease rights for 110,091 acres off North Carolina’s and South Carolina’s shores. Together, they will result in at least 1.3 gigawatts (GW) of offshore wind energy, enough to power nearly 500,000 homes.

Liz Burdock, CEO and founder of the Business Network for Offshore Wind, issued the following statement:

Today, America’s offshore wind industry and its supply chain took another significant step forward with the successful Wilmington East lease auction. For the first time, the federal government used an auction system designed to spark investment directly into US manufacturers, small businesses, shipbuilders, and new workforce training, accelerating development of the already-emerging domestic supply chain. With global demand for offshore wind soaring, the US must seize this once-in-a-generation opportunity and develop a robust domestic supply chain to secure our energy future.

And Anthony Allard, head of North America for Hitachi Energy, said in an emailed statement to Electrek:

Not only is the sale a major milestone for our clean energy future, but the United States’ growing offshore wind energy industry presents a $109 billion revenue opportunity to businesses in the supply chain over the next decade.

BOEM says that the two lease blocks within the area have similar acreage, distance to shore, and wind resource potential.

BOEM reported on LinkedIn yesterday that it conducted environmental reviews and issued a finding of no significant impact.

It also worked with the commercial fishing industry, tribes, partnering agencies, key stakeholders, and the public to reduce conflicts with ocean users and minimize environmental impacts. The agency said it will continue to engage with stakeholders as the development process unfolds.

We are including a stipulation, at the recommendation of the US Fish and Wildlife Service, requiring the use of Motus telemetry tracking stations on meteorological buoys to help address information gaps on offshore movements of birds and bats, including ESA-listed species.

Read more: The first US offshore wind farm has had no negative effect on fish, finds groundbreaking study