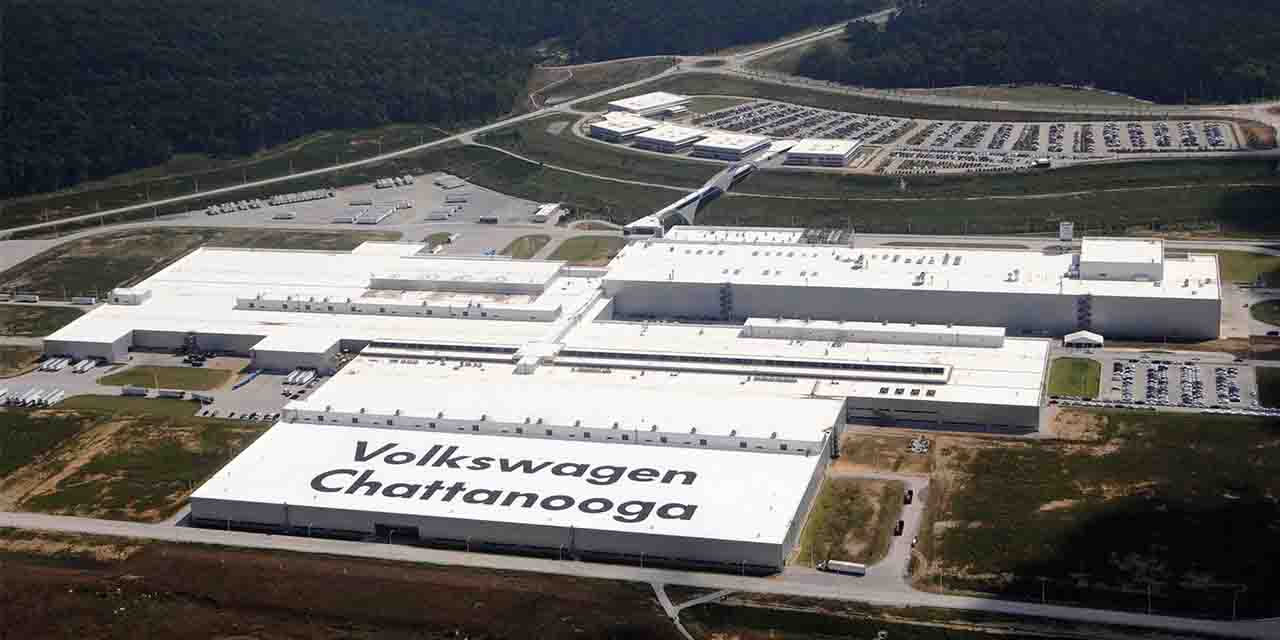 According to a recent report out of Germany, Volkswagen is flirting with the idea of opening a second US production facility, possibly in Chattanooga, TN, where its current footprint is. In addition to significantly expanding its capacity on US soil, Volkswagen is also reportedly considering implementing a battery cell plant nearby as well.

Volkswagen’s US production facility in Chattanooga was originally announced in 2008 and rolled its first vehicles off its assembly lines in 2011. In terms of EVs, the US plant is home to production of the ID.4, and recently saw an $800 million expansion to support its assembly.

Tennessee could soon house ID. Buzz production as well, although VW’s current plan is to import the all-electric minibuses through 2024. That being said, Volkswagen Group of America’s chief executive Scott Keogh said the German automaker “might need to adjust accordingly.”

With competitors like Nissan, General Motors, and Ford Motor Co. all manufacturing EVs in the state of Tennessee, it is very quickly becoming a mecca for electrification in the US and could soon be number one, according to the head of the Tennessee Valley Authority.

While it remains rumor, additional US EV and battery production from Volkswagen makes sense.

Volkswagen could expand US production to 600,000 vehicles

According to Manager Magazin out of Germany, Volkswagen CEO Herbert Diess is planning a second US production facility, and it could very well be next door to its current footprint in Chattanooga. According to unnamed stakeholders, the plans would expand VW’s production capacity to 600,000 vehicles annually in the US.

Current ID.4 production capacity in Chattanooga is expected to be from 100,000 to 120,000 units per year as the automaker adds a third production shift creating about 4,500 jobs. Combined with existing production for VW’s Atlas and Atlas Cross Sport, the Chattanooga plant would essentially be maxed out.

With Volkswagen showing no signs of slowing down its electrification strategy, the need more EV production capacity makes sense for its US facility, but that’s not all. The report also states that VW is considering a battery plant near the Chattanooga plant(s) as well.

According to VW exec Scott Keogh, the company’s current plan is to source its EV battery cells from SK Innovation at the new $2.6 billion factory it is building in Georgia. In terms of a potential US battery plant, Keogh said VW will need units.

The sources explain that there has not been a final decision on the potential US expansion, but VW’s CEO Diess is determined to go on the offensive. Volkswagen has previously said that it’s researching production of an electric pickup truck for the North American market and has shared plans for additional EVs to arrive after 2026.

With Chattanooga near capacity already, Volkswagen will need to either discontinue the Atlas (which is unlikely given the popularity of SUVS in the US) or make room for more US production facilities. We won’t know for sure until we hear it directly from Volkswagen, but these rumors make sense.