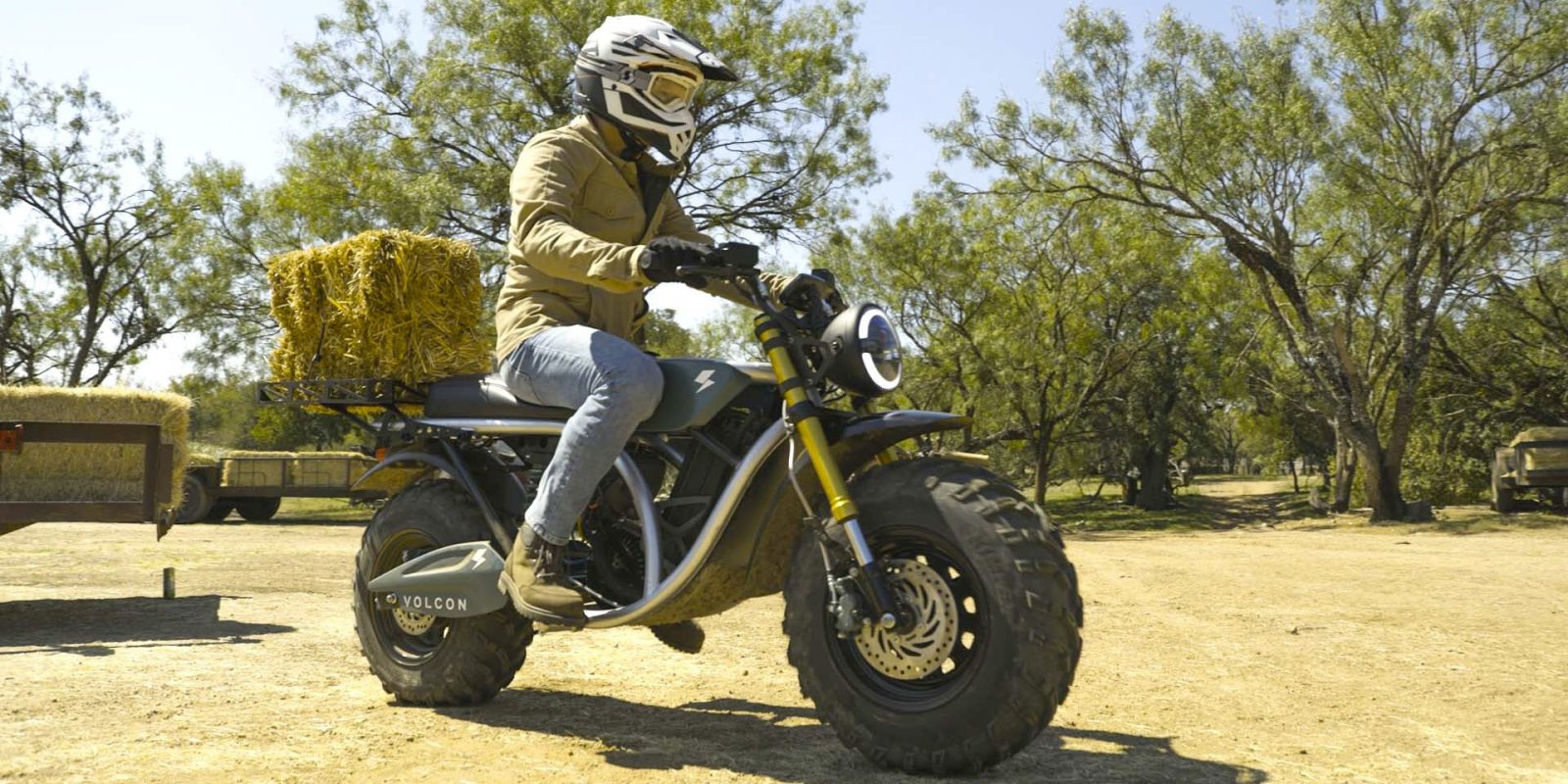 Electric motorcycles have a wide range of advantages over their gas-powered counterparts. While most electric converts tout their low operation cost, lack of maintenance, and smoother power delivery, there’s one other big advantage that often goes unnoticed: the ability to essentially submerge in water and continue operating. A new video shows a series of Grunt electric motorcycles doing just that.

The Volcon Grunt isn’t your typical motorcycle. Instead of a conventional dirt bike like most off-road e-motos, the Grunt is a fat tire electric motorcycle designed for off-road riding.

Volcon manufacturers the bikes in their Texas factory, making them one of the few US-based electric motorcycle manufacturers.

The $8,000 electric motorcycle comes with a 25 kW electric motor and either one or two 2.3 kWh batteries. The model began shipping to customers late last year.

In a recent video shared by the electric motorsports manufacturer, at least five of the fat tire electric motorcycles can be seen riding right down the center of a flowing stream. The motorcycle’s extra wide tires make it particularly well-suited for wet and muddy conditions like these.

Check it out below to see for yourself.

They are generally designed to withstand heavy rain and storms, but off-road electric motorcycles like these can often be nearly fully submerged without affecting the sealed electronics.

Alta, one of the most highly acclaimed electric dirt bike manufacturers (and which met an untimely demise in 2018 due a series of financial hurdles), was known to demonstrate its own bike’s swimming prowess.

Electric cars have sometimes also shown near-submarine capabilities, like a Tesla Model S that went for a deep dive before driving out under its own power.

More in store from Volcon

When the Volcon team isn’t getting wet riding in streams, they’re working on an upcoming four-wheeled electric vehicle called the Stag.

The Volcon Stag is expected to come in a two-seater and four-seater variant, depending on the configuration. It will also be available with either two-wheel-drive or four-wheel-drive options.

Powered by an 80 kW motor, the Stag should be plenty brawny for most outdoor adventures. Its maximum range of 150 miles (241 km) will likely be able to keep those adventures going all day.

The Stag won’t have the market to itself though. Instead, the model will likely face competition from the recently unveiled Polaris RANGER XP Kinetic. That new RANGER saw a totally redesigned electric drivetrain that was developed as part of a partnership with Zero Motorcycles.