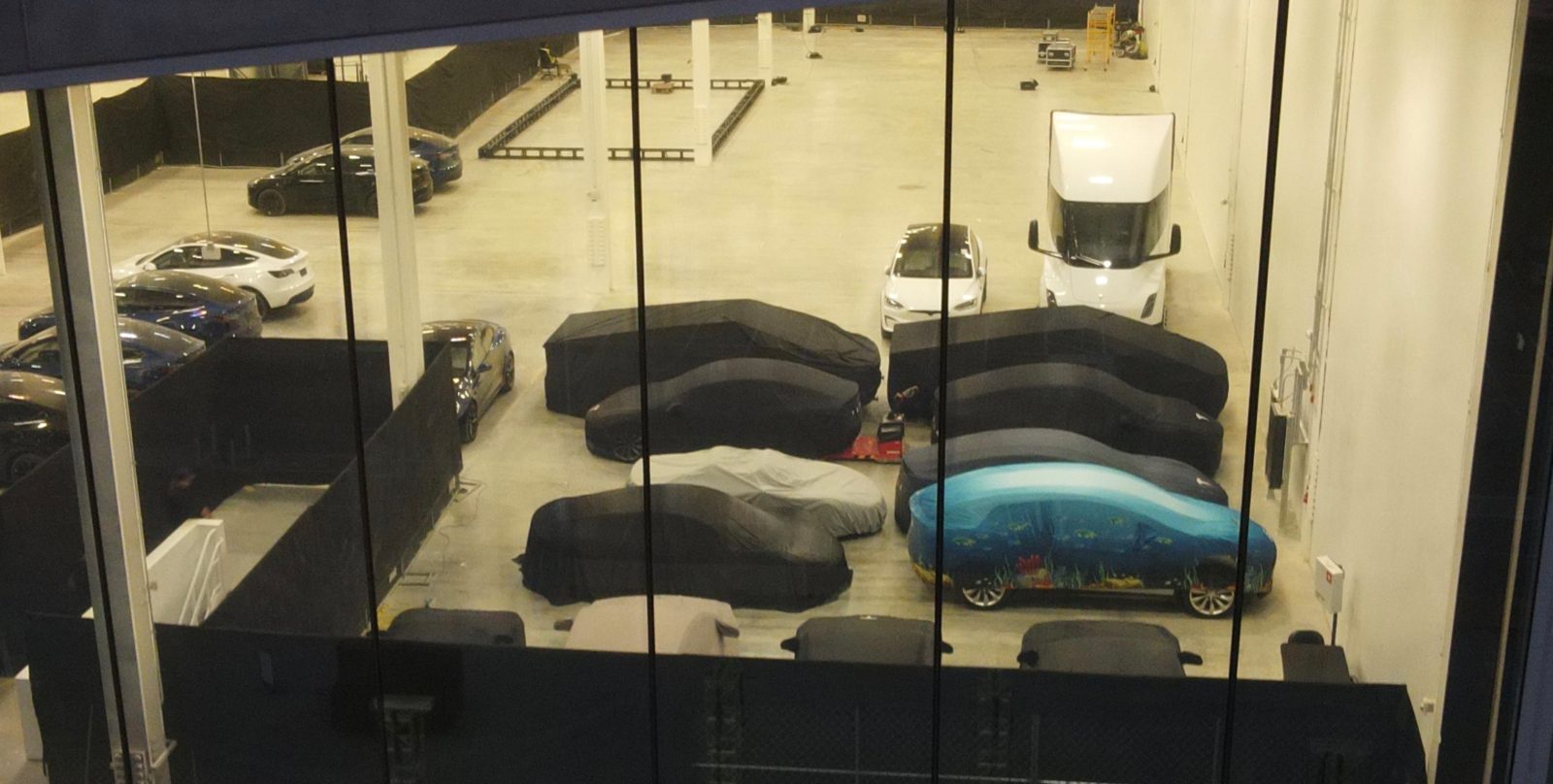 Tesla is about to hold its ‘Cyber Rodeo’ event for the opening of Gigafactory Texas tomorrow, and it might unveil a few surprises there with not one, but two Cybertruck prototypes spotted at the factory in addition to some unidentified vehicles.

Tomorrow, April 7, Tesla is going to hold an event at Gigafactory Texas in Austin called ‘Cyber Rodeo‘. It is expected to be the factory’s grand opening, including the official launch of Model Y production at the plant.

Elon Musk is expected to take the stage, much like he did last month at Gigafactory Berlin, and officiate the launch of the new factory in Texas. This time, it should be a bit different than Gigafactory Berlin, since Tesla is producing a new version of the Model Y at Giga Texas with its new 4680 battery cell and structural battery pack design.

This new version of the vehicle is expected to feature different specs due to the new battery pack, and Musk is likely to talk about the differences during the Cyber Rodeo event.

It could possibly be a new mid-range version of the Model Y that has recently been revealed through an EPA filing.

With the event being named ‘Cyber Rodeo’ and Gigafactory Texas being the future home of the Cybertruck, the electric pickup is also likely to make an appearance.

Last night, drone pilot Joe Tegtmeyer flew over the factory and spotted where Tesla appears to be hiding vehicles to be displayed at the event tomorrow:

We can see the Tesla Semi, which we reported on when it arrived at Gigafactory Texas earlier this week; we also note one but two Cybertruck prototypes. They are undercover, but they are easy to spot because of the unusual shape of the electric pickup truck.

It would be the first time that two Cybertruck prototypes would be displayed at the same place, and at least one of them is expected to be the latest version of the truck. Tesla has delayed the Cybertruck to next year and removed any mention of specs, trims, and pricing from its website.

The automaker said that the production version would feature several upgrades versus the version originally unveiled in 2019. It would be interesting to see if Tesla releases more details at the event tomorrow.

There are several other vehicles that Tesla is trying to hide there:

A few of them appear to be Model Ys, which would make sense since Tesla is expected to unveil the new version of the electric SUV produced at Gifacatory Berlin, but others are harder to identify – the one under a gray cover is extremely small, and could be the new (or old) Roadster.

The one in the front left also has a unrecognizable shape, but I think it could be a Model Y body without all panels – possibly for a display of the latest giga casting technology and structural battery pack. As for the vehicle under the colorful sea-themed cover, I wouldn’t be surprised if it’s the original Model X prototype based on the size and the lack of side mirrors.

What do you think about all these vehicles under covers? Let us know in the comment section below.