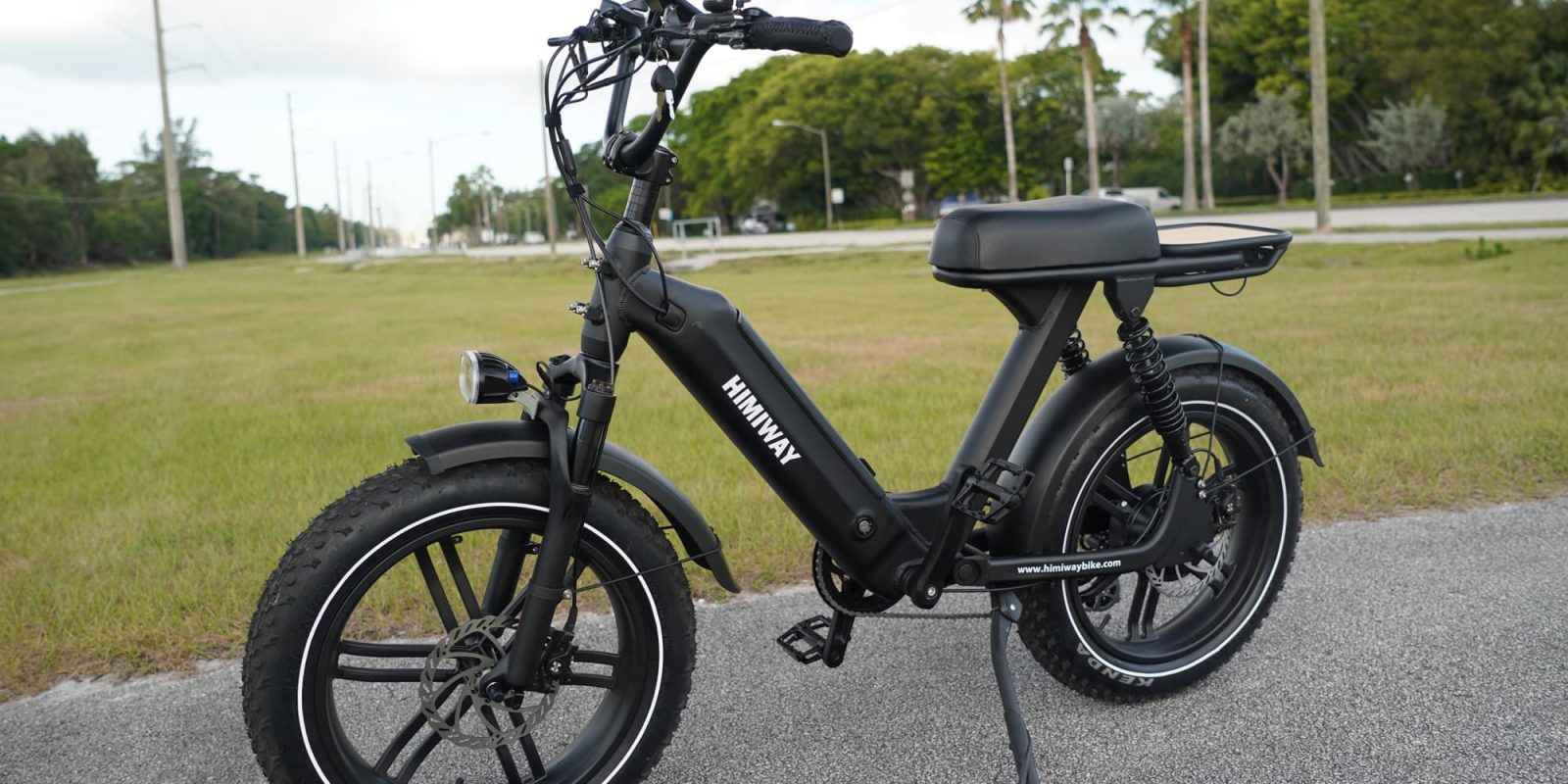 The 750W-rated Himiway Escape uses a step-through style frame that is reminiscent of classic mopeds from the 60s, 70s, and 80s.

It is also often said to take inspiration from other popular electric bicycles, though the e-bike industry is full of shared designs and borrowed ideas.

Regardless of the originality of the design, the updated Himiway Escape Pro certainly boasts some real improvements.

The original model came with a 48V 14Ah battery with 672 Wh of capacity. The updated Pro version now has a 17.5Ah battery that bumps the capacity up to 840 Wh.

The company says it can go 45 miles (72 km) on throttle-only riding, or over 60 miles (100 km) if using the e-bike’s pedal-assist feature to help assist the motor.

Keep in mind that the throttle-only range is based on the out-of-the-box speed of 20 mph (32 km/h). The Himiway Escape is widely known to be unlockable via its display, allowing riders to reach speeds of 28 mph (45 km/h) or higher.

The bike’s wide tires and full-suspension setup makes those higher speeds both comfortable and controllable, and the design feels almost like a small motorcycle at higher speeds. I say that from experience, having reviewed the original Himiway Escape last year.

The improved battery is said to last for 1,000 cycles before reducing to 80% of its original capacity. The bike also now features internally-routed wires that the company claims reduces mechanical failures “in extreme weather conditions by up to 95%.”

Himiway also updated the 6061 aluminum frame and now offers a 10-year warranty on the frame.

Many of the bike’s popular features from the original version remain untouched. The 330 lb (150 kg) weight capacity allows heavier riders to feel confident on the bike, and the combination of built-in lighting and included rear rack/full fender package make the bike a high utility commuter for those that run errands or perform deliveries on their e-bikes.

At 92 lb (41 kg), the e-bike isn’t exactly lightweight. But some may claim that it is relatively lightweight on the wallet at a price of $1,799. That’s not exactly cheap, but it’s on the lower end of the range for high-speed electric mopeds with large batteries like these. And with full-suspension and a pile of included accessories, it’s a pretty decent deal compared to other major players in the space.

For those that want to get a general idea of the bike’s performance, check out my review of the previous version below, which is similar in many ways.