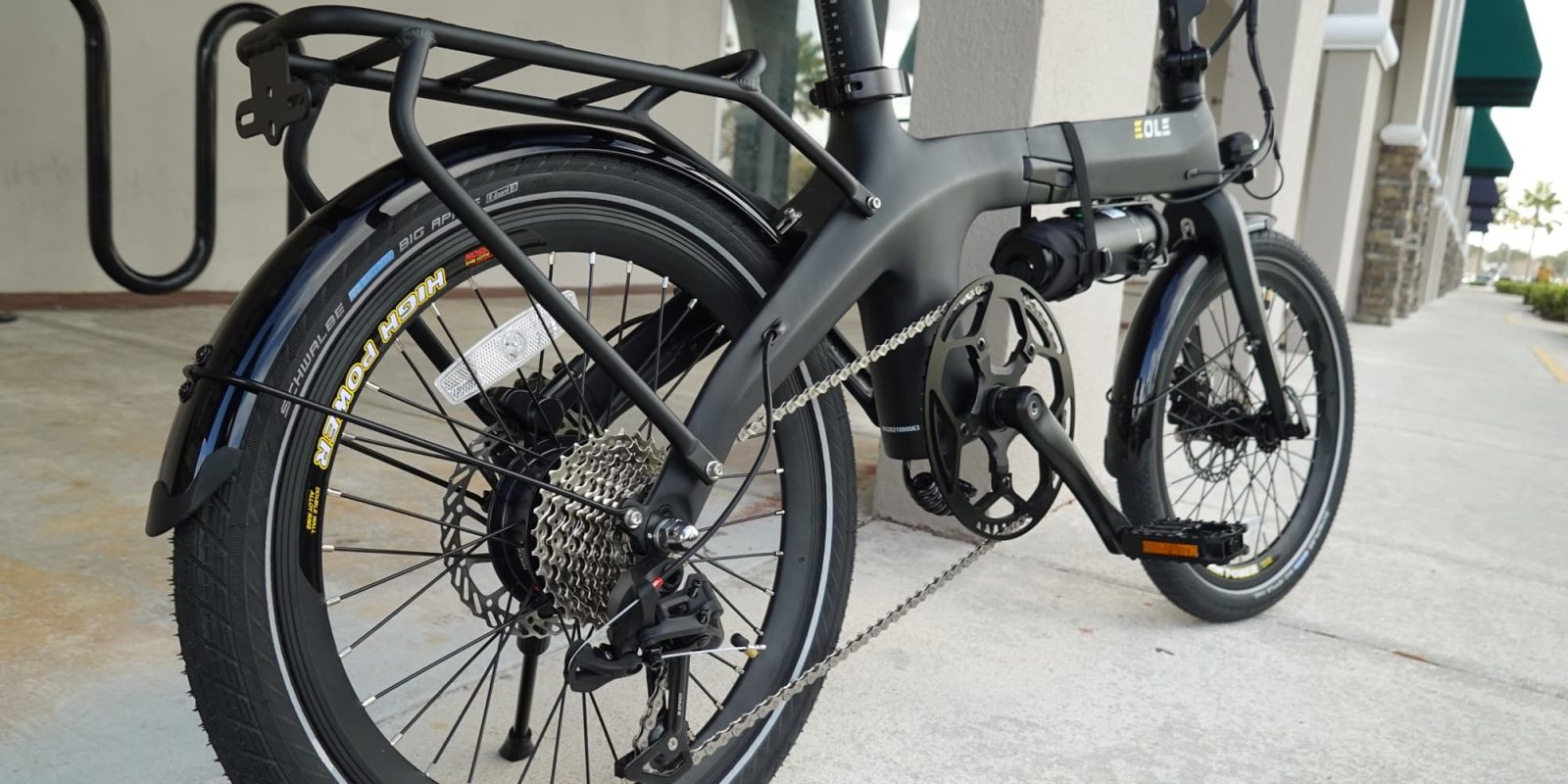 The Morfuns Eole S is an interesting departure from many of the budget-end folding electric bicycles on the market. It features both a lightweight design and some nice components that should make it an awesome urban e-bike for someone on the lookout for a small and unobtrusive folder.

To be fair, we’ve of course seen plenty of lightweight folding e-bikes before.

But when you cut the weight and the battery capacity to shave off the ounces and pounds, throttles rarely tend to survive the chopping block either. That’s usually because small, weak batteries wouldn’t be able to offer very good range on throttle-only riding.

However, unlike most pedal assist-only lightweight folding e-bikes we’ve tried before, Morfuns does us a solid and lets us keep a throttle in addition to the very nice torque sensor-based pedal assist.

There’s even more under the hood here, so to speak. You can see it all in my video review below, or you can keep scrolling to read all of my thoughts on this fun e-bike.

First and foremost, the Eole S is a folding e-bike. It is designed to be small and lightweight, just like an urban folder should be.

The carbon fiber frame and small-ish motor and battery combo help to significantly reduce the weight of the bike down to just 15 kg (33 lb). When you take the battery out, you take a few more pounds off the bike as well, making it even easier to lift. If you’re regularly putting the bike in a car, removing the battery is certainly possible.

You can get an optional seat post lock with a little tubular key if you want to ensure no one else has the ability to take your seat and battery off, which is a good idea if you’ll be locking the bike outside. Though with a bike this small and lightweight (and this expensive, more on that in a moment), perhaps you shouldn’t make a habit of locking it outside too much.

The little battery in the seat post is only capable of holding 230 Wh of capacity, which is less than most e-bikes. With the torque-sensor enabled pedal assist, you can stretch that out to around 50 km (31 miles) of range, or perhaps even a bit further if you keep it in the lowest level pedal assist. At Level five pedal assist, you might drop below 40 km (25 miles). If you use the optional throttle accessory, definitely expect to get less range.

The range won’t drop as quickly as you’d expect though, partly because the bike just isn’t that fast or powerful. It maxes out at an EU-legal 25 km/h (15.5 mph), meaning it doesn’t need a particularly powerful motor.

The little 250W motor in the back applies the power slowly, but it gets you up to speed after several seconds. This is absolutely not a powerhouse of an e-bike, but the slow application of power makes it more efficient, as does the torque sensor-based pedal assist.

If you need even more range, there’s a nifty little auxiliary battery option that straps right onto the frame and looks like a water bottle. You have to swap the connector from your main battery (which plugs in at the bottom of the seat post) over to your spare battery whenever you want to use it, but it isn’t a terribly clunky operation. And the ability to instantly double your range is a very nice feature to have.

Other nice parts on the bike include the hydraulic disc brakes, the nine-speed transmission, the included fenders, and the LED lights.

You’ll have to pay extra for that second battery, the rear rack, and the throttle. The $59 charge for the rack feels a bit steep, though the $259 second battery is fairly reasonable, as far as extra battery prices go. The $29 throttle upgrade isn’t terribly expensive, though it’d be nice if that was just included standard.

But in the realm of lightweight folding e-bikes, they’re already going to be expensive. The last carbon fiber folding e-bike I tested cost 3.5x the price of the Morfuns Eole S, so keep in mind that everything is relative.

You’re not going to get a lightweight carbon fiber e-bike with some pretty nice tech for a bargain-basement price. And even though the performance isn’t peppy, that’s not really the point of the bike. It’s not a high performance design. Instead, it’s all about being as light and easy to use as possible for urban dwellers with limited space.

So for a fraction of other ultra-light electric folders, Morfuns seems to have done a very nice job here.