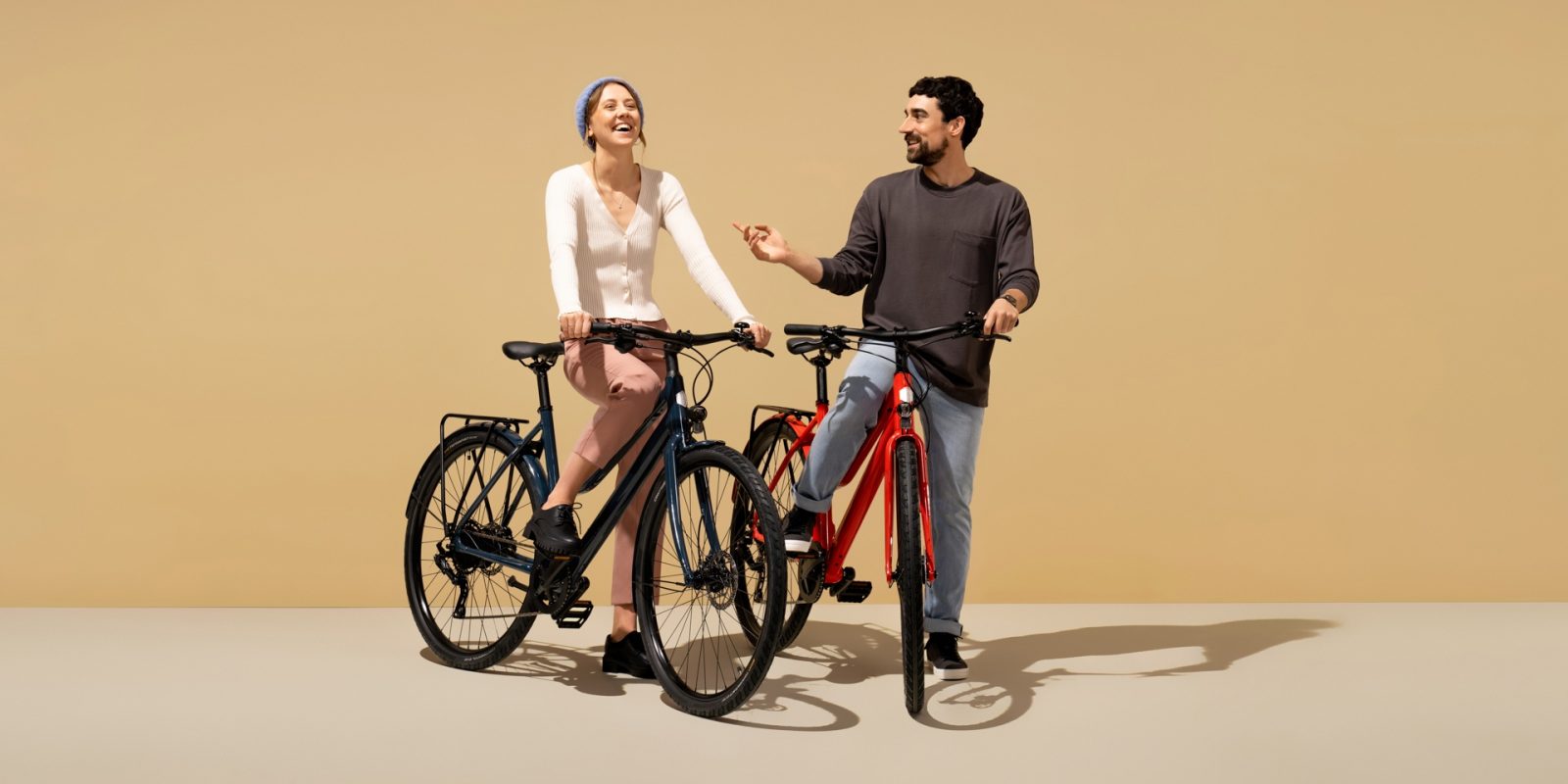 Ampler Bikes, the Estonian-based manufacturer of some of the sleekest and stealthiest e-bikes we’ve tested, has just unveiled three more big updates to the company’s lineup. Following on the heels of two new models announced last week, now the Ampler Stellar, Curt, and Stout are all getting Generation 2 updates that see the bikes packed with new tech and features.

The three models previously existed in Ampler’s lineup, but the new generation is giving them a nearly complete internal makeover.

The new e-bikes, which run the gamut of urban e-bike designs from nimble street bikes to more relaxed and elegant city bikes, all share a number of new upgrades to the electronics.

A new display has been built directly into the top tube of the bikes, flush with the tubing for an inconspicuous design.

The new power button is located underneath the display and out of sight, making it even harder to tell that it’s an electric bike.

There’s also no big battery to serve as a giveaway. Instead, the updated 336 Wh battery with a new smart BMS is housed in the downtube. It’s removable for servicing, but not for daily on-and-off charging. Instead, it is charged on the bike using a magnetic charging cable. Around 2.5 hours is all that is needed to recharge the battery, putting another 70 km (43 miles) of electrically-assisted range back into the bike.

These are of course European e-bikes, and that means no throttle. Pedal-assist alone will get the bikes up to 25 km/h (15.5 mph), after which the motor-assist trails off and you’ll be responsible for pedaling up to even higher speeds. The inclusion of a torque sensor means that the peppy little 45 Nm hub motor should deliver a smooth and responsive level of assist that is calculated based on the rider’s own pedaling effort.

The elegant design of the bikes includes internally routed shifter cables and hydraulic brake hoses, cutting down on clutter and maintaining the bike’s neat and tidy appearance.

The inclusion of GPS in all of the new models provides even more features, as the company explained:

“All new Ampler e-bikes come with an integrated GPS functionality that allows owners to locate and remotely access their bikes at all times. Ampler bikes can still be used without a smartphone, but the app – developed in-house – and soon accessible to all Ampler models, did see a big upgrade offering statistics, greater control and security functionality, e.g. locking the power button and thus motor from unauthorized use.”

While the tech in the e-bikes is similar, the individual models feature their own unique geometries and loadouts.

The Ampler Curt is your prototypical nimble street bike. Its short and straight handlebars make for quick maneuvering, and its optional belt-drive single-speed or 11-speed format turns it into either a simple commuter or a great fitness e-bike.

Between the carbon fork and minimalist design, the bike weighs just 14.4 to 15.7 kg (31.7-34.6 lb), depending on the single-speed or 11-speed loadout. The bike was designed to be light and sporty, and it appears to have nailed it on both accounts.

The Ampler Curt comes in three sizes and includes fenders as well as LED lights, with a front headlight mounted above the fork and a rear tail light built directly into the seat post. The Curt starts at €3,190.

The Ampler Stellar is designed for more of a comfort ride, with a somewhat more upright riding position, slightly sweptback handlebars, and more comfortable grips and saddle. It comes with a nine-speed transmission and a higher torque motor, making it better for hill climbing.

The bike comes in two frame sizes, with the smaller frame offering a comfortable experience for riders down to just 160 cm (5’3″), while the larger frame fits riders up to 185 cm (6’1″).

We previously reviewed the first generation of the Ampler Stellar and found it to be an e-bike that rides as beautifully as it looks.

One of Ampler’s hallmarks is performing as much of the e-bike design and fabrication process as possible itself. Since 2016, the company has drawn on its community of riders, now numbering over 15,000, to inspire new updates and guide the company’s direction. In previous conversations with the Ampler team, I’ve personally learned about how Ampler tries to in-house wherever they believe they have additional value to add. All of Ampler’s bikes are engineered and assembled in the company’s own factory in Estonia. The company has designed its own software and even has its own powder-coating center to ensure that the frames’ finishes are of the highest standard possible.

While Ampler is a direct-to-consumer company, it has expanded its retail offerings in addition to website sales. The new models will soon be available for test rides at the company’s showrooms in Berlin, Cologne, Amsterdam, Tallinn, and Zurich. Ampler also has ambassadors in more than 30 cities across Europe and will be announcing a new partner store in Norway for test rides beginning in April.