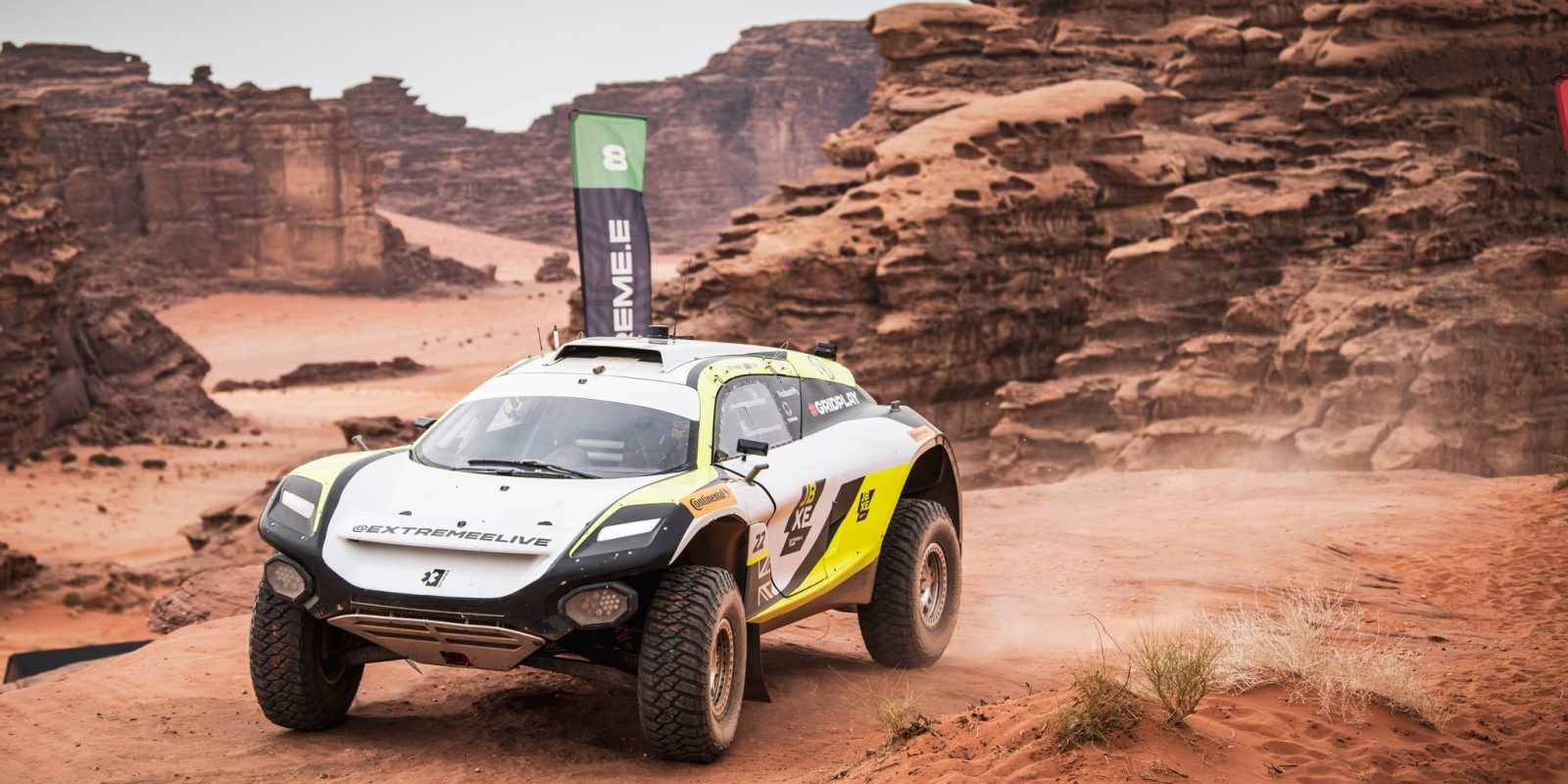 Extreme E returns to the desert for the start of its second season with the Desert X Prix in Neom, Saudi Arabia this Sunday.

The electric off-road racing series started last year with a dual focus on racing with sustainable technologies while bringing attention to environmental issues across the globe.

Every Extreme E race location is picked to bring awareness to one aspect of how humans are affecting the world around us. This one, the Desert X Prix, brings desertification into focus. As the climate changes and gets warmer due to human activity (including carbon emissions, which Saudi Arabia themselves play a large part in providing), fertile land can degrade and shrink, turning into desert terrain due to drought and higher average temperatures (or due to over-farming).

This has famously happened in the “fertile crescent” – the area in the Middle East, not too far North of the Desert X Prix’s race location, where human civilization first flourished due to the region’s exceptional fertility. That fertility has waned over time due to human activity, turning formerly fertile lands into desert.

The four other races this season focus on issues related to their locations as well:

The championship also has a unique team structure, with each team having one male and one female driver. These drivers equally share driving duties across the weekend, each spending 50% of the time in the car. Motorsport historically has been a male-dominated venture, so this is a big step for motorsports in general.

Extreme E is a “spec series,” which means all teams race in the same “Odyssey 21” racecar provided by Spark Racing Technology, the same company that builds Formula E’s chassis (along with Dallara). The battery is built by Williams Advanced Engineering, which provided the batteries for the Gen 1 Formula E car. The car is carried over from last season without changes.

Neom, the location of this year’s Desert X Prix, is the name of a future planned city concept that will be sited in the Northwestern Tabuk province of Saudi Arabia. While the city is not built yet, plans call for the $500 billion city project to be powered entirely by renewable energy – which probably influenced Extreme E’s choice of it as a race location. Though the plans are not without controversy.

The last Desert X Prix was held in Al-‘Ula, also in Northwest Saudi Arabia, on large desert sand dunes. While the cars looked great on the dunes, the loose sand led to huge “rooster tails” of dust behind running vehicles, making it very difficult for cars to follow closely. As a result, whoever got an early lead in the first turn or two had an easy time maintaining that lead, as following cars had to drop back.

There have been some changes to the rules for this season, with qualifying now consisting of two five-car heats to determine semi-final placing, and the final being a five car race determined by those semi-final races. It’s all quite confusing and we’re sure there will be tweaks and changes, just as there were last season.

But putting five cars in each qualifying round will probably magnify the importance of being first into the first turn, if the dust problem persists on the new course. The course surface is different and more varied than last year’s, but we still expect a lot of sand to be kicked up. This means there should be some real elbows-out racing at the start of each round this weekend.

There are changes to the driver and team lineup, with a few new drivers and a lot of shifting from team to team:

Some drivers have changed teams, but the big news is McLaren’s entry into the sport. McLaren is one of the highest-profile racing teams in the world, competing in Formula 1 since the 1960s with more race wins than any team other than Ferrari.

This will be McLaren’s first entry into all-electric racing, and due to Extreme E’s 50% male/female driver split, it also means the first time McLaren has ever raced a female driver. Perhaps it’s a little late for those two milestones, but nevertheless, it feels like a nice step forward for motorsports.

With Extreme E’s focus on environmental advocacy, each race offers an opportunity for the series to help solve problems with local ecosystems. Extreme E partners with local charities to establish a “legacy program” at each race location, hoping to leave a lasting impact. At the Desert X Prix, Extreme E is once again partnering with the Ba’a Foundation, a local charity focusing on Red Sea conservation efforts, especially around endangered sea turtles. Extreme E also hosted a tree planting in advance of the X Prix.

Alejandro Agag, founder of Extreme E and co-founder of Formula E, has also just announced a new planned support series, “Extreme H,” which will race in the same locations as Extreme E on the same weekends. This championship will involve hydrogen-powered EVs and is planned to start during season 4 of Extreme E. Prototype vehicles will be built next year, essentially just swapping the Odyssey 21’s battery for a hydrogen fuel cell and keeping the electric powertrain.

Extreme E already uses hydrogen for energy storage to charge their EVs through mobile fuel cell units, as hydrogen is more portable than batteries and there are no power grids where they host their races. The hydrogen is generated through solar power, and Extreme H will plan to generate their hydrogen the same way.

Last season was essentially a two-team contest, with Rosberg X Racing and X44 neck-and-neck throughout the season – teams owned by former F1 teammates and champions Nico Rosberg and Lewis Hamilton. At the final race they finished the season with the same number of total points, but Rosberg X Racing won the championship due to tiebreakers – RXR won three races to X44’s one.

On the way to the championship, we were treated to some really spectacular racing (though the first race in the desert was a little less racey, due to the dust issue), with unpredictable races across difficult terrain. There were a lot of wild moments at various races, and the electric SUVs looked great clambering over rocks, up sand dunes, and off of muddy ramps, so it’s certainly worth tuning in to see what happens.

The Desert X Prix happens on Sunday at 12 p.m. UTC (4 a.m. PST, 7 a.m. EST, 3 p.m. local Saudi time) and will be streamed to some but not all territories. You can find out how to watch it on Extreme E’s website. In the USA, Fox Sports 1 will carry the final race delayed at 10 p.m. PST/1 a.m. EST on Sunday night/Monday morning and will show an hour-long highlight program on Monday night at 5 p.m. PST/8 p.m. EST (listings subject to change, check the schedule for timing of other sessions). You’ll be able to find some pre-race events and behind-the-scenes coverage streamed on Extreme E’s social media.