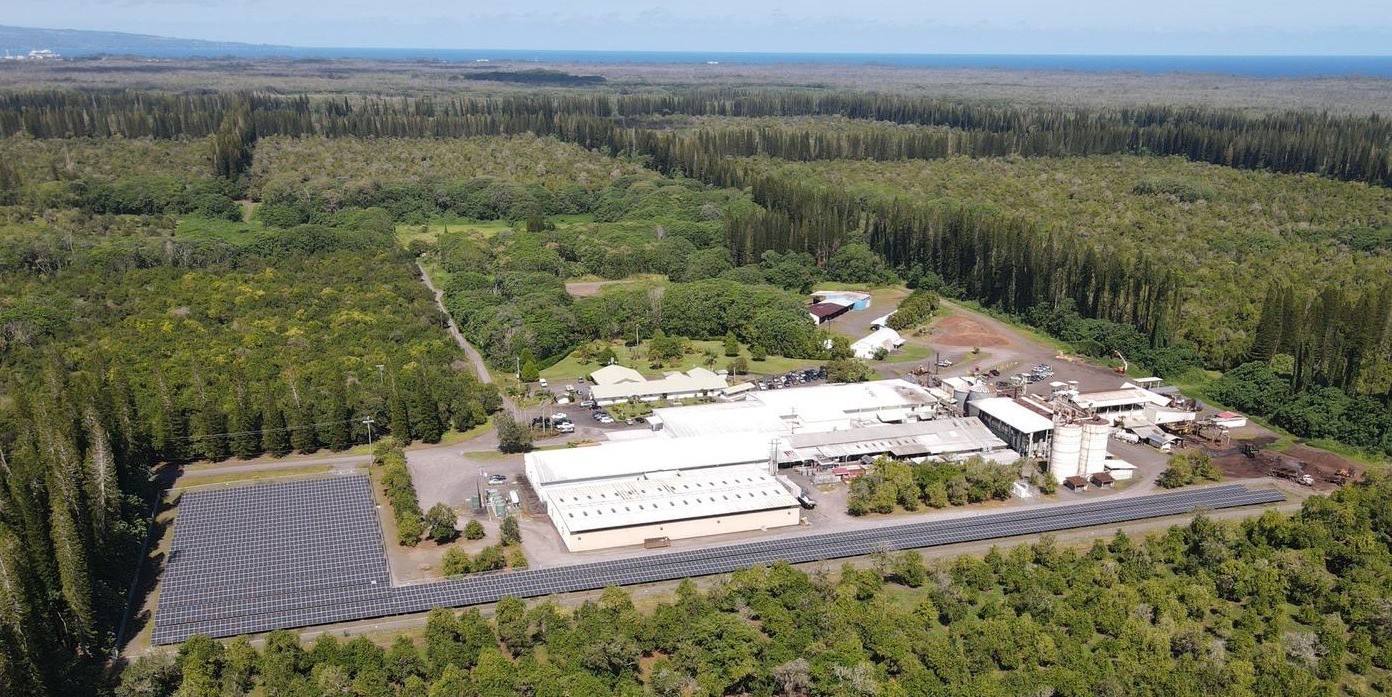 The system, which was developed by Schenectady, New York-based solar and storage company DSD Renewables and Maui-based renewable energy developer No Ka Oi Energy, is expected to generate 1.55 million kWh of solar energy annually, avoiding over 1,000 tons of carbon dioxide equivalent each year.

No Ka Oi Energy brought the project to DSD, which will be the long-term owner and manager of the solar and storage system.

Mauna Loa’s Hawaiian crop of macadamias are grown with rainwater, making the macadamia one of the most sustainable nut varieties. The company also uses the whole nut during its production process, cleanly burning the shells to create renewable energy and composting the nut husks to enrich the local community’s soil.

This project nicely complements Mauna Loa’s on-site water and wastewater system, and with the addition of the renewable power system, our Kea‘au facility can now be 100% self-sustained. We will continue to learn and take action to minimize our environmental impact as much as possible and care for our ʻāina [land].

Nuts are tasty and nutritious (as long as you don’t have a nut allergy). But a lot of nuts, such as almonds, cashews, and pistachios, aren’t very sustainable, because they require a lot of water to produce.

Macadamias, as we previously mentioned, are much more sustainable when it comes to water needs, and Mauna Loa getting onto 100% clean energy makes the tasty but costly nut even more sustainable.

Now if the company could just figure out how to eliminate the flight emissions produced as the nuts are shipped out of Hawaii to retailers, even better, but this shift to clean energy production certainly doesn’t hurt.

Read more: Hawaii’s Big Island is getting one of its first utility-scale solar farms