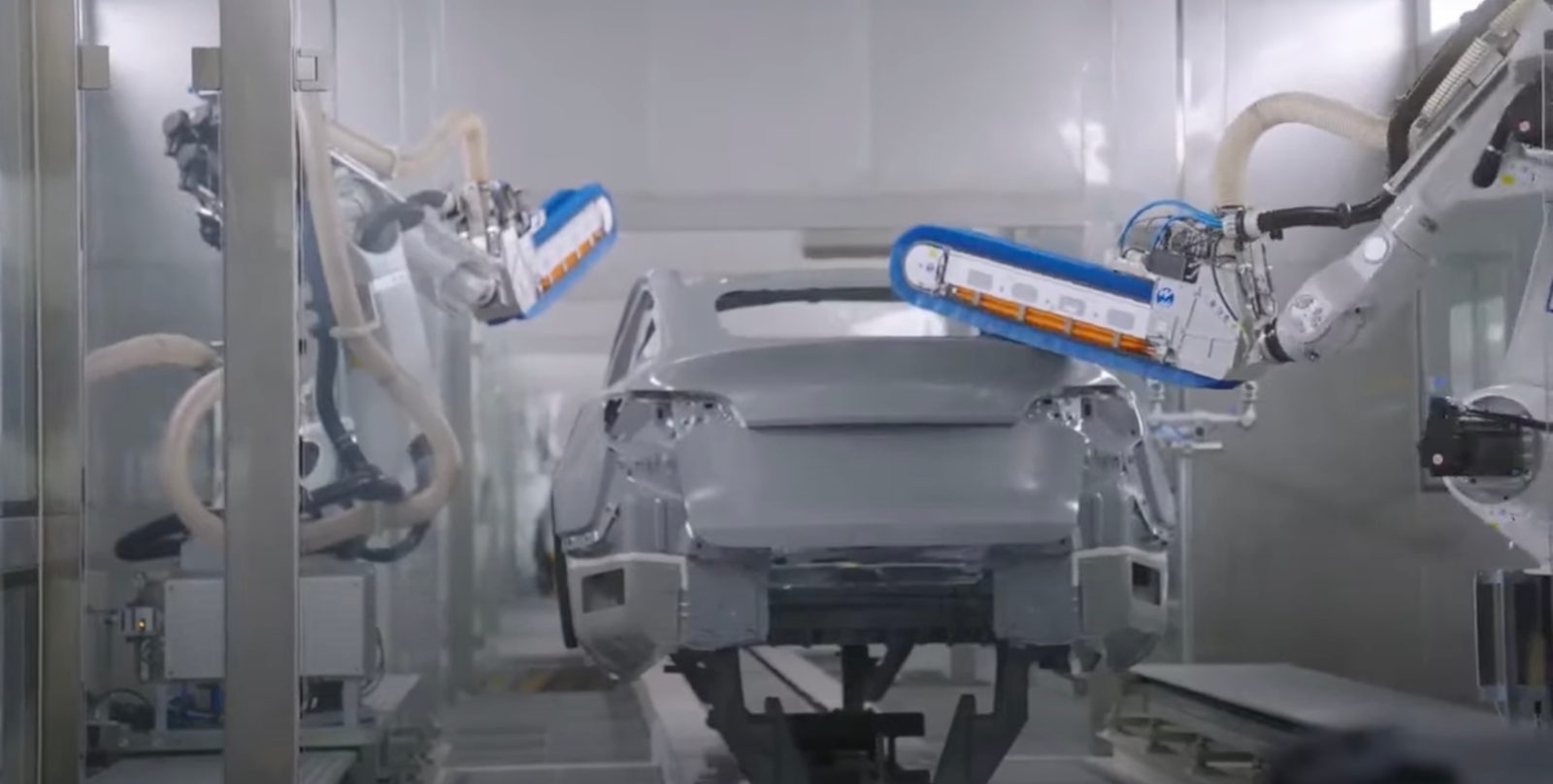 Tesla has released a quick sneak peek of the paint shop inside Gigafactory Berlin, which the automaker has been taunting as “its most advanced paint shop” yet – and it should enable new colors.

It’s literally has been years since Tesla has launched a new vehicle paint color.

Back in the early days of the Model S, Tesla used to offer a variety of colors, but the automaker decided to streamline options, and it now offers only a handful of color options that have remained the same for the last few years.

CEO Elon Musk has been talking about Tesla finally releasing new colors, but it has been linked to a new “most-advanced paint shop” at Gigafactory Berlin.

“Giga Berlin will have world’s most advanced paint shop, with more layers of stunning colors that subtly change with curvature.“

Now Tesla has released a new sneak peek inside its paint shop at Gigafactory Berlin:

The automaker released the video as part of a recruitment effort as it started listing several new positions inside the paint shop.

While Musk described it as “Tesla’s most advanced paint shop,” a new paint shop with similar capacity is also expected to be deployed at Gigafactory Texas. It’s just that at the time of the comment, the company likely expected Gigafactory Berlin to be in operation first.

Delays in obtaining regulatory approval to start production at the new plant have allowed the Gigafactory Texas project to catch up.

Nonetheless, we might soon be finally seeing the new colors that this new paint shop will allow.

The first one, Deep Crimson, is something that Musk already announced, and he has been spotted driving a Model S with the new color.