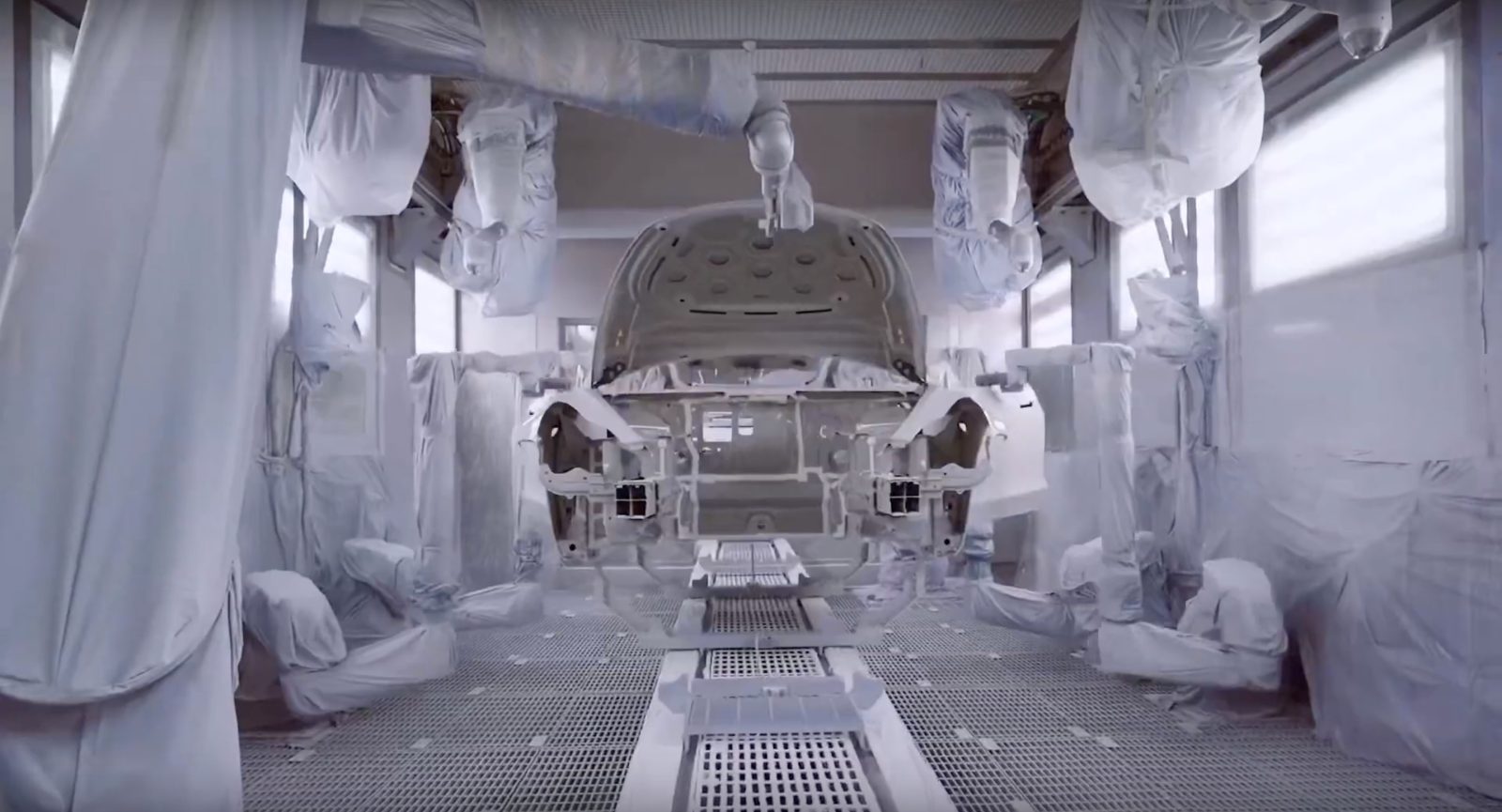 Tesla CEO Elon Musk says that the automaker will introduce new multi-layered paints for Model Y with what he claims will be the “most-advanced paint shop” at Gigafactory Berlin.

“Any customer can have a car painted any color that he wants so long as it is black,” is what Henry Ford supposedly said when asked why Ford was not offering different colors for the Model T.

When first launching the Model 3, Tesla only made a black color option standard, and everything cost a $1,000 or more premium — sort of following in Ford’s footstep.

Much like Ford’s obsession with efficiency, Tesla also limited the option to streamline production.

Over the years, Tesla has discontinued several color options, like brown and green, and changed its standard color to white.

When asked about Tesla adding more color options, CEO Elon Musk also mentioned that it was adding too much complexity to Tesla’s service.

Now Musk announced that Tesla will have a new more advanced paint shop at Gigafactory Berlin:

Giga Berlin will have world’s most advanced paint shop, with more layers of stunning colors that subtly change with curvature.

The CEO didn’t elaborate on what specific improvements other than “more layers” the new paint shop will have, but Tesla is already offering “multicoat” options on its vehicles.

He added that Model Y will be the first Tesla vehicle to have the new colors.

Tesla is currently building Gigafactory Berlin in Germany, and it is expected to be complete by the summer of 2021 to first produce the Model Y.

Musk says that the new paint shop and colors will make it to other vehicles, but it can take a while:

To be clear, Fremont and Shanghai will also be upgraded over time, but it’s hard to retrofit these improvements to an operating paint shop.

As we recently reported, Tesla built a new paint shop for Model 3 in Fremont, and it plans on recommissioning its former paint shop as it increases Model Y production.