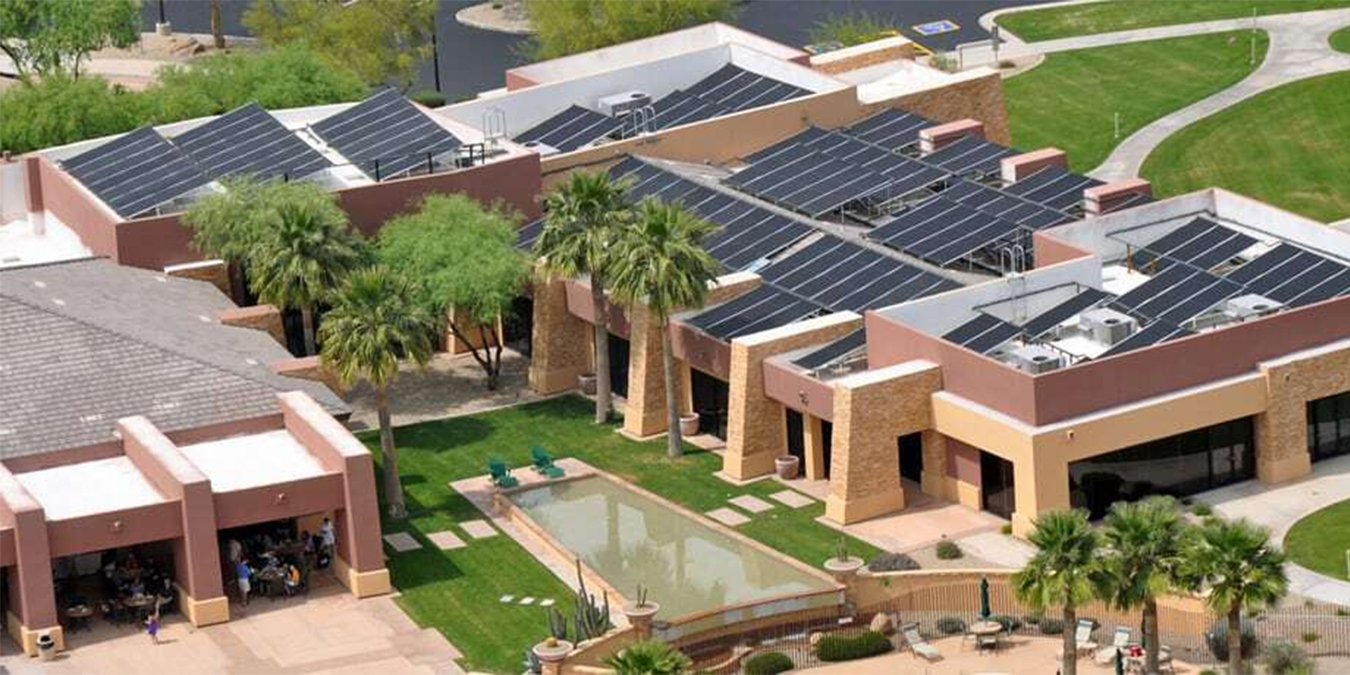 A federal appeals court yesterday ruled that Arizona utility Salt River Project, which services most of the Phoenix metropolitan area, can be held liable for violating antitrust laws because it charged customers who own rooftop solar panels higher electricity rates.

A three-judge panel of the 9th Circuit Court of Appeals unanimously ruled that, according to Tucson.com, “there is sufficient evidence that could show the price structure was designed to deter the competitive threat of solar energy systems and to force consumers to exclusively purchase electricity” from Salt River Project.

The case will go back to a trial judge, who will determine what the damages are to Salt River Project rooftop solar customers.

Salt River Project used to offer a net metering system that gave rooftop solar owners credit for excess power they generated. But in 2014, the utility adopted a new pricing plan that said “solar customers who still need to be hooked up to the utility for times when solar is not available can be charged up to 65% more than under prior plans. Yet at the same time, rates for non-solar customers went up about 3.9%.”

In February 2015, the [Salt River Project] board of directors approved the new pricing scheme. At the same time, it adopted a rate increase for its non-solar customers of only about 3.9%. After adopting the new pricing scheme, SRP undertook a $1.7 million advertising campaign to promote its increased rates for solar customers. Not surprisingly, applications for solar-energy systems in [Salt River Project] territory decreased by between 50 and 96%.

[T]he plaintiff need only show that diminished consumer choices and increased prices are the result of a less competitive market due to either artificial restraints or predatory and exclusionary conduct.

Jean Su, director of the energy justice program for the Center for Biological Diversity, said:

This is a game changer in the struggle to defend rooftop solar against utilities’ all-out war on clean, affordable, climate-resilient energy.

For the first time, a federal court has said utilities can be liable under antitrust laws if they attack rooftop solar.

The future for renewable energy just got a light [sic] brighter.

As Jean Su said, this ruling is a game changer, and not just for Arizona. Americans generally do not have a choice in which utility they use for electricity, and what Salt River Project did to its rooftop solar customers was completely unfair.

Salt River Project’s homepage features a banner that proclaims, “We’re building a sustainable future in Arizona.” Are you, Salt River Project? Or is that just more greenwashing that has become so common among utilities and big corporations?

Rooftop solar customers are sick of having to battle for the right to use clean energy without being penalized for doing so. Pretty stupid move on this Arizona utility’s part, seeing how all Arizona utilities’ electricity has to be net-zero by 2050. Good on “Ellis” for fighting this utility in court – it’s a big win.

Read more: Arizona utilities’ electricity to be 100% carbon-free by 2050