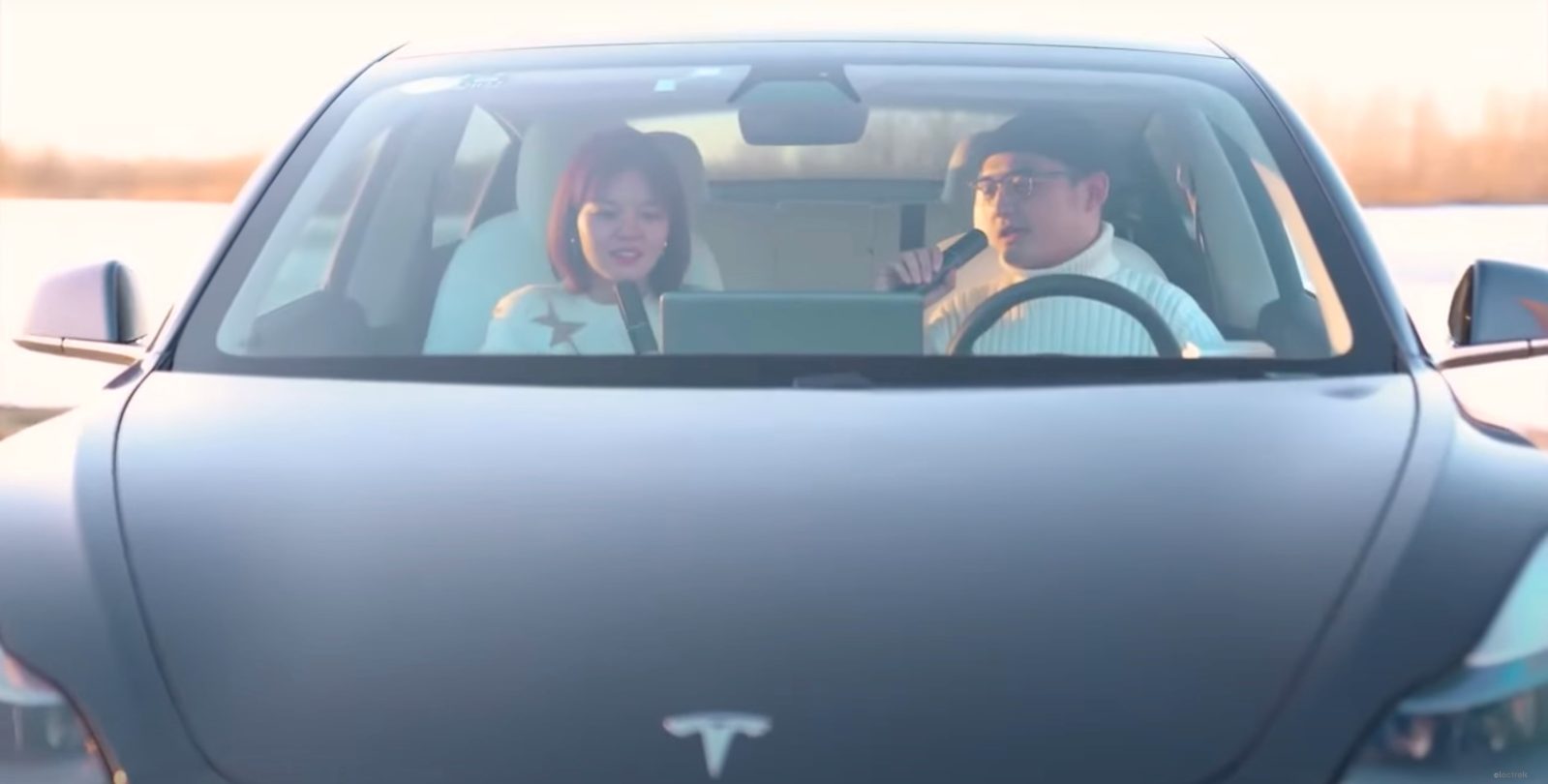 Tesla has launched a new product: a microphone called ‘TeslaMic’ designed for its in-car karaoke system.

It’s only available in China for now.

Like in the rest of the world, Tesla often bundles up features for a bigger end-of-the-year software update that most often includes some fun features.

The company released the ‘TeslaMic,’ a microphone designed to work with Leishi KTV, a karaoke system that is being included as part of the update.

The webpage to order the new microphone, which comes in a set of two, has been crashing.

With the release of its V10 software in 2019, Tesla launched a new in-car ‘Caraoke’ feature to its vehicles. It plays a limited list of songs with lyrics appearing on the center display.

But in the new 2022.2.1 software update in China, the company is launching a more complete karaoke system using Leishi KTV’s interface and catalog, and running on the in-car computer:

According to Tesla’s description, the TeslaMic pairs automatically with the system and it comes equipped with a few sound modes to help out the singers.

It can also be used outside Tesla vehicles, as the automaker showed in a video demonstration of the 2022.2.1 software update released on its official Weibo account:

TeslaMic is only available in China, but as we recently reported, the automaker expanded its US trademark to audio products. It could mean that Tesla is preparing to launch the TeslaMic in other markets.

Karaoke is a hugely popular hobby in many Asian countries, and it has gained in popularity in China over the last decade, with the mainland now reportedly having over 50,000 karaoke venues.