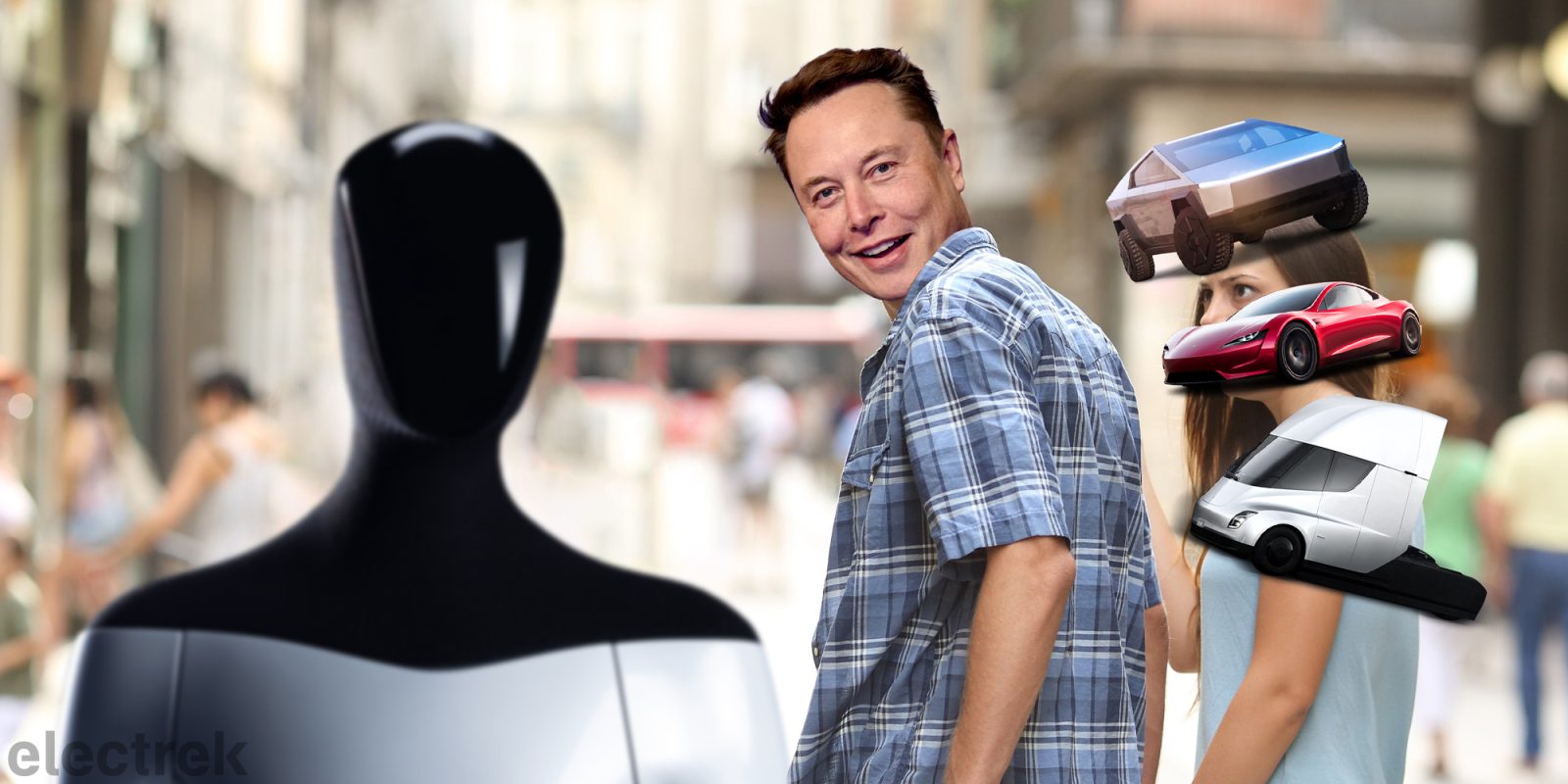 Elon Musk announced that Tesla is going to be shifting its product development to make Tesla Bot, a humanoid robot also known as Optimus, a priority in 2022.

This is quite a surprising change of strategy.

When Tesla Bot was announced, Musk presented the project as something Tesla could do by leveraging existing work and parts from the development of self-driving technology, and if they don’t do it, someone else will, and they might not do it as well or as safely as Tesla can.

The CEO said that Tesla was aiming to have a prototype of the humanoid robot ready by the end of 2022, but it certainly didn’t appear to be a priority for the company.

Many saw it as another recruiting opportunity for Tesla as the company was trying to secure AI talent to help advance its self-driving efforts.

In the last few weeks, we noted what appears to be a shift on the Tesla Bot, now known as “Tesla Optimus” as Musk says that the name is sticking.

Musk announced that Tesla could play a role in making Artificial General Intelligence (AGI) a reality through the humanoid robot project.

Then yesterday, we reported on Tesla’s AI director, Andrej Karpathy, stating he “believes ‘Tesla Bot’ is on track to become the most powerful AI development platform.”

It became clear that the humanoid robot powered by Tesla AI is becoming a more important project within the company.

In terms of priority of products, I think actually the most important product development we’re doing this year is the Optimus humanoid robot.

Product development generally refers to the process of bringing a product to market.

With Cybertruck expected to be Tesla’s next product launch, it was expected that it will be the product development priority in 2022 for a launch late this year, but the electric pickup truck was delayed again.

During the announcement, Musk reiterated that he believes Tesla’s upcoming robot can help solve labor shortage:

I think “Tesla Optimus” has the potential to be more significant than the vehicle business over time. If you think about the economy, the foundation of the economy is labor. Capital equipment is distilled labor. So, what happens if you don’t actually have a labor shortage? I’m not sure what an economy even means at that point. That’s what Optimus is about. So, very important.

The CEO also said that the first use of Tesla Optimus will be at the company’s own factories as he stated “if we can’t find a use for it, then we shouldn’t expect that others would.”