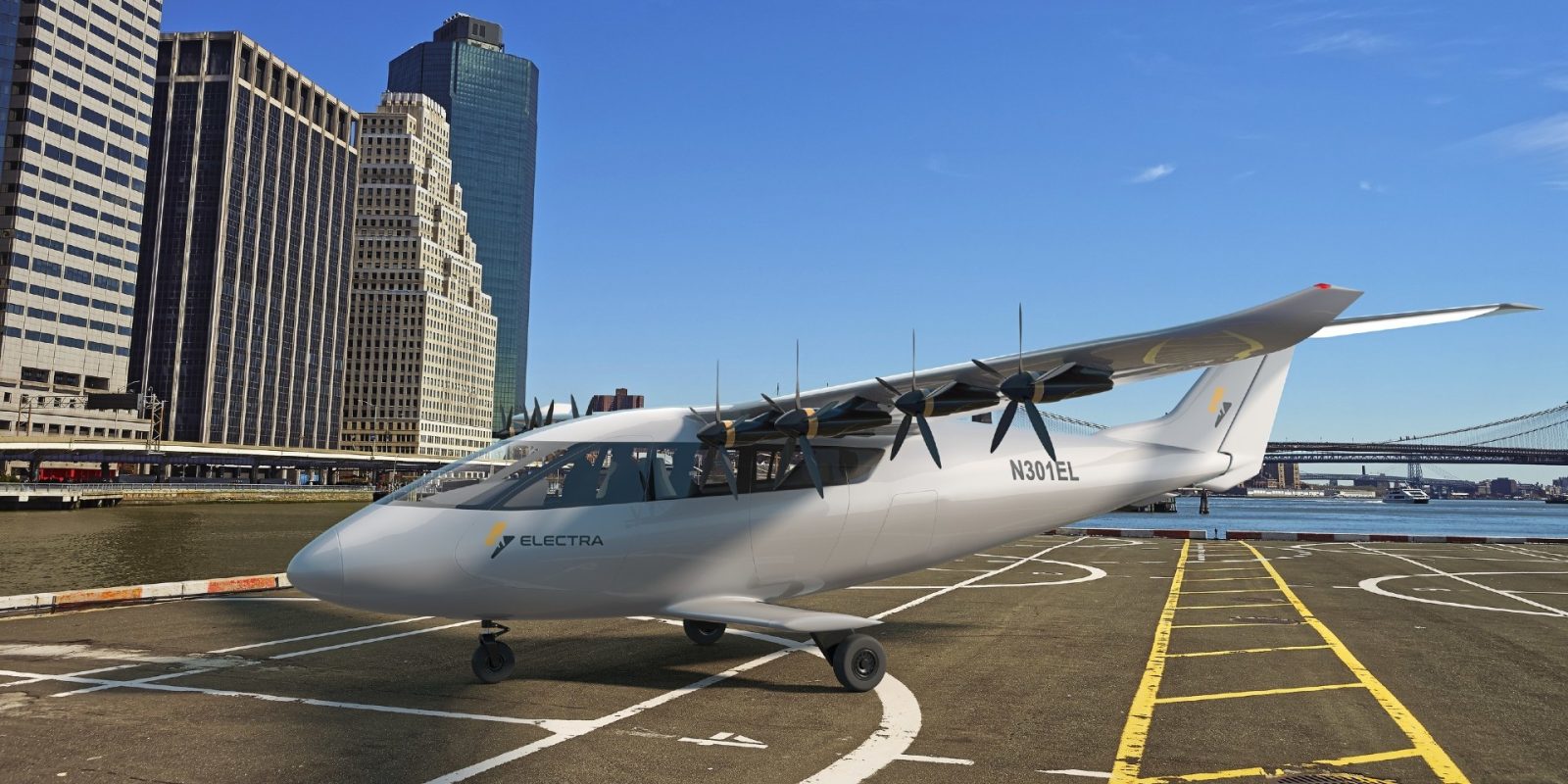 The Electra hybrid-electric eSTOL aircraft is designed to be able to take off and land from spaces as small as 300 x 100 feet, using a patent-pending “distributed electric propulsion and blown lift technology” that’s not totally unlike the blown diffusers used in the V8-era Formula 1 cars – only, you know, upside-down.

When it was in use in the race cars, it directed fast-moving exhaust air into a sculpted “diffuser” at the rear of the car. The speed and pressure difference between the air above the car and the air below the car, in the diffuser, effectively “sucked” the car down to the road, allowing for massive cornering grip far beyond anything civilians are likely to have ever experienced. The Electra turns that idea on its head, using the same principles in reverse to quickly generate a buttload of lift in a matter of seconds.

Electra claims its blown wing technology can help the aircraft deliver more than twice the payload and “an order of magnitude longer ranges” (their words) with substantially lower operating costs than the fully vertical take-off eVTOLs that have been making headlines of late – and with a much lower certification risk.

Crucially, the Electra concept’s claimed performance figures aren’t based on any “future” technology. The company claims it’s ready to deliver on its speed and range targets today. A claim that seems to have helped drive Lockheed Martin’s decision to invest. “Electra’s technical approach to sustainable aviation is differentiated, and we are excited to see this concept mature,” explains Chris Moran, Vice President and General Manager of LMV. “We invested in Electra because of its focus on hybrid-electric technology. Hybrid-electric aircraft have the potential to deliver operational and environmental advantages over other aircraft, including increased payload and range without gambling on battery improvements.

What makes it a hybrid

The Lockheed-backed Electra eSTOL concept’s propellers are driven by high-efficiency electric motors that draw electricity from on-board batteries. The batteries can be charged with a plug while the plane is grounded and where such infrastructure is available. Where it’s not, an on-board gas turbine generator can be spun up to a high rpm – where thermal efficiencies are greatest – and charge the batteries up, Chevy Volt-style, to take flight again.

When needed, the generator can also recharge the Electra’s batteries during flight, significantly increasing the aircraft’s range.

The first Electra eSTOL proof-of-concept prototype is expected to be completed later this year, and will be designed to transport up to 1,800 pounds of cargo or up to nine passengers on trips of up to 500 nautical miles. With its minimal need for infrastructure, the eSTOL aircraft could be used on the roof of existing parking garages and shopping centers, as well as remote landing strips and even urban highways, making everything from “on-demand intracity flights to medical missions, cargo transportation, and scheduled passenger service” possible.

The global urban and regional advanced air mobility market that Electra hopes to serve with its eSTOL aircraft is forecast by analysts to be valued between $250 billion and $1 trillion by 2040.

The recent wave of eVTOL aircraft promise a flying car future that takes the shape of people flying around in big, autonomous drones. As cool and futuristic as that all seems, it also seems pretty sketchy at times.

The Electra eSTOL concept? That seems to be much closer to reality, and seems like it could be just as easily put into place with the right partners. If I was putting down my own money? I’d wager that Lockheed Martin knows the space better than anyone, and follow in their footsteps.