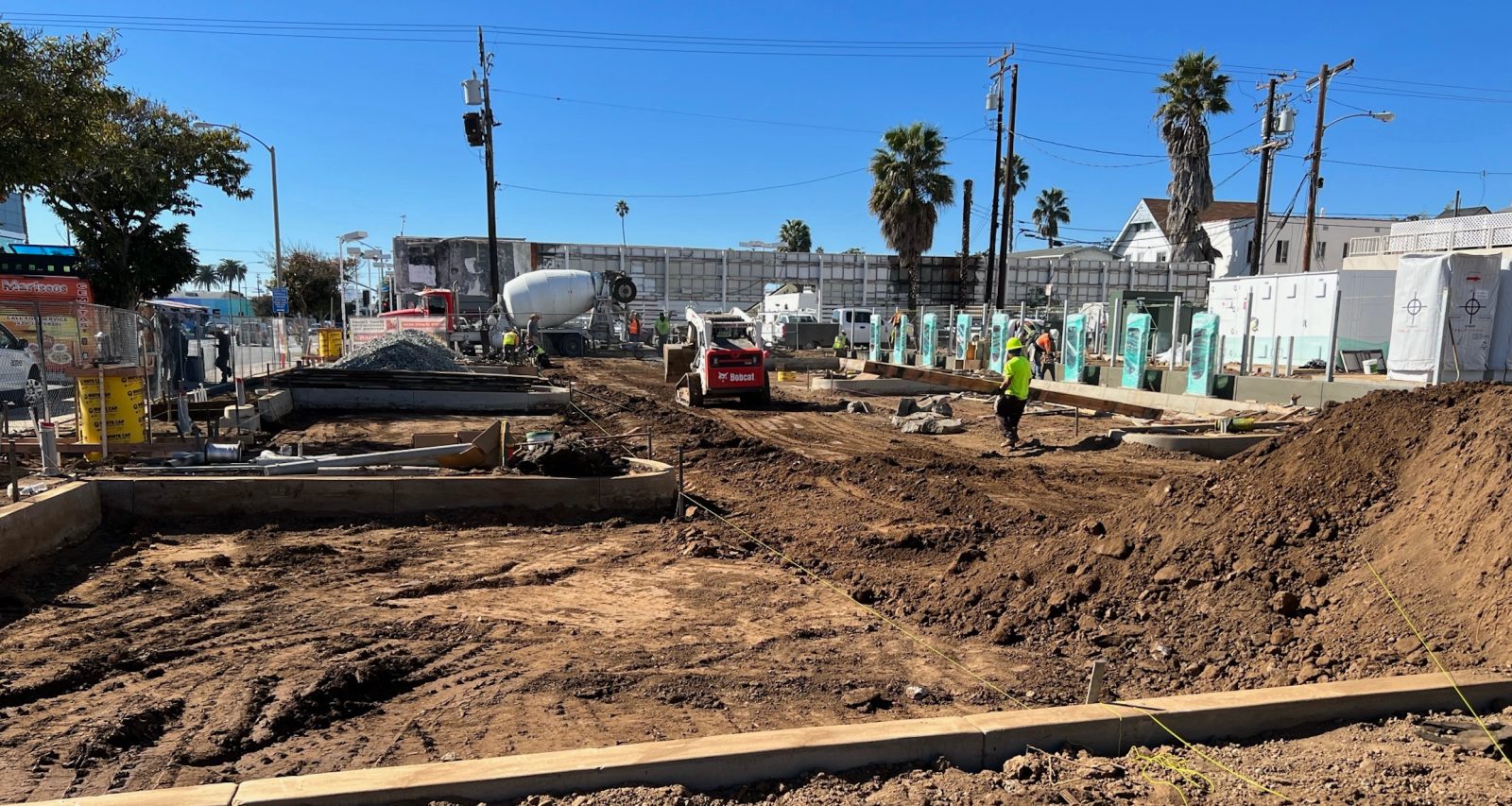 Tesla has started construction on a new, much-needed giant Supercharger station in Santa Monica. The station was also supposed to include the automaker’s 1950s restaurant, but now it’s not clear if the diner is still in the plans.

In 2018, Elon Musk said that Tesla plans to open an “old school drive-in, roller skates & rock restaurant at one of the new Tesla Supercharger locations in Los Angeles.” It was yet another, “Is he joking?” kind of Elon Musk idea, but he apparently wasn’t kidding.

A few months later, Tesla actually applied for building permits for “a restaurant and Supercharger station” at a location in Santa Monica. However, the project has since stalled, apparently due to local regulations.

Nevertheless, Tesla still moved forward with a Supercharger at the location as this part of Los Angeles really needs more Supercharger stations.

Last year, we reported on construction plans revealing that Tesla was planning a large, 62-stall Supercharger V3 station at the location. When the project was approved in April 2021, Musk again said that Tesla still was aiming to build a 1950s diner at the location.

The reader noted that construction is happening fast. The location was only a dirt lot only a few weeks ago. The company has already poured concrete and installed quite a few Supercharger stalls.

Now the question is whether or not the diner and outdoor movie screen are still in the plans, as Musk said last year.

The construction plans submitted to the city haven’t been updated with anything that could indicate a diner, but there are a few other constructions at the site, including solar canopies and a small building.

We will be keeping an eye on the project to see if anything more comes out of it.

But the main objective is to provide much-needed fast-charging to Santa Monica and the surrounding neighborhoods.