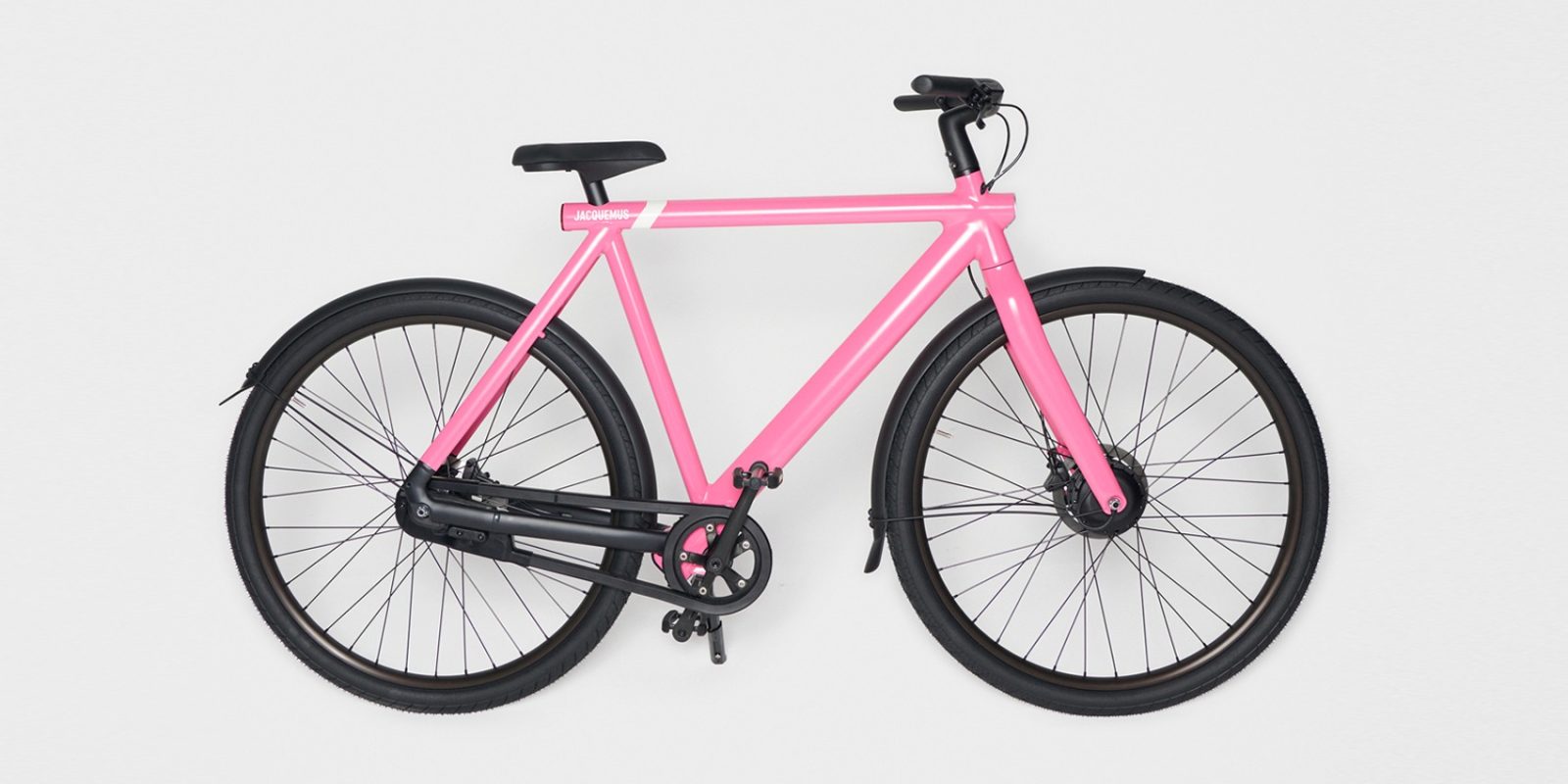 It’s a sign of the times (albeit a strange one) that electric bicycles are quickly expanding beyond mere transportation alternatives into fashion gear. Thanks to interest from many luxury brands, e-bikes are quickly becoming hot fashion items.

Beginning well over a decade ago, electric bicycles spent years as niche transportation and recreation vehicles, providing many of the same benefits of traditional bicycles but with less required exertion thanks to an electric motor assisting the pedaling.

In the early 2010s, sales in the US were comparatively low, and brands numbered barely in the dozens. But near the end of the decade, e-bike sales were climbing quickly as hundreds of smaller and larger companies competed for the growing market.

Then came the COVID19 pandemic, which helped e-bike sales skyrocket even further as riders sought socially distant alternatives to public transportation or fun leisure activities to escape the boredom of lockdowns.

Now luxury brands are cashing in on that explosion in popularity by partnering with leading e-bike companies to create exclusively licensed versions of hot-selling electric bicycles.

It’s a move that we’ve seen begin as a small spark in the past but has now been kindled into a much larger flame that shows no sign of abating.

E-bike companies like Super73 are famous for their brand partnerships, creating all sorts of interesting e-bikes as part of license deals with famous brands.

While Super73’s partnerships often see the e-bike company teaming up with pop culture brands like HotWheels or sports teams, a recent partnership with fashion company Saint Laurent demonstrates a shift towards fashion-minded riders.

Other partnerships between fashion companies and cycling companies include collaborations between Jacquemus and VanMoof as well as between Stella McCartney and Cannondale.

But the partnerships aren’t only limited to electric bicycles. E-mopeds and e-motorcycles are also popular targets for luxury treatment.

Feng Chen Wang has partnered with Piaggio on its new Piaggio 1 electric scooter.

In that case, the partnership with the stylist expanded even further into an accessory line for the electric scooter as well.

Accessories included a dedicated helmet and a collection of unisex streetwear garments.

The fashion collection was presented during the 2021 Shanghai Fashion Week and is expected to become available for purchase next month.

Another luxury collaboration saw DAB Motors jumping in bed with Burberry to create a unique light electric motorcycle with the fashion brand.

In that case, the 10 kW light electric motorcycle got a new colorway, monogrammed upholstery, and other fashion notes.

So what explains the shift towards luxury brands partnering with e-bike companies?

According to Vogue, there are several reasons.

For starters, luxury brands have seen a shift in buying habits of young shoppers, with many demanding more eco-conscious products. And e-bikes scream eco-conscious compared to nearly every other form of transportation.

Pandemic pressures have also placed an emphasis on staying local and seeking out more from one’s own neighborhood. In such cases, electric bicycles have become prime urban vehicles for young riders.

Vogue also pointed out that bike culture has grown much more female-inclusive. Women have become a much larger part of the two-wheeler customer base, both for electric bicycles and motorcycles. In the motorcycle industry, women have increased their ridership share from 10% to 20% in the last decade.

Regardless of the reasons, the trends are quite clear. With more e-bike companies than ever before and a growing number of luxury brand partnerships, this likely isn’t the last time we’ll be seeing fancy, high-dollar e-bikes rolling by.

Look, if you had told me a couple years ago that as an e-bike journalist I’d be citing Vogue as a reference, I wouldn’t have believed you.

But of course I also probably wouldn’t have believed that we’d all be soon Lysolling our mail, an Empire State Building-sized ship would get stuck sideways in the Suez and that the President of the United States would tell us all to drink bleach. So it’s been a doozy of a few years.

All things considered, fancy-pants brands getting in on the e-bike action is one of the less surprising things I’ve seen lately, and it generally makes sense to me. As e-bikes become more common, the more luxury e-bike brands began to set themselves apart. Establishing partnerships with actual luxury brands is a great way to do that.

As more celebrities embrace electric bicycles as well, the industry becomes ripe for fashionistas to seek out their piece of the pie. Several weeks ago Britney Spears apparently posted a photo on Instagram of her riding a Super73 e-bike. I know this only because my e-bike newsfeed was then inundated with Britney Spears for days. I couldn’t hide from it even if I wanted to. That’s how strong it was. Imagine how many people had no idea what an e-bike was, then suddenly saw their favorite pop icon riding one. That’s a powerful marketing tool.

Personally, I’m not about to be riding around on a Louis Vuitton e-bike, but I get that at least some people are going to be into that. And they are largely going to be coming from the new group of riders that aren’t used to the e-bike market as it existed for the last decade. They’re a type of new rider that is accustomed to buying fancy things with fancy labels, and they’re looking for something familiar in this newfangled world of e-bikes they’ve just discovered.