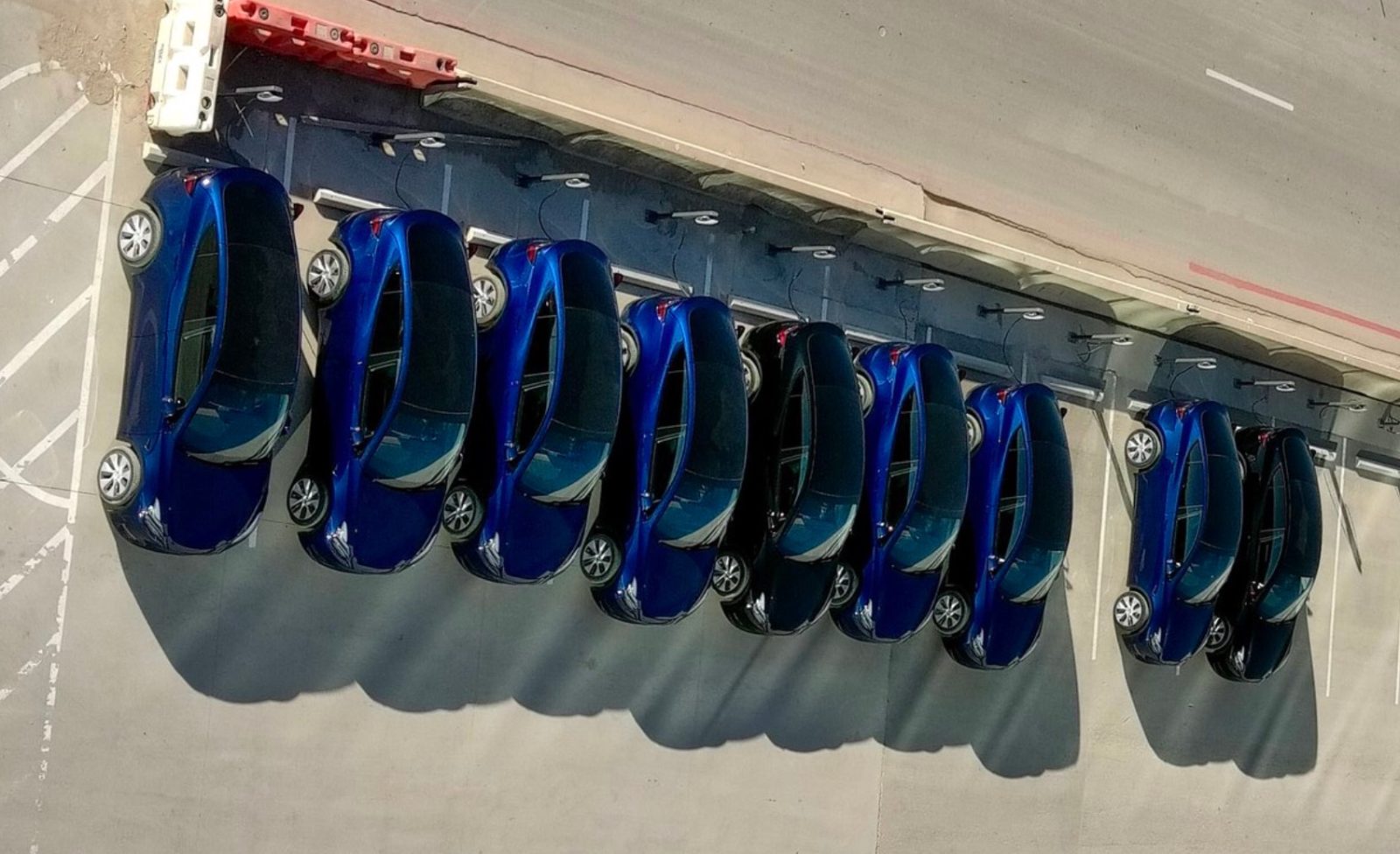 Over half a dozen new Tesla Model Y vehicles were spotted at Gigafactory Texas as production has been expected to start soon.

Does that mean that production has started?

Tesla has been aiming to start Model Y production at Gigafactory Texas in Austin by the end of 2021.

The start of Model Y production at Gigafactory Texas is not only critical to the company’s growth, but it also marks the launch of a new version of the electric SUV featuring Tesla’s new structural battery pack and 4680 battery cells.

The idea is to produce large cylindrical cells and package them into a single module battery pack that also acts as the structural platform on which you install the vehicle’s body.

CEO Elon Musk has touted the technology as a “manufacturing revolution” in the auto industry.

For those two reasons, there are a lot of eyes on Tesla starting Model Y production at Gigafactory Texas.

We previously reported on Tesla ramping up its mega casting effort at the factory to produce Model Y bodies – with some bodies being spotted late in December.

While Tesla has missed its deadline of starting production by the end of the year, it is now believed to be imminent.

Now we have a new indication that Tesla might have started Model Y production at Gigafactory Texas.

Jeff Roberts, who often flies drones over Gigafactory Texas, shared a picture of a bunch of brand-new Model Y vehicles charging at the factory:

These Model Ys look brand new out of the factory, but it can’t be confirmed that they were produced at Gigafactory Texas, albeit likely, or to what extent they were built there.

If they were fully built at the factory, it would be an important milestone for the automaker.

Gigafactory Texas is expected to be an important part of Tesla’s growth in 2022, especially during the second half of the year, when it should reach volume production.

If you have more information about the situation with Tesla Model Y vehicles at Giga Texas or any other interesting Tesla info, feel free to reach out via email (fred@electrek.co), Wickr (Fredev), or my social media (Twitter and Instagram).