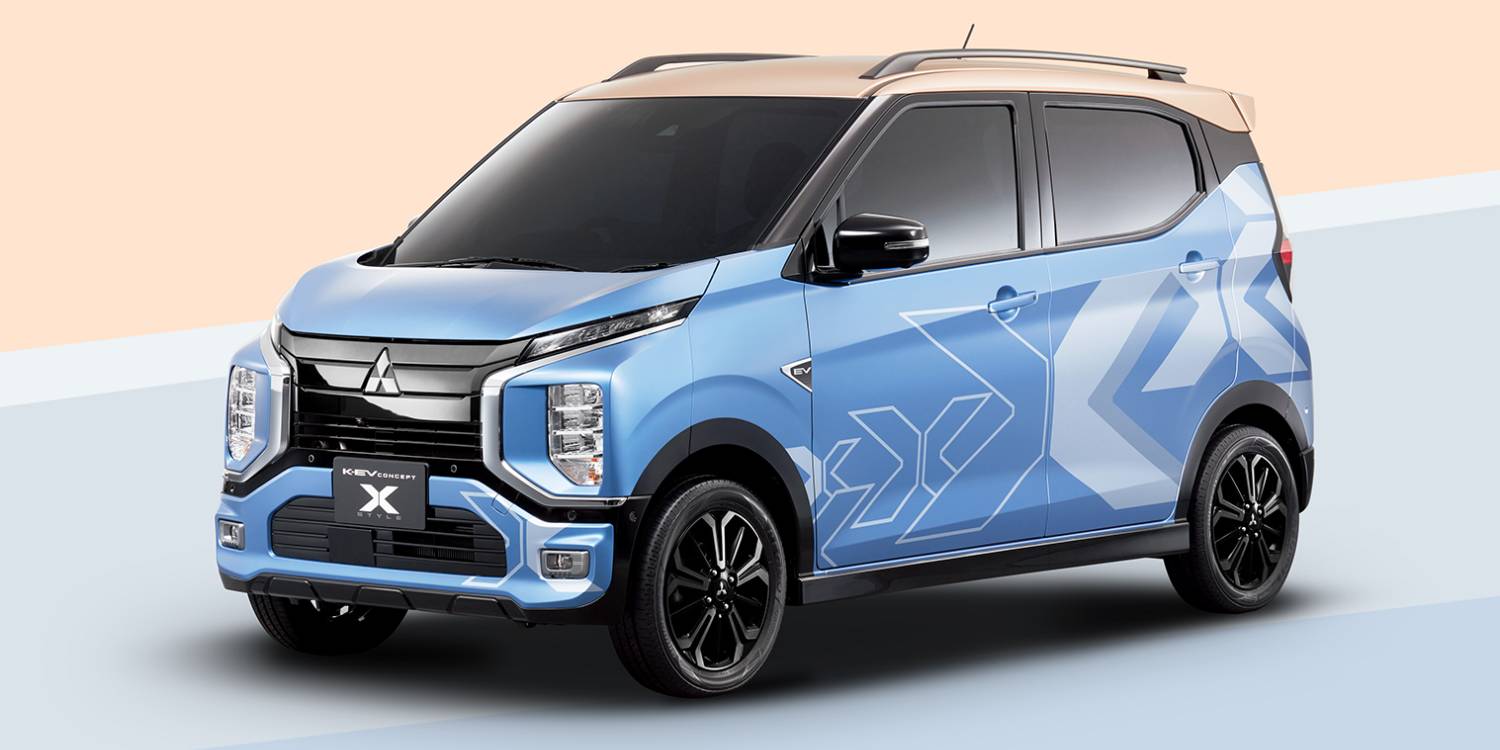 Mitsubishi was one of the early pioneers of the modern EV era, launching the original iMiEV electric kei car on World Environment Day back in 2009. Against all odds, the iMiEV is still in production and, today, a fixture in EV markets across Europe and South East Asia – but this, too, must end. Mitsubishi is following up the iMiEV with a pair of new electric kei cars, led by the K-EV Concept X Style.

Mitsubishi gave the press a sneak preview at the K-EV Concept X Style ahead of the 2022 Tokyo Auto Salon (“K” because it’s classified as a “kei car” in Japan, and “EV” because – you know), showing it alongside a host of other products. Notable among these is the return of the storied “Ralliart” nameplate as a trim package on the Eclipse and Outlander SUVs and a “Vision Ralliart” concept car… but we’re not here for those.

No technical information about the little Mitsubishi K-EV has been revealed as yet, but it seems likely that this is the first fruit of a known platform that Mitsubishi has been developing together with Nissan through the NKMV Co. Ltd. joint venture. As such, we can make a few assumptions:

Nissan’s version of the NKMV-built car, foreshadowed by 2019’s IMK concept car, is also expected to bow at the Tokyo show.

Mitsubishi claims the Minicab-MiEV is fit for “solo camping” (though I’m sure you could get two people in there for an overnight golf outing). It’s equipped with a laundry list of camping basics like roll-out awning, integrated camping table, and folding cot. Inside, the rear space of the little van folds fully flat for a bed, while the cabin can be configured with a low table, chair, and a rug to enhance comfort for dining and/or remote working (because of course you still have to work).

Also interesting is this line from Mitsubishi’s release that reads, “the Minicab-MiEV B-Leisure Style is equipped with the MiEV Power Box, which can use the power from the drive battery to power electronics and appliances such as an electric kettle, a coffee maker, or a laptop, making outdoor leisure and work even more comfortable and convenient.” That sounds an awful lot like Mitsu’s been reading up on Rivian’s “camp kitchen”, doesn’t it?

In the early, early days of the e-mobility revolution (read: before Tesla proved otherwise), most people thought of electric cars as glorified golf carts – and that’s kind of what the iMiEV was: a golf cart that would just touch 80 mph.

At that 80 mph top speed, it felt just like a golf cart. I know, I drove an iMiEV for a few months in 2011 and again in 2014. On I-290 outside of Chicago, the little Mitsubishi felt every inch a death trap, transmitting every expansion joint, surface irregularity, and cross wind directly through the cabin. When a truck – heck, a car passed you, you felt its wake. It was a terrible, awful, no good, rattly little death trap of a car… but it was an absolutely spectacular golf cart. And, if you could keep that idea in your head, you could learn to love it.

Here’s hoping Mitsubishi kept the fear factor alive in this new one.