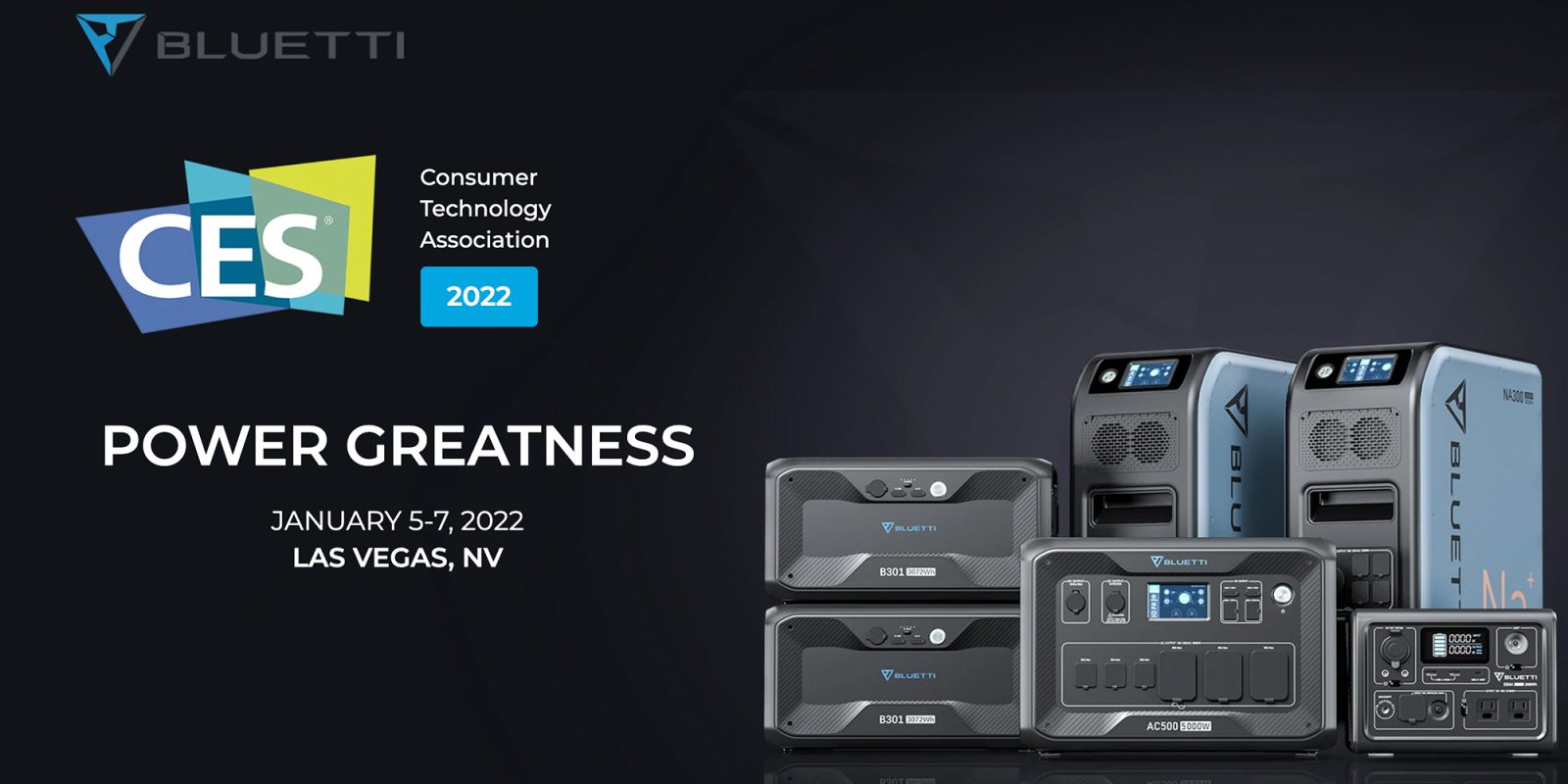 Portable power expert BLUETTI is kicking off 2022 with more energy than ever, unveiling new products at this years Consumer Electronics Show (CES) in Las Vegas. Soon, consumers will be able to get deals on some of the best tech yet from BLUETTI, including the long anticipated APEX inverter, a small but mighty EB3A Power Station, and a world’s first in the NA300 sodium-ion solar generator.

NA300 sodium-ion generator: The next generation of energy storage

Kicking off another year at CES in Las Vegas, BLUETTI announced the NA300 as not only one of its new products, but a world’s first as a sodium-ion solar generator.

This first-generation sodium-ion batteries are competitive to the LiFePO4 battery cells currently present in other BLUETTI products in terms of long cycle life apart from lower energy density. However, sodium-ion wins in terms of cost, low-temperature performance, and charging speeds.

Together with its B480 compatible battery packs, the NA300 features all the same style and settings as its EP500 predecessor, but with an improvement on its 2,400W solar input to 3,000W.

While its 3,000Wh capacity is less than the 5,100Wh in the EP500, it does support up to two B480 battery modules (4,800Wh each) for a massive 12,600Wh total capacity. This allows the NA300 sustain a constant supply of electricity needs for an entire family for several days allowing for recharging by the solar panels.

The NA300 and B480 sodium-ion batteries are also unique in that they have a capacity retention rate over 85% and a system integration efficiency of over 80% in low-temperature environments as low as -4°F (-20°C). This makes these new BLUETTI products perfect for consumers requiring backup winter power, or those out exploring in low temperature regions.

Learn more about the new NA300 on BLUETTI’s website.

BLUETTI AC500: The APEX has arrived

After two years of development and much hype from fans of BLUETTI, the AC500 has finally made its debut as a new product at CES. Nicknamed “The APEX” the AC500 represents the pinnacle in power with its 5,000W pure sine wave inverter – the post powerful delivered by BLUETTI to date.

This powerful inverter on the AC500 supports major specs on both input and output of the device. For example, while charging AC and PV (solar) simultaneously, the total input can achieve up to 8000W, meaning one single hour of charging can power an air conditioner for 5-8 hours, or a dryer appliance for 1-2 hours.

5,000 watts come from AC charging, providing steady and reliable backup power to AC500 owners in a multitude of emergencies. The 3,000W of 3000W PV (solar) charging provide a welcomed element of sustainability to the AC500 that is more friendly to the environment. Furthermore, one hour of PV charging can power an electric saw for 2-4 hours or a professional computer for 4-6 hours.

The BLUETTI AC500 can be found in the CES 2022 section of BLUETTI’s website.

The third and final new product announced by BLUETTI is by far the tiniest, but that doesn’t mean it lacks power.

Previous models of BLUETTI’s compact power station line followed a consistent naming pattern like the previous EB55. The EB3A however, breaks the mold as the “A” in its nomenclature represents its “advanced” technology.

For example, the EB3A’s 600W pure sine wave inverter and 288Wh of LiFePO4 battery pack provide big power in a small footprint. With the additional ability to support up to 200 watts of solar input, the EB3A will arrive as a sleeper contender to other competitors in the entry-level power station segment.

Continuing its trend of small and simple design, the new EB3A is the first BLUETTI product in the sub-3,000Wh range that no longer requires the bulky power brick on its cord to recharge. In fact, a single cable can recharge the EB3A at a rate of 600W, replenishing from 0-80% in just 20 minutes.

If you already have other portable power stations, the EB3A could serve you just as well as lightweight compact power on the go while your other stations recharge at your home base. Check it out for yourself.