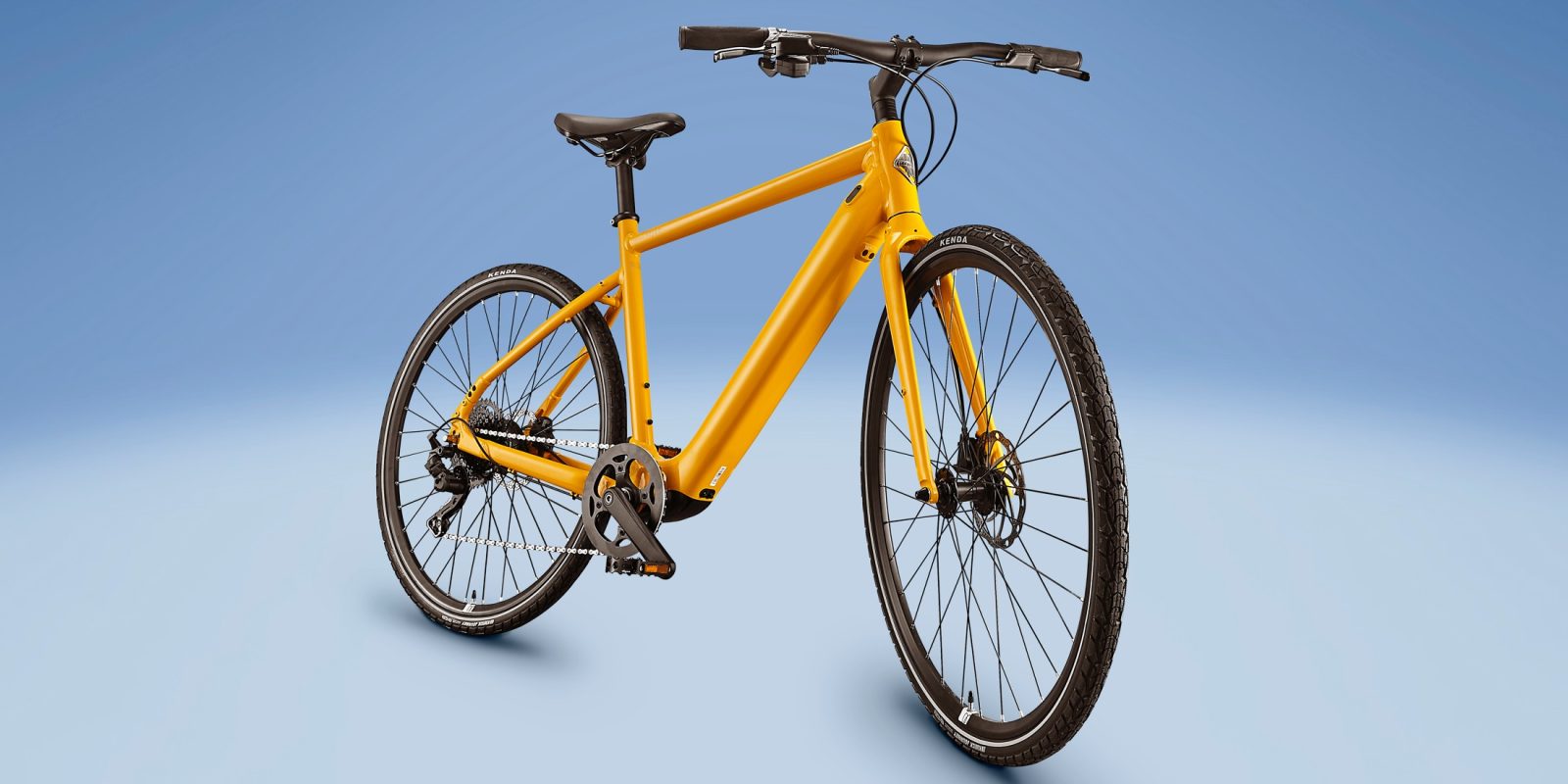 Both bikes focus on city riding and manage to hide away nearly all clues that they pack silent electric assistance.

While many higher-end electric bikes incorporate a chunky mid-drive motor near the pedals, the two new Voya models use a pint-sized hub motor in the rear wheel.

It’s the size of an internally geared hub and disappears behind the gear cassette. The motor only puts out a modest 250W and 25 Nm of torque, but propels the bike to 32 km/h (20 mph). That classifies it as a Class 1 e-bike in the US, meaning it can be used just about anywhere.

The small size of the motor also helps to keep weight down, dropping the bike to a svelte 18 kg (39.7 lb).

That was a big part of the design ethos, as Giant Group’s chief branding officer Phoebe Liu explained:

Our goal with the Voya E+ series was to create the ultimate lightweight electric commuter bike, so people can make fast work of hills and city riding without breaking a sweat. The slim design, packed with the latest E-bike technology, makes the Voya E+ the perfect bike for people who want a fun, easy way to get around town, whether to work or play.

The Voya E+1 takes the form of a drop bar urban bike with an 11-speed Shimano GRX derailleur, while the Voya E+3 has typical flat bars and a 9-speed microSHIFT ADVENT derailleur.

Both bikes include hydraulic disc brakes as well as hidden wiring and an integrated battery to further conceal their electric assist.

A single button to control the electrical system is located on the upper surface of the top tube just behind the handlebar stem.

The button allows the rider to select the riding mode as well as check the battery’s charge level.

Riders that want even more control can mount their smartphone on the handlebars and use Voya’s accompanying app to receive more detailed information such as elevation, cadence, rider power, and functions including a quick maintenance check, adjustable power support, route planning, and navigation.

The 250 Wh battery claims to provide a range of between 40-72 km (25-45 miles) on a single charge. A provided 4A fast charger can give the battery an 80% charge in less than two hours. A complete charge from 0-100% takes around 3.5 hours, as charging always slows down when a lithium-ion battery nears its full charge voltage.

The battery looks like the style we often see on non-removable stealthy e-bikes, though the company says that a custom bottom bracket mount makes it possible to remove the battery for service.

The bikes will go on sale from Momentum dealers across North America this spring. The Voya E+1 will be priced at $2,800 while the Voya E+3 will be slightly more affordable at $2,300.

These are pretty slick-looking bikes, I have to hand it to them.

You’re paying a premium for the design, since this obviously isn’t the best deal in terms of watts per dollar. You can get somewhat-similarly spec’d bikes for half the price, mind you.

But if you’re on the hunt for a lightweight commuter that looks like a non-electric bike (and thus might be less of a target to thieves), this could be it. These obviously aren’t for speed demons; they’re low-powered e-bikes for folks that already enjoy cycling but want a less sweat-intensive way to do it.

I’d have loved to see some integrated LED lighting, though perhaps that would have spilled the beans on the electric aspect of the bikes.

I’m talking to the company about getting a bike to test, so hopefully I’ll be back with some real-world testing experiences before the bikes go on sale this spring.

In the meantime, I want to know what you guys think of the new Voya E-series electric bikes. Share your thoughts in the comments section below!