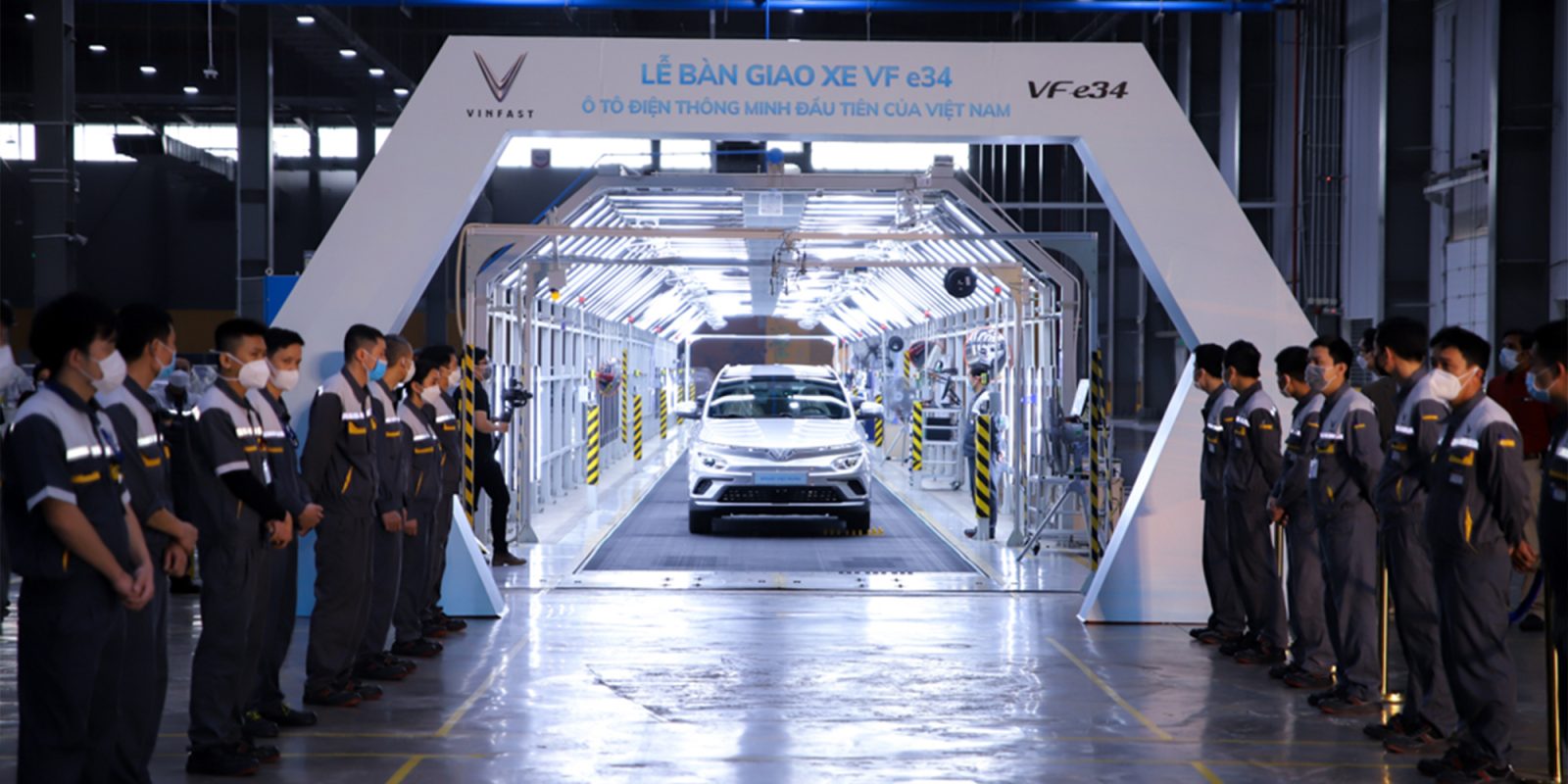 Infant automaker VinFast recently held a ceremony at its manufacturing complex in Hai Phong, Vietnam, to celebrate its first batch of VF e34 EVs. The VF e34 marks VinFast’s first model and the first ever electric vehicle to be sold in Vietnam. The start of production is also the first step in VinFast bringing its EVs to the US market.

VinFast is the automotive manufacturing subsidiary of VinGroup, a Vietnamese conglomerate developing everything from real estate to technology and even healthcare. The VinFast subsidiary was founded in 2017, and with the help of Pininfarina, entered the Vietnamese market with two ICE vehicles.

Since then, VinFast has focused on entering the electric vehicle market at a speed that matches the latter part of its name. The company has several other EV models in the works, as well as a series of electric scooters.

VinFast has also shared plans already to enter markets in North America and Europe, opening orders for its first two EVs in the first half of 2022. This announcement was soon followed by news that the automaker will be opening a US headquarters in Los Angeles, with plans to manufacture on US soil in 2024. Along with news of a potential IPO, VinFast is expanding at a rapid rate.

Back in Vietnam, VinFast is betting big on locally-made EVs by working with several battery manufacturers and investing $400 million to produce its own LFP cells in house – one of several strategies the company is using to help keep costs down.

Speaking of which, its flagship EV, the VF e34, costs 690 million dong, or about $30,350. With its most recent announcement, VinFast has begun delivering its first batch of e34’s EVs for customers in Vietnam before entering the US market.

The automaker noted the celebratory milestone via a celebration with first customers at its Vietnam facilities. During the event, VinFast shared additional news for Vietnamese EV customers.

The first batch of VF e34 EVs in Vietnam will come available with a new battery rental package. As part of the package, VinFast has reduced the minimum distance of 1,400 km/month to 500 km/month.

The new monthly subscription rate is 657,500 VND/month (~$30) for a max distance of 500km/month and 1,315 VND /km (~$0.05) every km after. When the battery’s charging capacity drops below 70%, VinFast said it will replace the new battery completely for free. The first 25,000 VinFast EV customers will get free battery rental for the first 12 months.

As for the US, VinFast will open preorders in early 2022. The company told us it has several US announcements planned at CES next week in Las Vegas, including three new vehicles. There’s certainly more exciting EV news to come.