If Santa swapped his sleigh for an electric bike, this beautiful one would be it 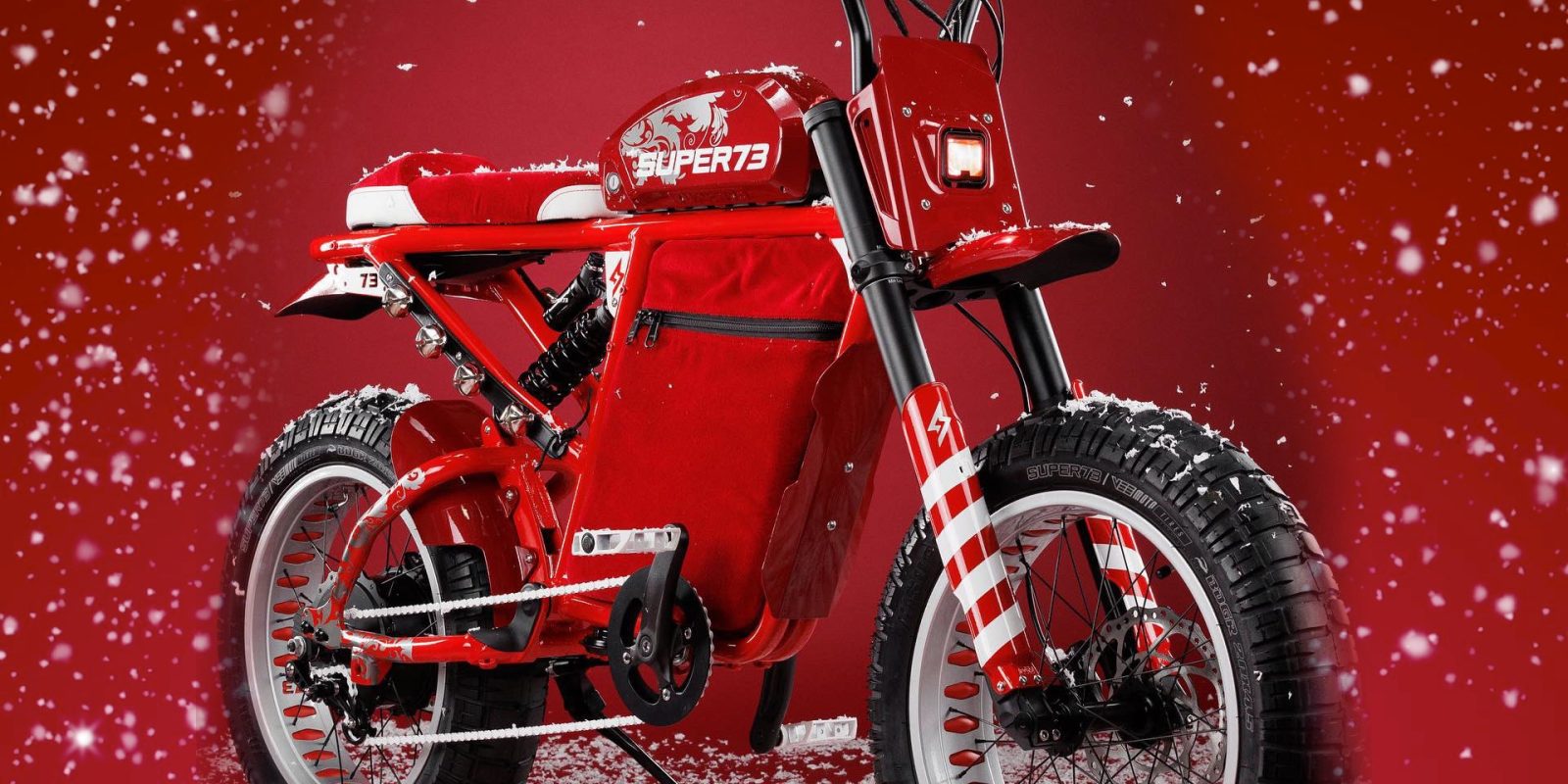 When it comes to custom themed electric bicycles, US e-bike company Super73 pretty much always wins first, second, and third place. Everyone else is simply playing for an honorable mention. The brand has gone all out on probably more than a hundred custom themed e-bikes by now, often partnering with fun brands and sports teams to redesign its popular moped-style electric bikes. And this Santa-themed e-bike is definitely topping the “Nice” list this year.

It appears to be built on top of a largely stock Super73-RX e-bike, the company’s most hardcore model, though the resulting e-bike is anything but stock. The 2,000 watt peak-rated e-bike that is known to hit speeds pushing legal limits has undergone a yuletide transformation in more ways than one.

A Christmas-themed paint job adorns the “tank” (actually the high capacity battery), frame, fenders, light, and suspension arm guards. The latter even gets a pretty sweet looking peppermint cane treatment. The bench seat that has become a staple of Super73’s moped-style electric bikes received some new red-and-white upholstery for a custom Santa saddle, and the pedals and chain have been swapped out for color-correct options to better fit the theme.

There are even jingle bells strategically mounted along the frame, which probably look better than they sound on an e-bike bouncing around at 30-ish mph.

The cherry on top of this Santa sundae has to be the custom cargo bag in the center of the frame. The narrow form factor may be a bit limiting for some wider gifts, but I imagine that kids all around the world will cut Santa some slack once they see what he arrived on. That’s totally worth getting only three-inch wide gifts!

As far as I know Super73 doesn’t offer any frame bag like this, but after seeing it in action I think they totally should!

Super73 has been getting quite creative this year, and not only with the latest custom bike here.

Like many other e-bike companies, Super73 has unfortunately had to inform many customers that shipping delays caused by long lines of container ships of the California coast meant that e-bikes destined for Christmas gifts might not be arriving in time.

To at least give customers something physical to hand over on Christmas morning while waiting for the actual bikes to arrive, the company sent out some cheeky pins explaining the problem.

Check them out below.