The weirdest electric bike I’ve ever tested just got a big new update, and I love it 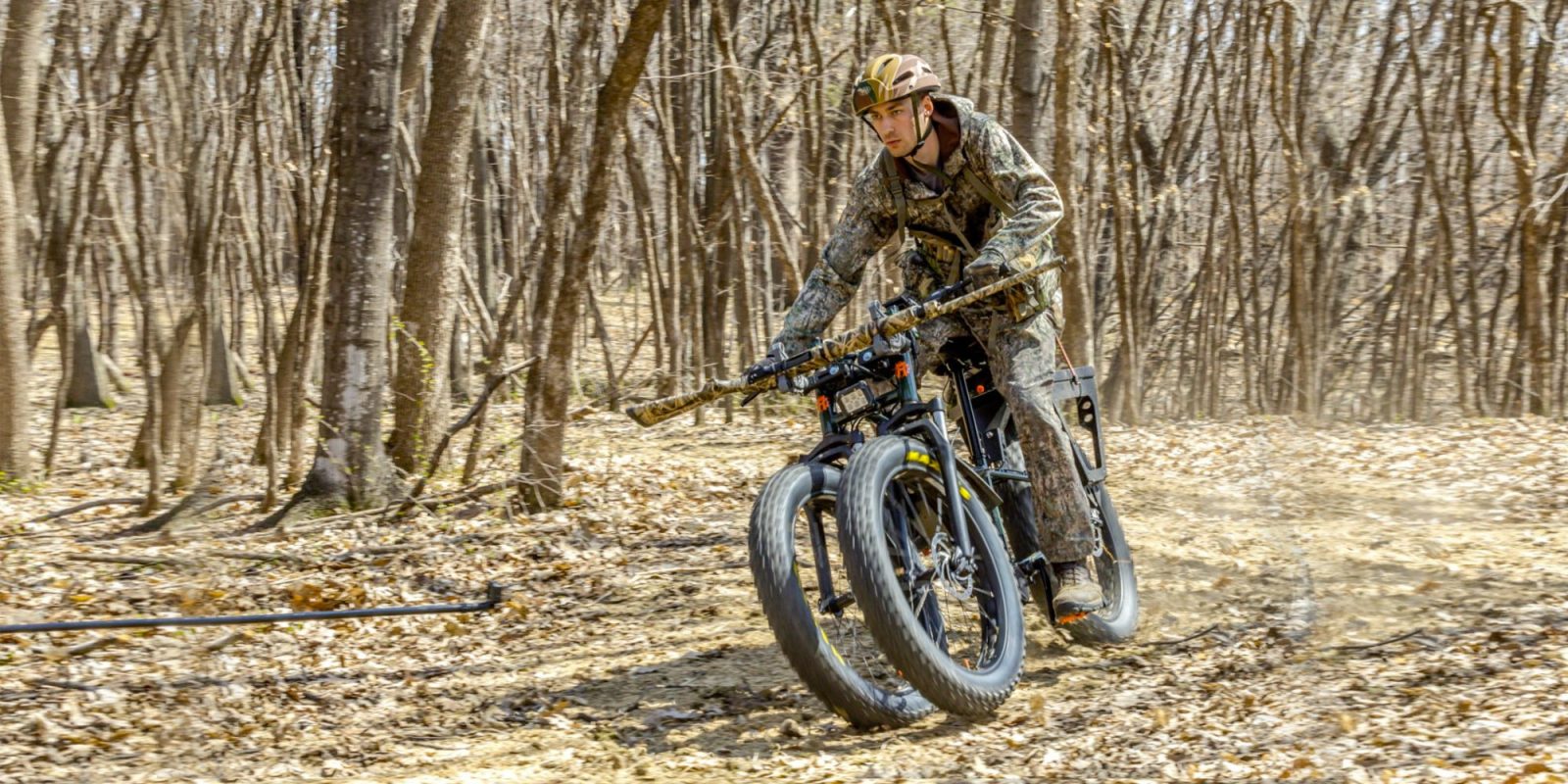 Rungu’s dual-front wheel electric bicycles are unlike anything else on the road or the trails. And now the company is releasing new updates to make them better than ever.

I’ve tested a LOT of electric bicycles over the years. Like, hundreds of them. So when I say something is the weirdest I’ve ever tried, that means something.

But just because it’s weird doesn’t mean it isn’t fun too! Rungu’s odd-looking electric bikes may take a few minutes to get used to. But then they become so addicting that you won’t want to get off.

That’s exactly what I experienced when Rungu was kind enough to have me out to their Southern California facilities for some test riding back in 2019. And now things are looking even rosier for the brand.

First off, I know the Rungu is going to be very divisive. The dual-front wheel setup may look odd, and the naysayers will certainly say nay. But they’re dead wrong.

When I rode it, I was carving hard in loose sand that would have washed out any other two-wheeled fat tire e-bike.

And I was flying at breakneck speed over football-size rocks that would have had me checking my life insurance policy had I been on any other e-bike.

Rungu has some great videos comparing their e-bikes to typical fat tire e-bikes with a single front wheel (so old-fashioned, I know). They’re pretty eye-opening. Check out the comparisons on mud, on sand, and on snow. The two wheels just freaking plow over everything. In mud and sand, the dual front wheels prevent sliding and keep you more stable. On rocky and uneven terrain, one front wheel may be in the air but the other is usually on solid ground, giving you a weirdly smooth ride as they trade off for traction.

There are five models in the complete lineup of Rungu e-bikes, and the latest updates see several upgrades to make the ride even better.

The entry-level Rungu Dualie Standard as well as the Rungu Steep model now both include a new frame design to integrate the battery. The new frame makes swapping out batteries easier thanks to the new 780 Wh integrated battery pack. The updated frame also increases the height of the Bafang BBSHD 52V mid-drive motor, giving better ground clearance to help clear more obstacles and better cross shallow water like creeks and streams.

The next models up, known as the Rungu Dualie Rugged and XR models, both get new higher capacity lithium-ion batteries that offer 30% more range compared to the previous models. Actual ranges are notoriously hard to nail down on e-bikes due to the many factors that affect them, such as rider weight, assist level, terrain, tires, and other factors. On something as wild as the Rungu, the range spread is probably even wider. But any way you slice it, the new 936 Wh batteries have a lot more capacity in them to help take riders farther. They are also backwards compatible with previous Rungu models, meaning owners can upgrade to the new higher capacity batteries.

Considering that Rungu’s e-bikes are designed for handling the trickiest and most challenging terrain, more battery is always a good thing. Riding through brush, snow, sand, and other loose terrain quickly eats away at an e-bike’s battery, making these large packs a necessity.

Rungu e-bikes have been sent to customers around the world, and the models have become increasingly popular with bow hunters.

Rungu’s e-bikes are built locally in southern California. While the price certainly reflects their American manufacturing, they aren’t quite as steep as you might have feared – at least not for the entry-level models.

The bikes start at around $4,900, and Rungu also has financing options for around $160 per month.

If you want to see my own testing of the previous version of these e-bikes, check out my test ride video below where a young, starry-eyed Micah has his socks blown off by these things.