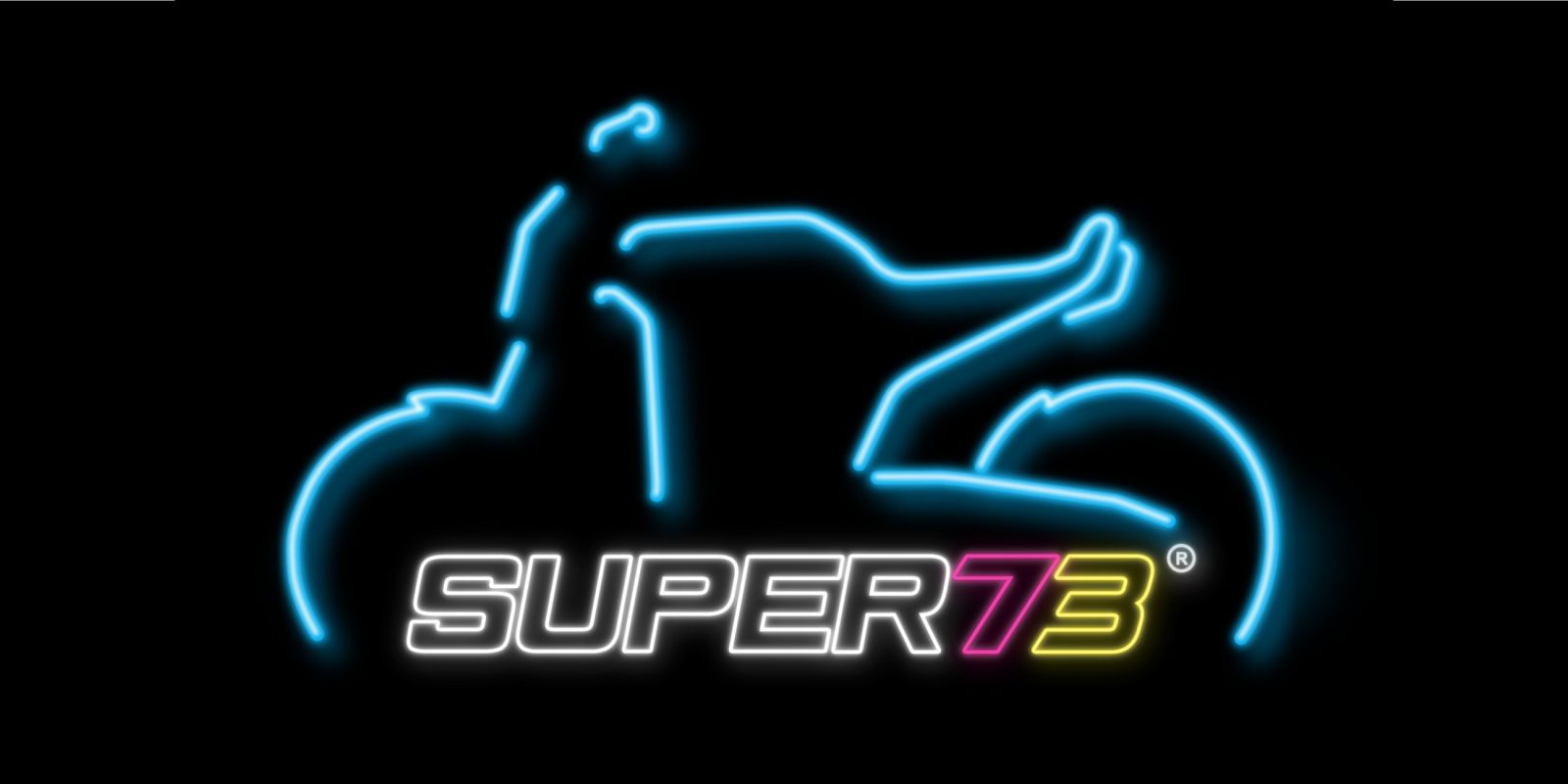 According to a marketing email sent out by Super73, “[t]he company plans to turn two-wheeled transportation on its head by unveiling a bold new concept, segment-busting new models, as well as new accessories and apparel lines.”

The new accessories and apparel lines are to be expected, as Super73 heavily embraces the lifestyle aspect of its brand – likely more than any other e-bike company.

The new models are more surprising, especially since Super73 has already released several updates such as the new Super73 ZX e-bike that we tested this fall.

But the real kicker is the “bold new concept” that Super73 plans to release.

The company doesn’t give any more details, but does release an interesting graphic that hints at a larger form factor than a typical electric bicycle.

Outlined in a neon sign motif borrowed from Las Vegas styling – the city that will play host to Super73’s CES unveiling – is the unmistakable outline of a true-to-form motorcycle.

While it’s no guarantee that Super73 will actually roll out an electric motorcycle at CES in a few weeks, this is the largest hint yet that the e-bike company is cooking up something larger.

Of course this “bold new concept” is likely to be just that, a concept. At least, at first. But that’s also how many of the most interesting new bikes in the industry began.

The move wouldn’t be unprecedented in the electric bicycle industry.

Fellow California-based electric bicycle company SONDORS rolled out a concept of an electric motorcycle nearly a year ago. The 80 mph (130 km/h) Metacycle began taking orders and was expected to make deliveries by the end of this year, but has since been delayed to summer of 2022.

Super73’s largest and most powerful electric bicycles already border on light electric motorcycle territory, but retain pedals and the ability to program the bikes to street-legal power and speed limits.

Unlocked though, the brand’s highest power models are capable of power levels surpassing 2,000 watts and speeds of around 30 mph (50 km/h).

Electrek recently borrowed a couple of the company’s higher-spec electric bikes on a trip across Germany, where we took advantage of the power and utility of the bikes to explore everything from the city roads to countryside trails.

While it’s not yet clear exactly what Super73 has cooking in its R&D department, it certainly sounds like the company will be bringing several interesting new bikes for show and tell.