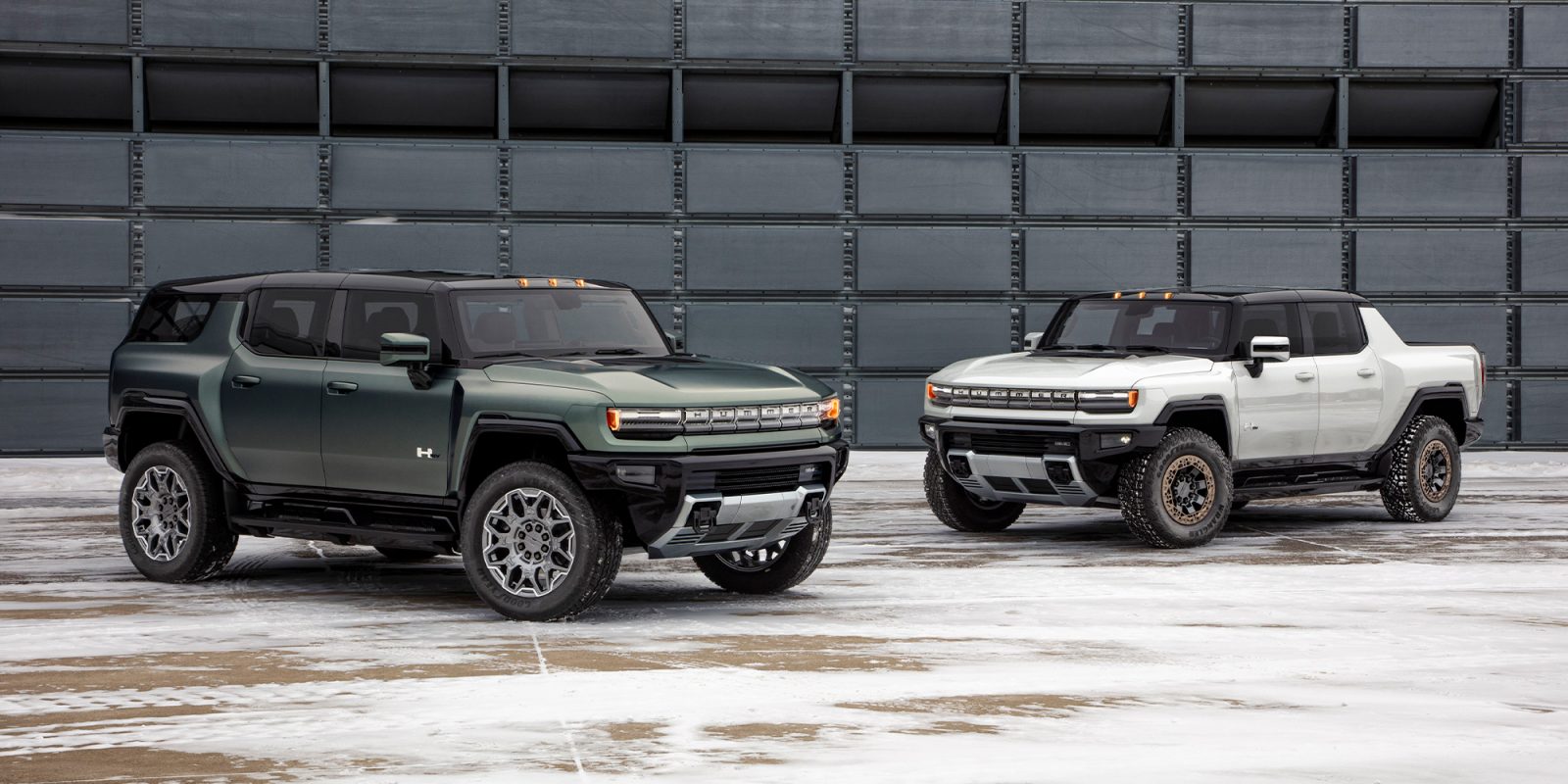 Hummer EV deliveries are imminent, slated to begin next month as confirmed today by GMC brand chief Duncan Aldred. While the truck will not be EPA rated, GM says it will have an all-electric range of 329 miles.

Aldred also stated that about 125K “hand-raisers” have expressed interest in the Hummer, with about half of those putting down $100 for a reservation.

It seems that most reservations want the truck as quickly as they can get it. 80% of preorders are for the “Edition 1” model, the first to be delivered, but also the most expensive at a base price of $110,295. Later models will be cheaper, down to a base price of $80K for the EV² model in 2024.

GM has planned a slow rollout of Hummers, with the four trim levels rolling out over the course of almost three years. Edition 1 was originally planned to ship in Fall 2021 – so, given the pandemic and parts shortages, they’re basically on schedule.

In September, we declared Rivian the winner of the race to get customer electric trucks off the assembly line, but it looks like GM might win at getting Hummers into the hands of customers. So far, Rivian has only delivered trucks to employees.

GM hasn’t started production on customer-ready Hummers yet, but those should start rolling off the line within the next few days, to be delivered in December. So, depending on how GM prioritizes and ramps their deliveries, it seems we might see Hummer EVs driven by the public before we see Rivian trucks. The company will start contacting reservation holders in the next few days to finalize orders.

The Hummer EV’s range is a little lower than expected – GM originally stated that it would offer 350+ miles with the largest battery pack, but now is estimating 329 miles of range. But this is not an official EPA rating because trucks as big as the Hummer don’t need to have efficiency listed on the window sticker. GM says that their mileage testing was based on EPA protocol, but conditions and driving style always affect mileage – so your mileage may vary (yes, that phrase actually means something!).

Later models might end up being revised slightly downward in range numbers as well, but we’ll have to wait and see. Also, some manufacturers are conservative in their range estimates, and we’ll get a better idea of what the truck can do when it gets into the hands of customers – which should be very soon.