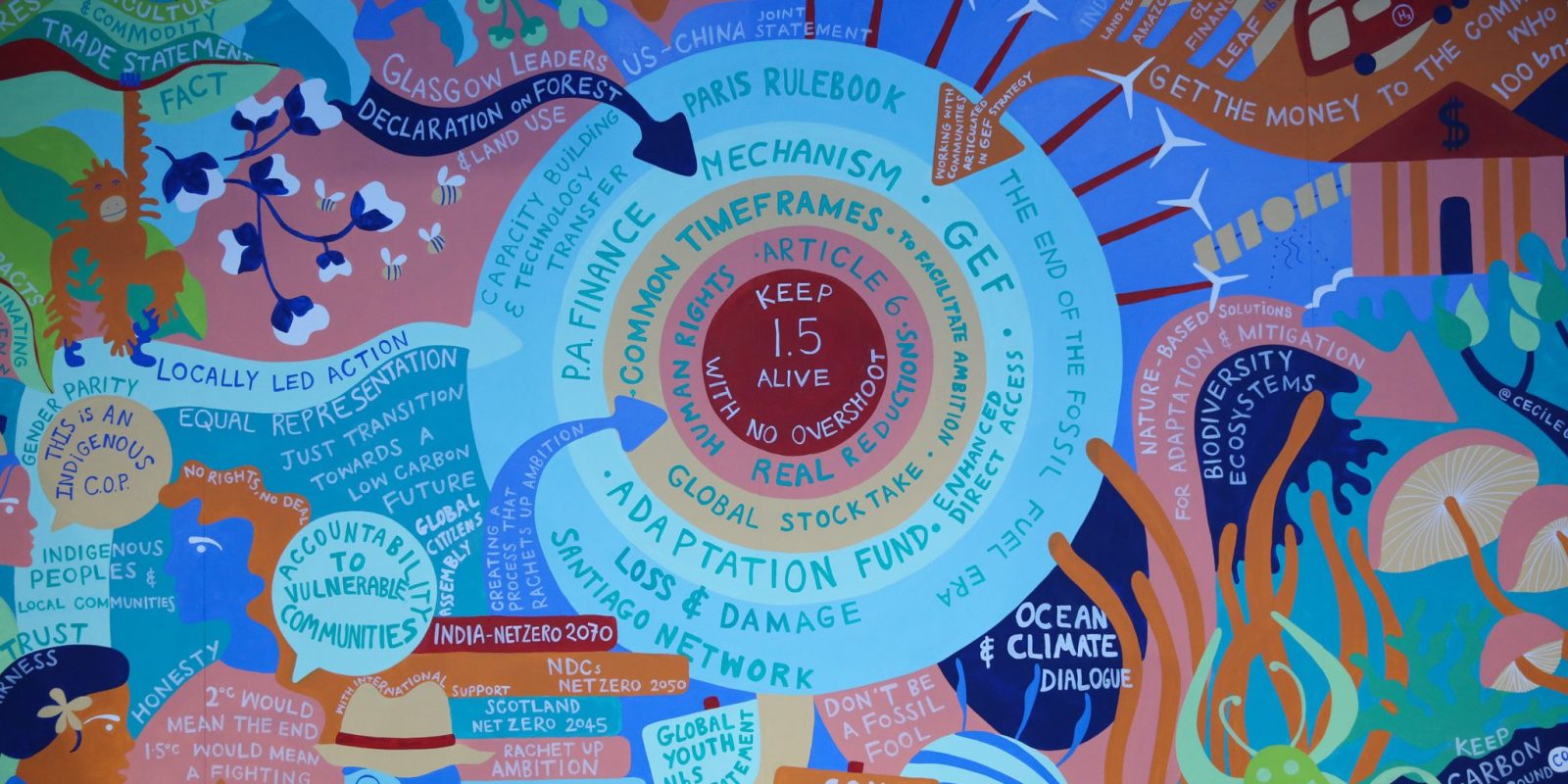 COP26, the 26th meeting of the United Nations Framework on Climate Change’s Conference of Parties has ended with the successful negotiation of the Glasgow Climate Pact, which updates the landmark Paris Agreement with new climate goals (full text here). The new Pact moves forward timelines for updating national goals for carbon reduction and for the first time explicitly calls for a “phase-down” of coal globally.

But experts warn that the new commitments are not strong enough and will still need to be updated, as soon and as strongly as possible, if we want to keep warming below 1.5ºC above pre-industrial levels.

One of the steps this Pact takes over previous agreements is accelerating the timeline for national climate plan updates.  Under Paris, countries would submit updates to their NDCs every five years, but Glasgow calls for updates by the end of 2022, just one year away.

Given that the world only has enough “carbon budget” for 11 years worth of polluting at current rates, a delay of five years in submitting updated plans would be too long, so this is a welcome change.

A controversial late point of contention in Glasgow was the inclusion of the phrase “phase-out of coal power.” India lodged a late protest against the phrase, requesting it be watered-down to “phase-down,” which is what made it to the final version.

The change in phrasing provoked quite a bit of consternation, and Alok Sharma, the President of COP26 proceedings, said he was “deeply sorry” that the new phrase made it to the final text of the Pact.

But prior to this Pact, there has never been an explicit mention of coal in a COP statement. Coal is responsible for around 40% of global CO2 emissions, making its elimination a top priority. This sends a strong signal to the world that the coal era must end.

Oil and gas, despite being responsible for the vast majority of non-coal CO2 emissions, were not mentioned in the Pact – though a number of countries and subnational entities formed the “Beyond Oil and Gas Alliance,” with a view towards keeping their reserves in the ground.

There were a number of other side changes, commitments, and pledges signed by various countries and industries (including a weak commitment on EV adoption). NRDC has a good list of them here.

A longtime pattern in climate talks has been the rift between rich and poor countries regarding who is more responsible for solving climate change and who is more likely to feel its effects. Over the course of history, rich nations were able to pollute freely in our early efforts to industrialize, catapulting us into a dominant global position economically.

The costs of that pollution were never paid – that carbon (and other pollution) went into the atmosphere, harming human health and warming the planet, causing gradually more severe weather events and rising sea levels that have and will continue to disproportionately affect the global poor.

In this way, the global poor have subsidized the wealth of rich countries, but with their lives rather than their pocketbooks.  This health disparity was even more in focus this year against the backdrop of unequal vaccine access. Many poor countries fared better in the first year of COVID-19, but are now being ravaged by the Delta variant – still unable to get access to enough vaccines that rich countries have a surplus of.

Poor countries rightly point out that this is not fair. Why should rich countries be allowed to pollute freely, and right when poor countries are on the verge of industrialization, their progress must be halted in the name of solving a global problem that they had little or no part in causing?

To this point, countries established the “Green Climate Fund” in 2010 (prior to the Paris Agreement), with a goal of funding it to the tune of $100 billion per year by 2020. This would help pay for development programs in poor countries, to install green energy projects instead of dirty fossil projects. But rich countries welched on that promise, and now may not meet that goal until 2023.

On top of this, the question of “loss and damage” saw some progress in Glasgow. The phrase refers to current and future unavoidable effects of climate change that have already been “locked-in” due to humanity’s intransigence in solving the climate crisis that we’ve known we are causing for several decades. Poor countries think that if rich countries’ pollution causes them harm, rich countries should have to pay for it. But rich countries don’t want this responsibility.

The Glasgow Climate Pact makes some progress towards addressing this problem by codifying the “Santiago network,” a program for addressing this loss and damage. The idea was first agreed upon in 2019 but had not been staffed or funded. Glasgow resolves to fund this network.

Meanwhile, rich countries point to their own progress in cutting emissions in recent years and think that their efforts should be appreciated and that poor countries shouldn’t be able to get away with rising emissions, undoing the progress of rich country emissions reductions. And some selfishly claim that they should not have to part with any of their lucre to help countries that are not yet decarbonizing.

Two of the primary contributors to this discourse are the two largest polluting countries in the world, the US and China. The US has emitted more total emissions than any country in the world – twice as much as the #2 historical emitter, China. And China, with 4.5x the population of the US, is currently emitting twice as much carbon currently as the #2 current emitter – the US.

Elements within both countries have pointed fingers at the other in attempts to excuse themselves from action and place blame elsewhere.

And this was another of the big achievements of Glasgow – the US and China made a joint commitment negotiated by special climate envoys John Kerry and Xie Zhenhua. These two were responsible for a previous agreement in 2014, which helped to set the stage for the 2015 Paris Agreement. And Presidents Biden and Xi plan to meet virtually next week to discuss this collaboration further.

Action by large countries like these sends a signal to the rest of the world that climate action is possible and that progress won’t be held back by inaction on the part of the largest problem-makers. It can help encourage more improvements to come – as it did before Paris. So we hope to see more from both of these countries, and everyone else, in the near future.

As is often the case with climate negotiations, there are a number of disappointments. But the path forward is a little bit brighter today than it was yesterday. Not bright enough, mind you, but it’s a step in the right direction at least. And further steps are at least coming sooner than expected, with major updates required from all parties by the end of next year.

Very importantly, we can’t fall victim to disappointment, which leads to despair and inaction. The entities behind a century of climate lies and environmental violence (the fossil fuel industry) want you to give up, so do not let them win.

For every disappointment, let us resolve to work twice as hard to resist their efforts at making the world worse for all but the select few mineral rights holders who would spew their poison into our lungs instead of keeping it in the ground where it has always belonged. Act yourself – consider the environment in each decision you make – and demand the same action from the government, individuals, companies, and media. Let us put 7 billion people to work at fixing this.

We, as humans, on both an individual and tribal level, sometimes just can’t seem to knock it off with selfish, short-sighted, small-scale thinking. We try so hard to find someone else to point the finger at in order to absolve ourselves of blame with the excuse that it’s someone else’s problem.

But at the end of the day, excuses don’t solve the problem. To solve the problem, the blame game needs to be avoided. While the boat we are all in together is sinking, we could all sit and bicker about which of us is most at fault, but all the time we waste doing that is time we’re not spending bailing water. EVERYONE needs to grab a bucket and get to work.