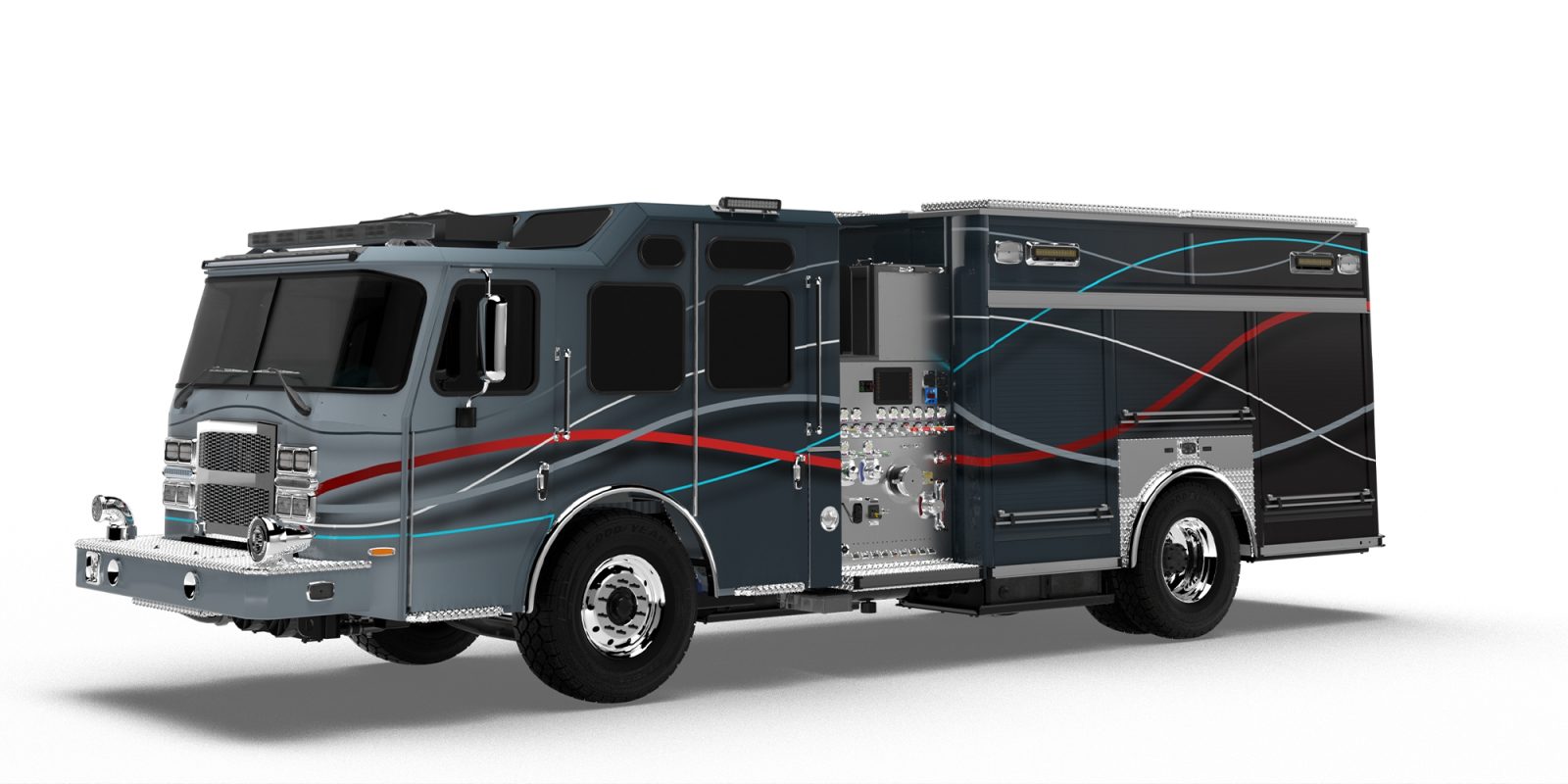 REV Group, a specialty vehicle designer and manufacturer, announced it has received an order to build its all-electric, E-ONE Vector fire truck for the Mesa Fire and Medical Department in Arizona. When completed and delivered, the Vector will be the first fully-electric fire truck in North America.

REV Group Inc. is a collection of design and manufacturing entities offering everything from emergency service vehicles, to buses, and even street sweepers. The fire division of REV Group alone consists of six different brands, including E-ONE.

E-ONE is wholly-owned by REV Group and operates as a leading manufacturer of emergency vehicles, producing and delivering over 28,000 throughout the world. This shouldn’t be confused with Leader, another emergency vehicle company in the REV Group that Electrek previously covered for its electric ambulance.

With the latest announcement from REV Group, it looks to add the first all-electric fire truck to North America alongside its ambulance. We emphasize “fully-electric” because the upcoming vehicle is actually not the first electrified fire truck.

In 2020, the Los Angeles Fire Department announced the purchase of a $1.2 million concept fire truck from Rosenbauer to operate in Hollywood – the first in North America. That vehicle was delivered earlier this year, but is actually a plug-in hybrid electric fire truck (PHEFT?)

Technically, the first battery electric fire truck has yet to be delivered in North America, but it looks like REV Group’s E-ONE is up to the task.

The first all-electric fire truck is coming to Arizona

In a recent press release from REV Group Inc ($REVG), the company shared news that its subsidiary E-ONE will be building the first battery electric fire truck in North America.

The first order comes from Mesa Arizona, supporting the city’s plans to achieve carbon neutrality by 2050. The Mesa Fire and Medical Department will be the first to receive E-ONE’s Vector, a customizable electric fire truck unveiled by the company this past August.

According to E-ONE, the Vector has the industry’s longest electric pumping duration, allowing four hose lines to operate for four hours on a single charge. Mike Virnig, vice president of sales at REV Fire Group spoke about the electric fire truck design:

In developing the Vector, we worked closely with our customers to identify their product needs. Using this feedback, we designed a robust EV rig that upholds our commitment to providing the highest quality and best performing fire apparatus. We are excited to partner with Mesa in protecting both their community and the environment and look forward to delivering the first of these revolutionary EV fire trucks. The Vector is well equipped to serve the needs of Mesa firefighters and customizable for department needs across the country.

The first Vector is expected to be delivered to Mesa in 2022. It is currently available for pre-order through REV Fire Group’s sales departments.

This kind of news never gets old to me, and I feel like many of you readers would agree. EV adoption is growing at a solid pace amongst consumers, but commercial vehicles have the potential to achieve more rapid growth and integration, especially alongside vehicle to grid technologies.

Emergency vehicles need to be readily available 24/7, and are leaned upon for their dependability and performance in time sensitive situations. It should be encouraging to see manufacturing specialists succeed in delivering fully-electric ambulances and fire trucks, because it means the technology has reached or surpassed that of ICE vehicles.

Customers purchasing these electric vehicles help further solidify the trust in EV technologies, enough so that they’re confident in relying on them to support first responders. I think that speaks volumes for how far EV technology and performance has come in a short period of time.

I wonder if these vehicles’ sirens will seem even louder without the noise pollution from loud diesel engines as they zoom past to save the day? I’d love to see kids climbing on these trucks and getting their picture taken at suburban block parties someday. Feels like the inevitable future.