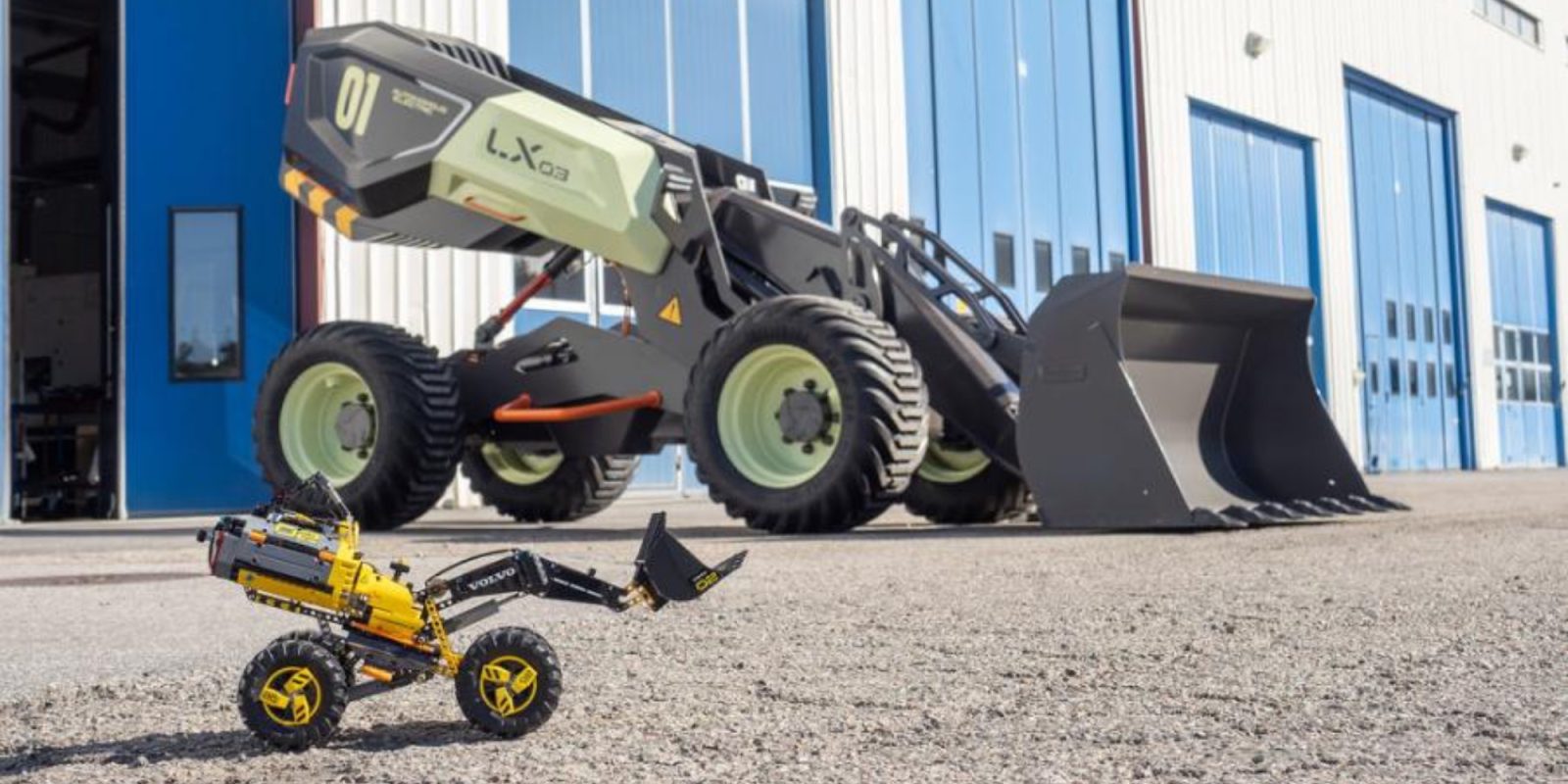 Volvo CE is giving us a closer look into its research and development process, showing off an autonomous battery-powered prototype construction vehicle that’s currently in the works. Even more interestingly, the in-development Volvo LX03 also originated as part of a collaboration with the LEGO Group, making it the very first Technic set to become an actual machine.

First appearing as a concept in 2018, Volvo CE is finally showcasing the fruits of its collaboration with the LEGO Group. Originally appearing as a LEGO Technic model that you could actually assemble, the joint effort is seeing an actual version of the construction vehicle. Originally designed to explore the future of construction, reality has now caught up to that forward-thinking mind-set.

Opting the original LEGO Technic set into a real worksite tool, Volvo is co-opting that original design for the current product. That makes the LX03 the very first vehicle that has gone from LEGO model to an actual machine. Well, at least one that wasn’t already inspired after some form of real-world release in the first place.

Ditching the name it was given as a building kit (Concept Wheel Loader ZEUX), Volvo CE has now shown off the LX03. The prototype electric construction vehicle sports the same driveline as the L25 Electric, an existing EV in the company’s current garage. While there’s the same zero-emission, low-noise focus, the newer iteration adopts autonomous functionality as opposed to the more typical controls that place a worker behind the steering wheel. It also arrives with up to eight hours of runtime, depending on just how it’s put to work.

As of now, the Volvo LX03 is not commercially available, nor does the company have any plans to release the vehicle. Instead, it hopes to learn from the process and apply the the same unique process to future releases. So aside from the few specs detailed above, there’s not too many specs for the Volvo LX03 available.

Even if you won’t see the Volvo LX03 on a worksite anytime soon, it’s pretty interesting to get a glimpse into the company’s research and development process. Aside from whether or not an autonomous electric construction machine ends up being a viable product, it’s interesting to see what was once an imaginary vehicle from a LEGO set turn into an actual EV.