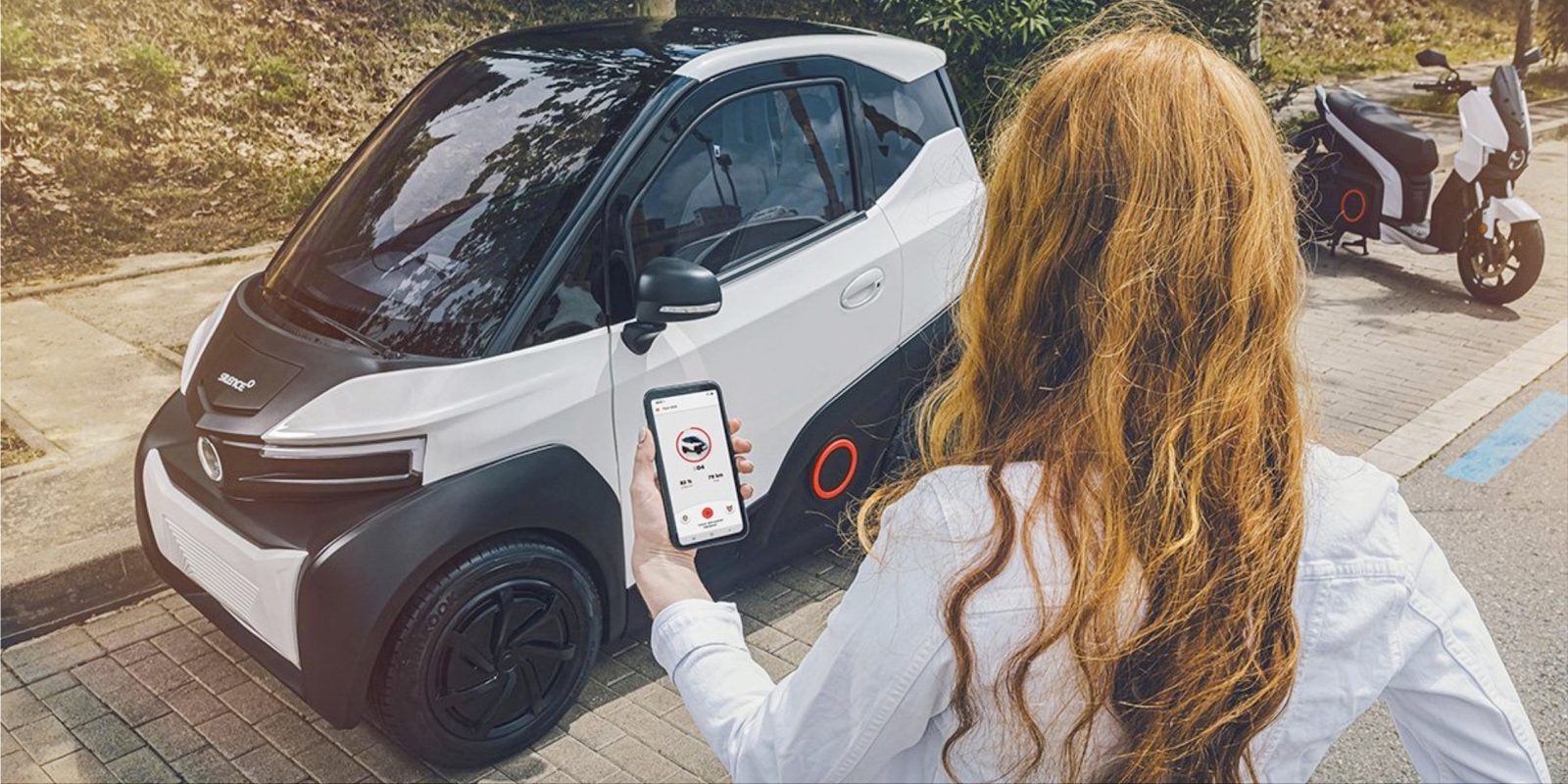 The Barcelona-based company Silence has just unveiled its Silence S04 electric car, which will be produced in two models with varying power and speed levels.

Silence is best known for multiple models of electric maxiscooters, the S01, S02, and S03. The 60 mph scooters are larger than most in the industry, but now Silence is going even bigger and adding two more wheels.

The S04 electric car was unveiled at the opening of the company’s new Barcelona headquarters. Two models were announced for the L6e and L7e categories, representing different legal classifications for quadricycles in Europe.

The small S04 “cars” use offset seating, fitting two passengers in the short 2.33 meter (7’7″) long vehicle. The minimalistic design allows two cars to fit in a typical car parking spot, according to the company. With offset seats, part of the car’s rear includes storage next to the rear passenger.

The L6e version will have a top speed of 45 km/h (28 mph), a 6 kW motor and can be operated by drivers with a simple AM moped license, usually meaning they are licensed for 50cc mopeds. This license is common for younger riders aged 14-16 in many European countries.

The L7e version has a higher top speed of 90 km/h (56 mph) and a larger 14 kW motor. It will require a standard car driver’s license.

The wheeled batteries are quite similar to those developed by Silence for its electric scooters, though they feature a much higher capacity.

The Silence S04 will start at €7,500 (approximately US $8,730), and there will also be a possibility to purchase the vehicle without batteries. Using a model similar to Gogoro’s electric scooter battery swapping, Silence will install battery swap stations in Barcelona to test a new battery swapping pilot. Drivers would buy the car without paying for the battery, then would enroll in a battery swapping program for €20 per month.

These types of quadricycles are becoming popular options in Europe, where legal classifications exist to promote their use. Small electric “cars” like the Citroen Ami and Renault Twizy offer the benefits of enclosed electric vehicles, but with limited speed and power that is more appropriate for the tight confines of urban driving.

Such Low-Speed Vehicles (LSVs) have only recently started appearing in the US, though they remain mostly limited to imported Chinese models that are not legal for on-road use as they are not registered with the NHTSA and lack the necessary DOT homologation.