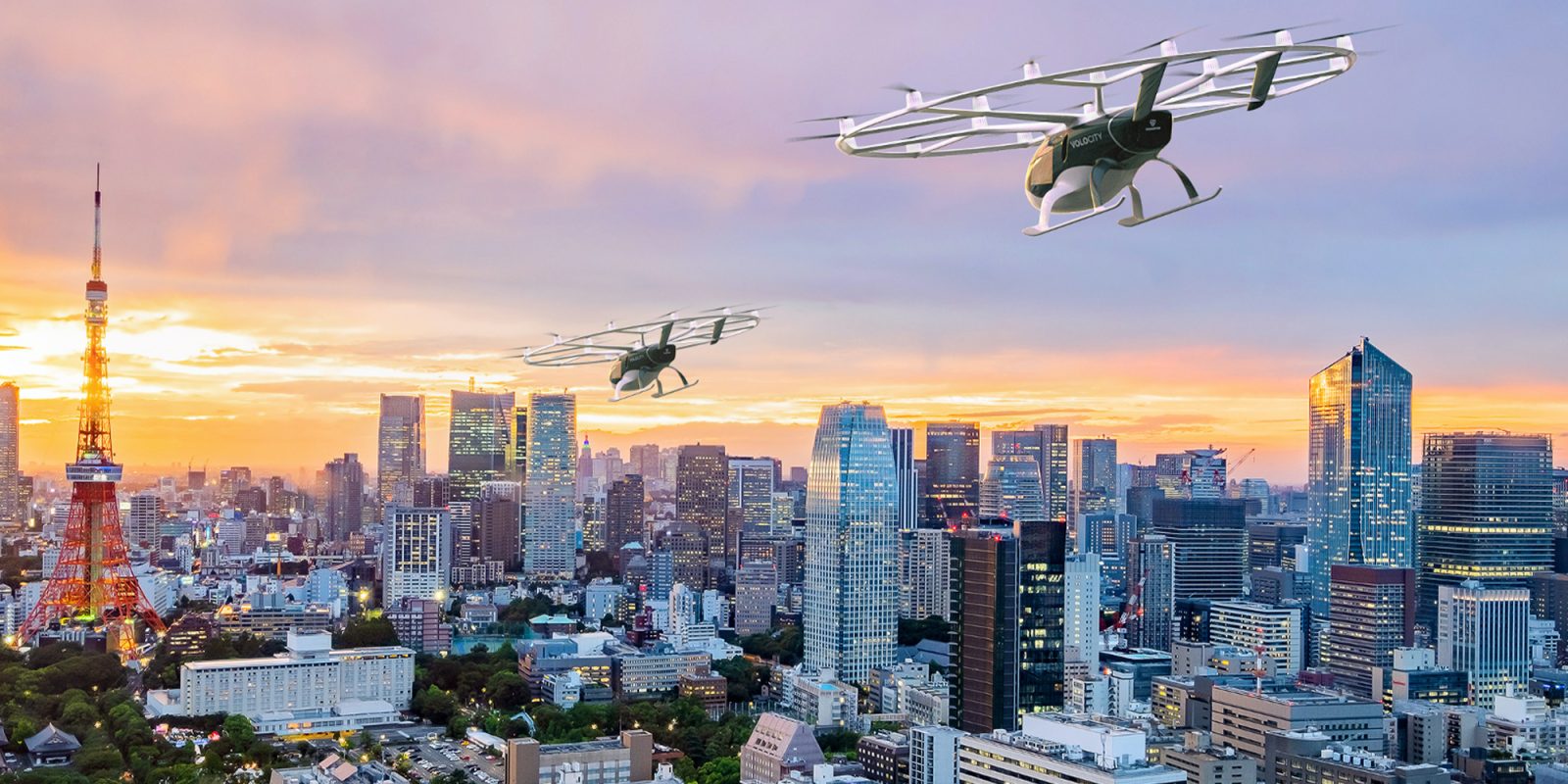 Urban Air Mobility (UAM) specialist Volocopter recently announced it has joined the Osaka Roundtable with the goal of bringing its eVTOL (electric vertical take-off and landing) technology to Japan. Volocopter has also committed to showcasing its flight technology during Expo 2025 Osaka Kansai. With an order already in place from its investor, Japan Airlines, Volocopter looks to begin public test flights of its eVTOL vehicles in Japan as early as 2023.

Volocopter is a German urban air mobility (UAM) developer that functions as an aircraft manufacturer, an airport, and an aerial pioneer all in one. With over 400 current employees, it’s financially backed by the likes of Daimler and Japan Airlines (JAL).

The company is headquartered in Bruschel, Germany where it was founded. The city is also home to three test and development sites focused on the progress of its VoloCity air taxi.

In addition to Bruschel, Volocopter also operates in Munich, where it focuses on the VoloDrone for heavy cargo transportation and the development of the electric VoloConnect for longer flights.

Looking ahead, Volocopter is working on launching one of the first eVTOL urban air taxi services in the world in Singapore within the next three years. The company also plans to deliver 150 Volocopter products to China’s Geely within the next five years.

In September, we reported that Volocopter partnered with Urban Movement Labs (UML) in Los Angeles to explore the possibility of bringing UAM solutions to the area, beginning with a marketing campaign at CoMotion 2021 in November.

With it’s latest announcement, Volocopter looks to more quickly expand its footprint in Asia, already looking beyond the eVTOL vehicles for Japan Airlines.

Volocopter looks to begin eVTOL flights in Japan by 2023

In a recent press release, Volocopter shared the news that it had participated in the Osaka Roundtable out of Japan, with plans to bring its eVTOL technology to the country in multiple facets.

This includes demonstrating its UAM tech at the Expo 2025 Osaka Kansai, a world exposition that takes place every few years in cities around the globe. According to Volocopter’s release, Japan has been working since 2018 to implement the full commercialization of eVTOL air taxi and heavy lift cargo drones by 2030. These are two aerial products Volocopter is actively developing.

Volcopter CEO Florian Reuter spoke about the company’s commitment to Japan and the opportunity it provides for the future of eVTOL technology:

We are honored to be seated at the Osaka Roundtable and take flight at an important milestone of the Expo 2025 Osaka Kansai. Japan’s and Osaka’s commitment to UAM commercialization and its open approach allows us to be involved in pioneering them into the future of mobility. As the world’s first and only eVTOL developer with successful public flights in several continents and a family of multi-functional aircraft, we are confident that we will become an integral part of Japan’s future UAM ecosystem. Together with our partners, we aim to improve lives in densely populated areas with our sustainable UAM services.

One of the partners Reuter is referring to is Japan Airlines, an investor in the company since February of 2020. The company recently reserved 100 eVTOL aircraft consisting of Volocopter’s VoloCity air taxis, and VoloDrones.

2025 might seem like a ways away, but Volocopter is proactively speaking with local regulators in Japan to ensure successful UAM commercialization. The company also stated that it is in direct communication with local government offices to discuss how its products can support disaster relief.

Looking ahead, Volocopter will continue to work with Japanese regulators and the Osaka Roundtable to prepare for 2023 and beyond, while continuing its development toward commercialized eVTOL flights in other parts of Asia, Europe, and possibly the US.