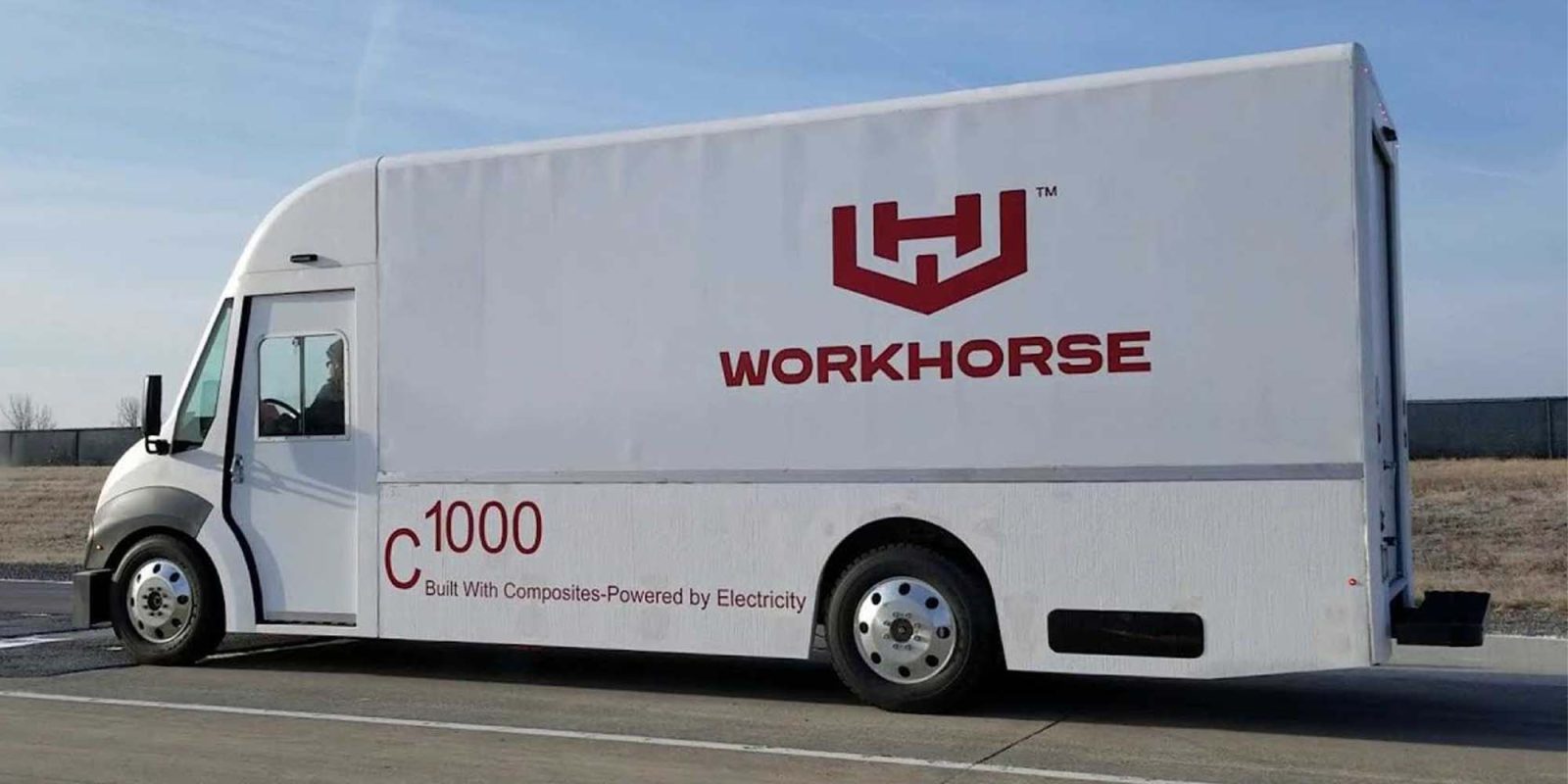 Workhorse Group has announced an immediate halt to all sales and deliveries of its C-1000 electric truck, citing that it found a previous report from the National Highway Traffic Safety Administration (NHTSA) unreliable. In addition to frozen sales, Workhorse announced it will recall 41 electric vans that have already been delivered to customers.

Workhorse Group is an EV manufacturer that specializes in delivery vans, with roots that date all the way back to 1998 with step van chassis. In 2015, AMP Electric Vehicles took over the Workhorse Chassis name and rebranded it as Workhorse Group with a focus on electrified delivery vehicles.

After licensing its W-15 electric pickup design to Lordstown Motors in 2019, Workhorse focused on electrified last-mile delivery vehicles, garnering a slew of orders in early 2021. However, the company has since struggled to meet production targets.

One potential suitor was the USPS, for which Workhorse became one of three bidding finalists for a contract, the only one to bid for an entire fleet of BEVs. Its proposal, however, was rejected and Workhorse’s stock immediately plummeted 47%.

In June, Workhorse Group filed a lawsuit against the USPS. With new CEO Rick Dauch, who replaced ousted CEO Duane Hughes on July 29th, Workhorse withdrew its legal challenge to focus on other business opportunities.

One of those opportunities for the new Workhorse chief is to ensure the safety and quality of its electric vehicles, hence the latest announcement of a recall.

The Company has identified a number of enhancements in the production process and design of the C-1000 to address customer feedback, primarily related to vehicle dynamics to increase the vehicles’ payload capacity. As Workhorse has identified these enhancements and continued its review and redesign of the C-1000, the Company has decided to suspend deliveries of C-1000 vehicles and recall 41 vehicles it has already delivered. As part of these efforts, the new leadership team has determined that additional testing and modifications to existing vehicles are required to certify the C-1000 vehicles under Federal Motor Vehicle Safety Standards (FMVSS).

Although Workhorse has issued a recall on the electric vans, it has stated that it has not received any customer reports of safety issues in any of the C-1000 vehicles previously delivered.

CEO Rick Dauch has spearheaded this recall and demanded higher quality from Workhorse products than his predecessors were delivering. Dauch spoke on the Workhorse recall in the release as well:

Our new leadership team is taking decisive and necessary actions as we conduct our comprehensive operational review of the business. We have identified a number of opportunities to improve our C-1000 series vehicles and are committed to getting these previously delivered vehicles back on the road. Importantly, we remain on track to communicate our new, long-term strategic roadmap to enhance our trucks and operational capabilities on our third quarter earnings call. We continue to be confident in our ability to be a leading manufacturer of last-mile delivery vehicles over the long term.

Dauch continues to try and right the Workhorse ship left amiss by those who came before him, but the automaker has already missed out on first-mover perks that come with delivering the first electric vans.

Competitors like Rivian and GM subsidiary BrightDrop are already moving in on the space. This fact, on top of multiple quarters not hitting van delivery targets, has put Workhorse on the hot seat.

While the latest recall is admirable in showcasing Workhorse Group’s newfound focus on safety and quality EVs, a halt to sales and production will only make future progress more difficult.

Dauch surely has his work cut out for him.