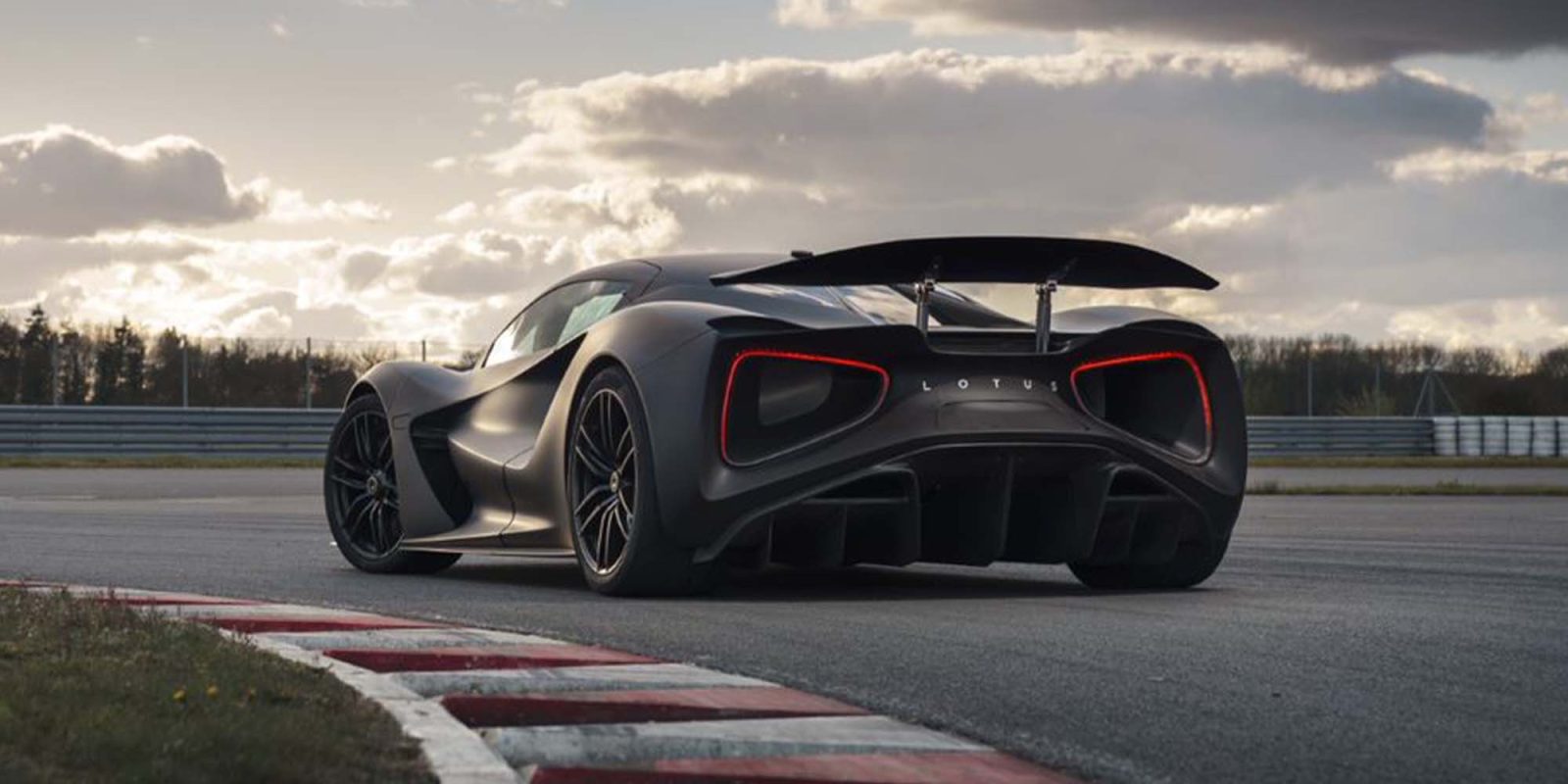 Following a recent announcement to introduce a new lineup of all-electric performance cars, Lotus has shared the chassis architecture the EVs will sit upon. The rear structure on this new architecture is 37% lighter than it is on the current Emira V6 and will support a new generation of Lotus performance cars with zero emissions.

Lotus Cars is an automotive manufacturer based in England with over 70 years of experience, specializing in sports cars and racing, especially Formula One.

Known for its lightweight performance vehicles, Lotus has delivered some of the fastest cars on the planet during its tenure, which has been majority-owned by Chinese automotive conglomerate Geely Holding Group Co. Ltd. since 2017.

While Lotus’ entire history producing speedy autos has relied on combustion, the British automaker hinted at the possibility of developing EVs in 2019, with the debut of its $2.1 million Evija hypercar concept.

The EV has since scorched racetracks, stylishly showcasing that Lotus can deliver the lightweight speed and handling it has been celebrated for without the dependency on fossil fuels.

Rolling off the early momentum around its flagship Evija EV, Lotus recently announced its own strategized epoch toward electrification, including four electric vehicles, two of which being SUVs.

Following a world premiere today, the public now has a glimpse of the new chassis these upcoming EVs will be built around.

In a press release from Lotus Cars, the automaker has delivered a world premiere of its modular EV chassis.

This new chassis architecture has been designed by the Lotus team as an adaptable platform for a variety of future EVs with different seating, motor configurations, wheelbase lengths, and battery sizes.

Funding for the LEVA project partially came from the Advanced Route to Market Demonstrator (ARMD) program, awarded by the UK government. Lotus Cars’ Executive Director of Engineering, Richard Moore spoke about the capabilities of the new chassis:

Project LEVA and the electric sports car architecture are perfect illustrations of the innovation which continues to be at the heart of everything Lotus does. Today’s EVs are heavy in comparison to their ICE equivalents, so the ARMD funding has helped Lotus to innovate earlier in the product cycle and develop a new vehicle architecture that targets lightweight and performance density from conception. Rather than developing a single vehicle, it means Lotus now has the ‘blueprint’ for the next generation of electric sports cars, for future Lotus products and for the Lotus Engineering consultancy to commercialize.

According to Lotus, the rear structure on the new chassis architecture is 37% lighter than it is on the Emira V6 ICE vehicle. With a lighter chassis and instant torque from electric motors, Lotus is sure to deliver clean, nasty speed with its upcoming family of EVs.

The new lightweight chassis is ready to support prototypes, and Lotus will now focus on developing and manufacturing the four announced EVs with the help of Geely. Here’s the current timeline: