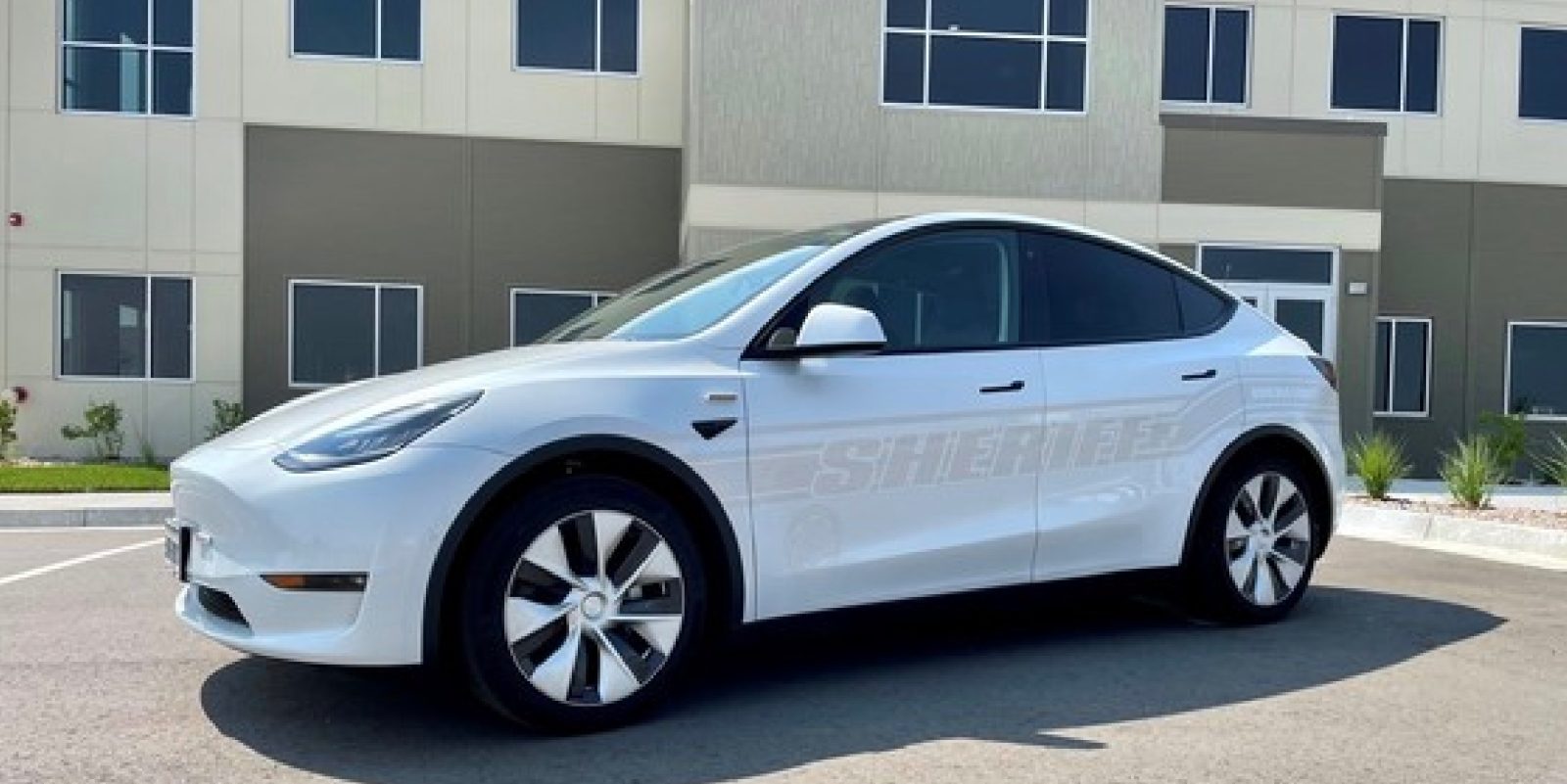 The Boulder County Sheriff’s Office announced that it acquired a Tesla Model Y to test as a police patrol vehicle.

It justified that higher sticker price with gas savings resulting in a cheaper total cost of ownership in just 6 to 18 months.

Like many other law enforcement agencies, the Boulder County Sheriff’s Office is starting to look into electrifying its large fleet of vehicles.

Tesla vehicles have become the go-to EV for police departments around the world.

Many have started adding Tesla Model 3s to their fleets, like the NYPD most recently, and now, the Model Y is starting to gaining momentum.

Last year, Fremont police and the Spokane Police Department both bought Model Ys to use as patrol vehicles.

It can be hard for public agencies to justify buying the more expensive vehicles over the more popular Ford SUVs used for police patrol, but patrol vehicles cover so much mileage that gas savings can quickly add up.

The Boulder County Sheriff’s Office expects to recover its cost within 6 to 18 months.

With the average five-year life of a patrol vehicle, the savings could be massive.

“While the initial cost of a Tesla is higher than the Ford PI SUV, research and anecdotal evidence shows that the initial cost difference is made up within 6-18 months due to the significantly lower operating and ownership costs of the Tesla. Due to the simplicity of design and lack of moving parts, the Tesla is also expected to have a much longer service life than its internal combustion engine (ICE) counterparts. Law enforcement vehicles spend a great deal of time idling and engaging in sudden start/stop driving, which for ICE vehicles consumes significant amounts of fossil fuels and produces a lot of wear and tear on the engine components. Our data shows that over the average life of a patrol vehicle (5yrs/105,000mi), the Ford Police Interceptor’s fuel and maintenance costs equate to roughly $0.187 per mile driven, while the Tesla Model Y’s operating and maintenance costs equate to roughly $0.029 per mile driven. That equates to roughly $19,635 in fuel and maintenance costs for the Ford Police Interceptor SUV compared to only $3,045 for the Tesla Model Y.”

The Boulder County Sheriff’s Office also confirmed that it is working directly with Tesla.

While some police departments have been buying Tesla vehicles like any other customers, Tesla has been making moves lately to be directly involved in help law enforcement go electric.

In the UK, Tesla built its own Model 3 police patrol vehicle to be tested by police departments in the market.

The automaker has also been working on software to be integrated into its vehicles for police work.