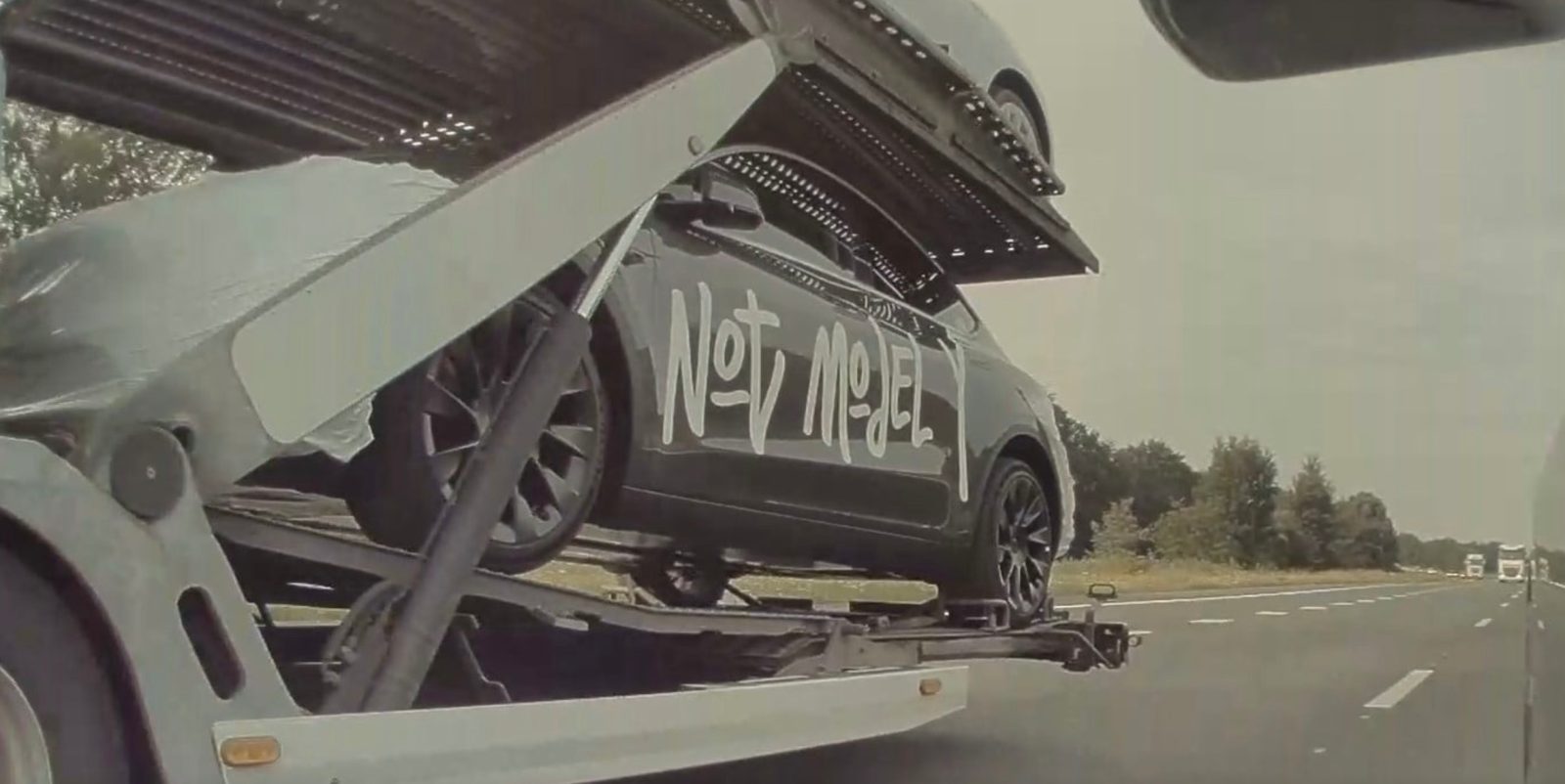 A bunch of Tesla Model Y electric SUVs have been spotted in Europe sporting odd “Not Model Y” decals ahead of deliveries.

Tesla originally planned to only launch the Model Y in Europe when it locally produced the electric SUV at Gigafactory Berlin in Germany.

However, the automaker changed its plans last month and opened Model Y orders for September deliveries, but those vehicles are going to be produced at Gigafactory Shanghai in China.

Earlier this week, we reported on Tesla exporting over 8,000 Model Y SUVs from China last month.

Most of those are expected to be headed to Europe.

Now a bunch of Model Y SUVs have been spotted being transported toward Eindhoven in the Netherlands (spotted by Peter van Limpt via Facebook):

As you can see, the Model Ys have some sort of decal on them that reads ‘Not Model Y’.

The reason for those are not clear, but my best guess would be it’s Tesla’s idea of a “camouflage.”

Those vehicles are likely test vehicles for internal testing and/or regulatory approval, and in the auto industry, they’re often equipped with camouflage wraps.

Tesla hasn’t used those much, but this might be the company joking about this practice.

It also sounds like a reference to Boring Company’s flamethrower that they ended up calling “Not a Flamethrower” in order to avoid shipping issues.

What do you think the reason is for those decals? Let us know in the comment section below.