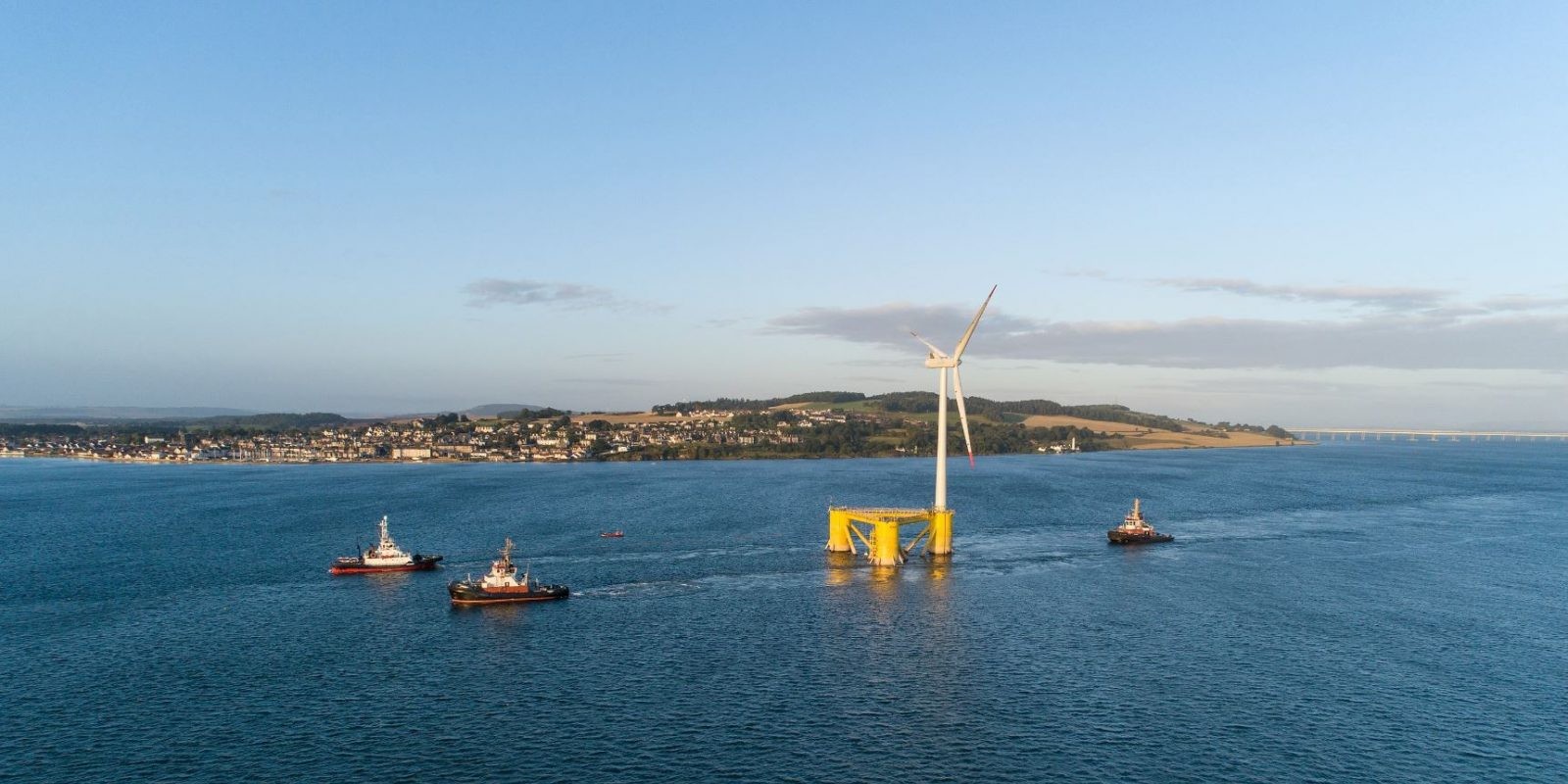 The fifth and final floating wind turbine is now connected to its moorings at the Kincardine wind farm off the coast of Aberdeen, Scotland.

Connector technology company First Subsea said the last Vestas V174 9.5 megawatt (MW) wind turbine was connected this past weekend. First Subsea will help with the connection of the cable protection system for the dynamic cables later this summer.

Once it’s live, the 50 MW Kincardine project, which was developed by the Madrid-headquartered Cobra Group, will be the world’s largest floating offshore wind farm, with six turbines about nine miles (14 km) off the coast. It consists of a 2 MW Vestas turbine, which has been operating since October 2018, and five 9.5 MW Vestas turbines. Kincardine will generate up to 218 GWh of power annually, which will be enough to power around 55,000 households in Scotland.

Read more: Biden administration opens up the US Pacific coast to offshore wind

Most and least energy-expensive states

With residential electricity use projected to increase by 2.8% in 2021, the personal-finance website WalletHub today released its report, “2021’s Most & Least Energy-Expensive States.”

WalletHub compared the average monthly energy bills in each of the 50 states and the District of Columbia using a special formula that accounts for the following residential energy types: electricity, natural gas, motor fuel, and home heating oil. (In other words, those are all fossil fuels with rising costs.)

The dollar amount listed beside each state above reflects its average monthly energy bill:

Hawaii has the lowest average monthly consumption of electricity per consumer, 501 kWh, which is three times lower than in Louisiana, the highest at 1,484 kWh.

In Northeastern states, between 8% and 62% of households use heating oil to heat their homes, compared with less than 3% of households in the rest of the US.

The District of Columbia has the lowest average monthly motor-fuel consumption per driver, 23.46 gallons, which is 3.4 times lower than in Wyoming, the highest at 80.53 gallons.

(Wyoming, despite producing all that oil, you might want to consider going electric.)

You can see how your state ranks here.