EGEB: Caterpillar will develop all-electric vehicles for a graphite mine 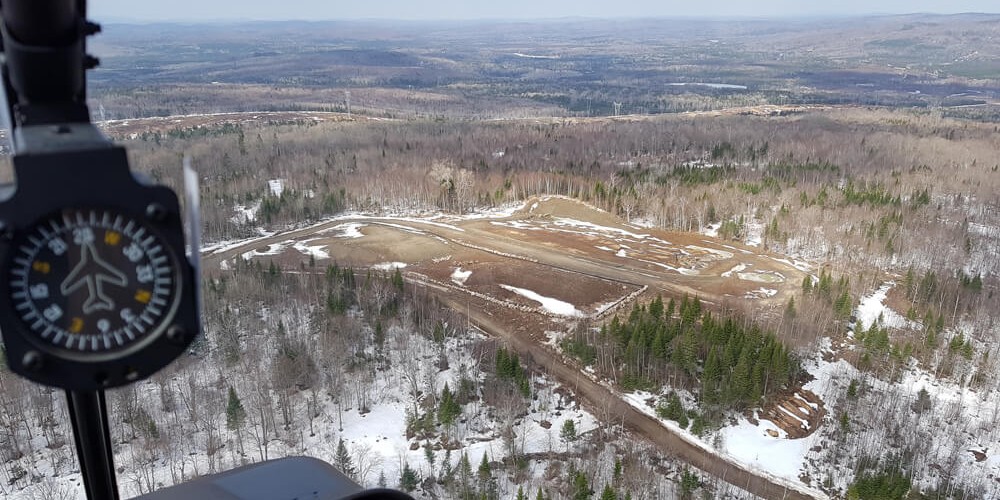 Use an EV to mine graphite, then put it in batteries to power electric vehicles mining the graphite.

Deerfield, Illinois-based construction and mining equipment giant Caterpillar and Montréal-based Nouveau Monde Graphite (NMG) are partnering so Caterpillar can fully power NMG’s Matawinie graphite mine (site pictured above) with all-electric machines by 2028. Matawinie is 100% owned by NMG and is located in Saint-Michel-des-Saints, 150 km (93 miles) north of Montréal.

Neither company goes into specifics about the electric vehicles Caterpillar will develop.

NMG “is developing advanced carbon-neutral graphite-based material solutions for the growing lithium-ion and fuel cell markets.” As NMG CEO Éric Desaulniers points out in the video below:

The graphite extracted with this technology might actually power its battery pack.

Electrek last wrote about Caterpillar in 2019, when it developed an all-electric 26-ton excavator with a giant 300 kWh battery pack for construction company Veidekke in Norway.

Democratic Republic of Congo, which is Africa’s top copper producer and the world’s largest cobalt miner, signed power purchase agreements for the construction of two 100 megawatt solar farms in the southeast, which are copper- and cobalt-rich. Cobalt and copper are used in electric vehicle batteries.

With the signing of this agreement, we will contribute to securing the energy supply in the major urban and peri-urban centers.

Similarly, we will be able to ensure the supply of electricity to industrialists in the area, in particular the mining companies which represent the economic lungs of Haut-Katanga and Lualaba [provinces].

The two plants will provide the [DRC]’s grid with an average annual production of around 500 gigawatt hours, enough to supply electricity to more than 1.25 million people, SNEL said.

…Less than 10% of Congo’s roughly 90 million people have reliable access to electricity, and electricity shortages are a major impediment to building processing factories to add value to copper and cobalt exports.