EGEB: Oil giant Total rebrands as TotalEnergies, but some call it a greenwash 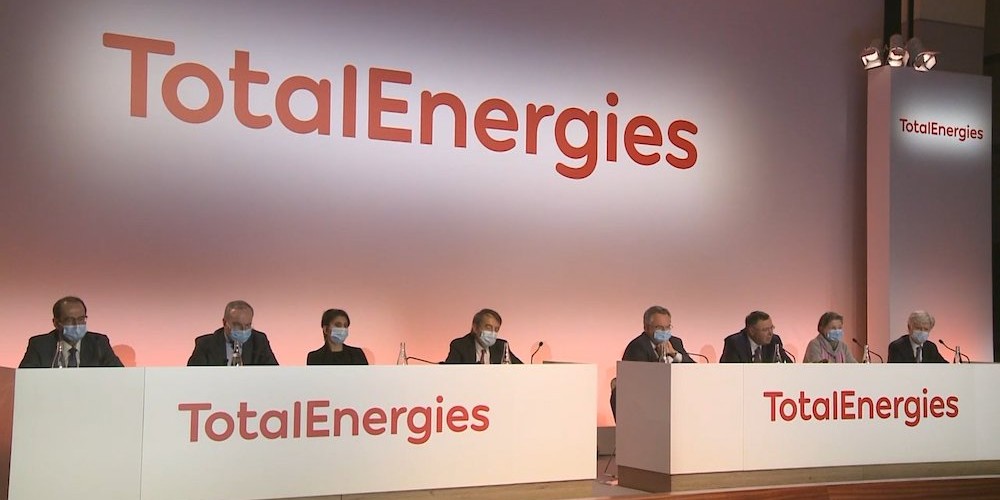 Total shareholders voted overwhelmingly on Friday – 99% in favor – to rebrand the French oil and gas giant to TotalEnergies to mark its shift to renewables. The shareholders also backed the company’s climate plan to gradually reduce its emissions.

Total is the world’s fourth-largest privately owned oil and gas producer. Renewables make up 20% of its investments this year.

The investors who opposed its climate plan did so because they felt it didn’t go far enough. Business Recorder reports:

Dutch fund ACTIAM… said that Total’s emissions strategy “falls short as it remains unclear how it will meet its goals given its current pace of fossil fuel production and investments that still significantly outpace those in renewables.”

Total announced in September 2020 that it would develop 35 gigawatts (GW) of gross wind and solar energy generation capacity by 2025, Electrek reported. In February 2021, it pledged to develop 100 GW by 2030, making it a frontrunner among oil giants shifting into renewables.

European fossil fuel companies are ahead of their US counterparts in terms of willingness to set concrete targets to transition away from fossil fuels, but none of them are meeting Paris Agreement targets. Mike Coffin, senior analyst in oil and gas at financial think tank Carbon Tracker, said [via the BBC]:

Total we see in the upper tier, ranking alongside BP, but below Eni. They don’t fulfil all our hallmarks of Paris [climate treaty] compliance, but above Shell and certainly above the North American companies.

Italy-based Enel has a 145 GW renewables target and says it wants to be a “renewables supermajor.”

The first of a total of 165 wind turbines has been installed on the Hornsea Two offshore wind farm in the UK, 55 miles (89 kilometers) northeast of Grimsby in Yorkshire.

Once Hornsea Two comes online in 2022, it will become the largest operating wind farm in the world, outsizing its sister project 1.2 GW Hornsea One. But it will be dethroned by the 4.8 gigawatt Dogger Bank, also off Yorkshire in the UK, once it’s completed in 2026, as well as other projects being built globally.