EGEB: Korean companies to spend nearly $40 billion to build EV tech in the US 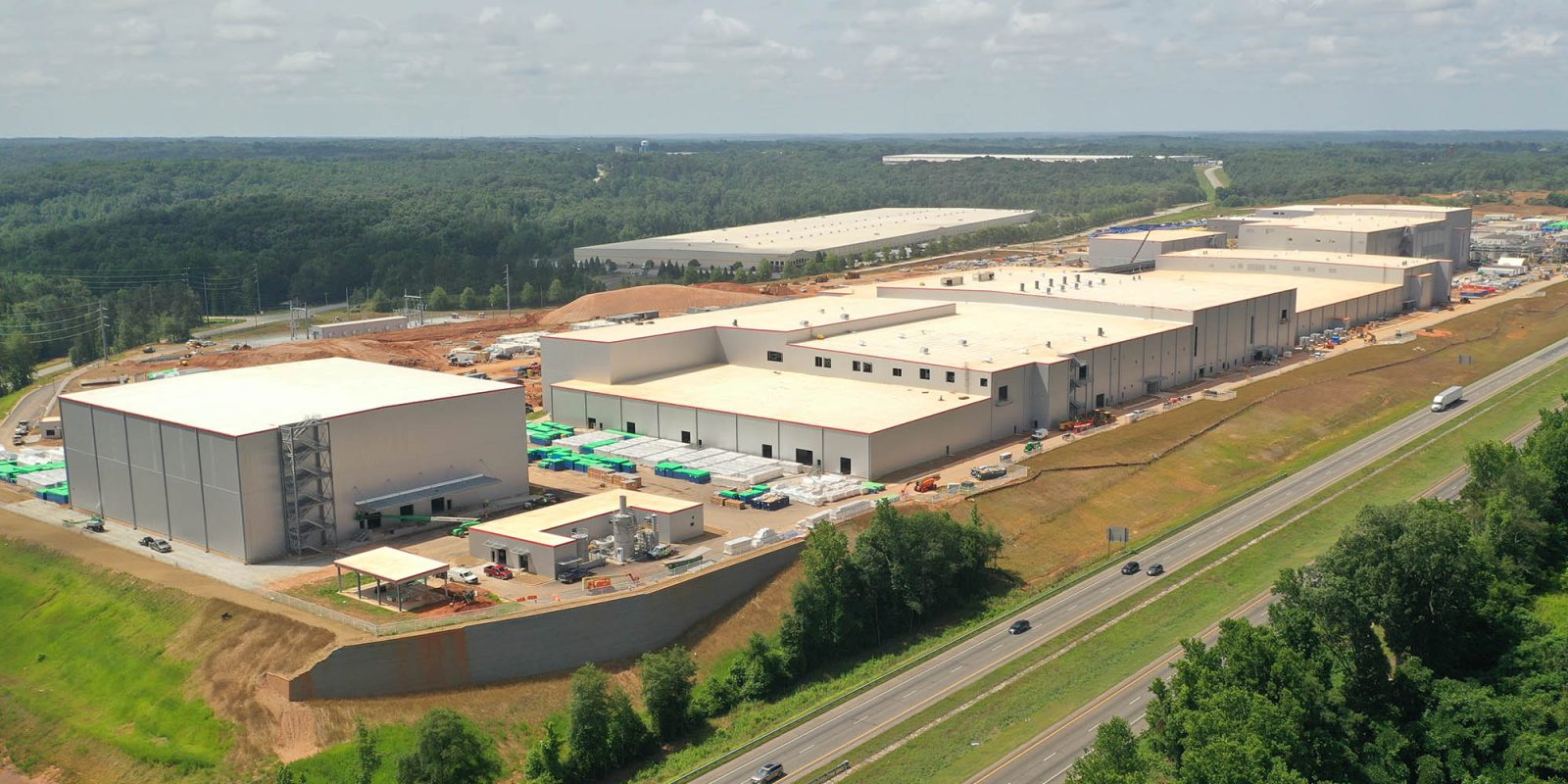 Korean EV tech in the US

The Biden administration is keen for US electric vehicle manufacturing to ramp up fast, so South Korean companies are going to help.

South Korean president Moon Jae-in and CEOs of Korean companies have pledged that the latter will make big investments in the manufacturing of such EV tech as batteries and semiconductors in the US. The two countries are collaborating to compete with China and create a stable supply chain.

“If the US government provides a wide variety of incentives for battery production facilities, there will be more investment to come,” Moon said during a visit to SK Innovation’s electric vehicle battery plant in Commerce, Georgia [pictured above], on Saturday.

Moon and US president Joe Biden held a summit in Washington on Friday. And in the time leading up to and during the summit, Korean tech giants Samsung, SK, LG, and Hyundai announced plans to invest nearly $40 billion in US manufacturing. The CEOs of the four companies accompanied Moon on his four-day visit to the US and participated in a South Korean-US business roundtable session.

Here’s how the nearly $40 billion breaks down:

In early April, SK Innovation agreed to pay LG Energy Solution, a unit of LG Chem, $1.8 billion in order to settle a US trade dispute. The two companies agreed to “work together to strengthen the battery network and environmentally friendly policy that the Biden administration is pursuing,” according to a joint statement.

The settlement then enabled SK and Ford to agree a $6 billion deal in which SK will manufacture battery cells for Ford in the US, as Electrek reported.

New “ultra-rapid” chargers in the UK

The UK’s energy regulator Ofgem will spend £300 million ($424 million) to install 3,550 new “ultra-rapid charging points” on motorways and in towns over two years. This breaks down to 1,800 charge points for motorway service stations and 1,750 charge points in towns and cities that can charge up an EV in 20-40 minutes.

One in 10 new cars sold in 2020 was a plug-in vehicle, with 6.6% battery electric cars and 4.1% hybrid cars that plug in to charge, according to the Society of Motor Manufacturers and Traders, which says the government needs to “throw the kitchen sink at the issue of charging.”

The UK will ban the sale of new gas and diesel cars from 2030 and phase out hybrid vehicles from 2035.

Ofgem’s chief executive, Jonathan Brearley, said drivers “need to be confident that they can charge their car quickly when they need to” if the UK hoped for a “rapid take-up” of electric cars, reports the Guardian.