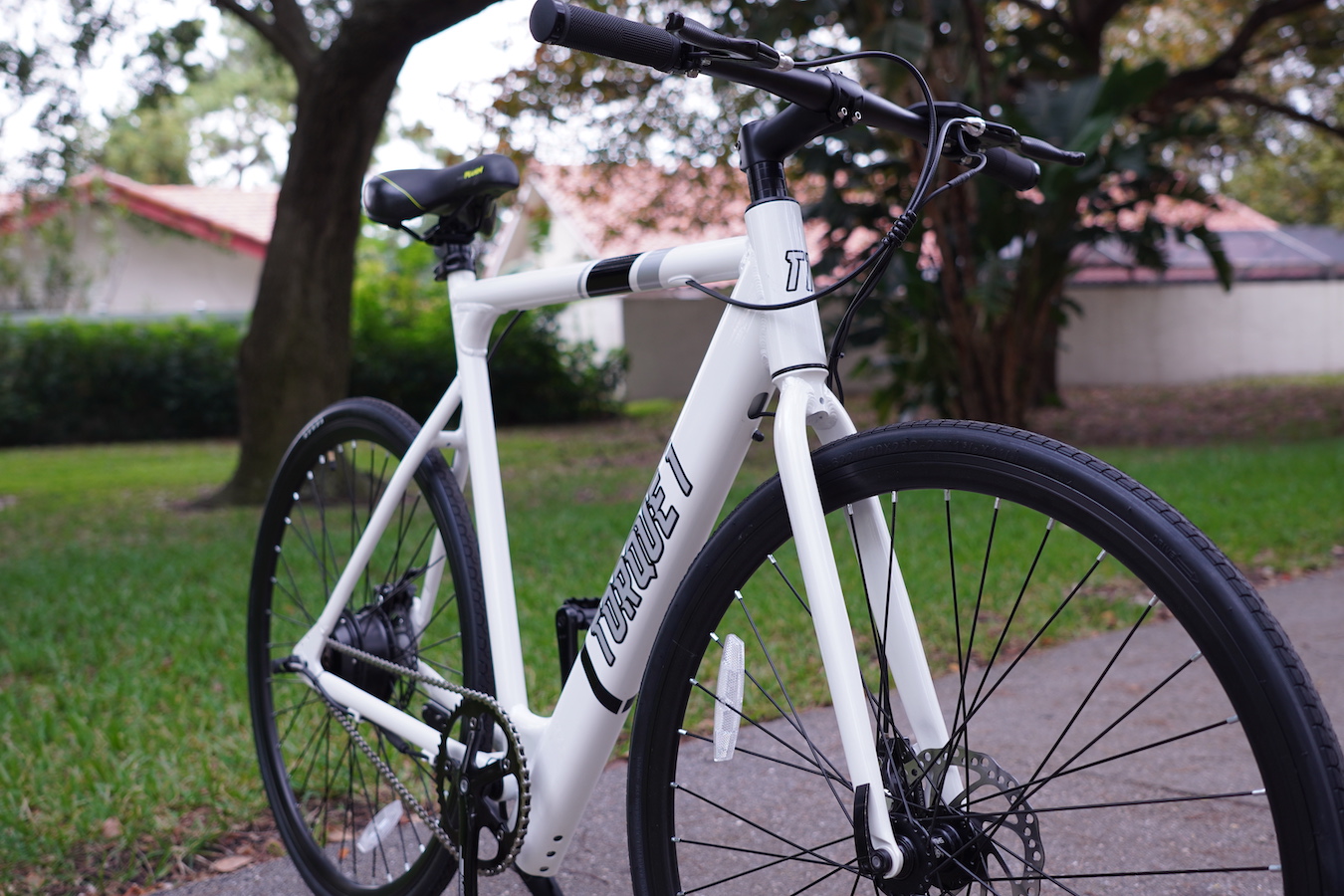 The Torque 1 electric commuter bike from St Petersberg, Florida-based Ride Scoozy may just be one of the most affordable electric bicycles out there with a torque sensor.

For those that don’t nerd out about e-bikes as much as the rest of us, a torque sensor is just a more elegant way of controlling power on an electric bike.

E-bikes that lack throttles are powered by a Pedal Assist System (PAS) that engages the e-bike’s motor when it detects that the rider is pedaling.

The most simple form of PAS uses a cadence sensor that measures roughly how fast the pedals are turning. The faster the rider pedals, the more power is sent to the motor. It works, but it has a few drawbacks. For example, cadence sensors tend to exhibit power lag while the system is counting the first few pedal rotations to determine speed. When the user starts to pedal, it takes a second or two for the power to kick in.

A more elegant PAS sensor is a torque-sensor. These measure how hard the rider is pedaling, not how fast. The reading is nearly instantaneous, which means that the power comes on quickly.

It also adjusts more effectively as the rider often pedals harder on hills or when starting from rest and thus needs more power.

Most e-bikes that feature torque sensors instead of cadence sensors are found on the higher end of companies’ product lines. The Torque 1 from Ride Scoozy though is priced at a mere $1,199 – far below the average electric bicycle price in the US.

The 20 mph (32 km/h) e-bike is considered a class 1 e-bike in the US and thus can ride just about anywhere bicycles are permitted.

The battery is integrated into the downtube of the frame, which comes with its own advantages and disadvantages. Integrated batteries make the bike look sleeker and stealthier than bulky external batteries, and the batteries are also harder to steal.

On the other hand, the batteries also can’t be easily removed for charging (most are designed to be removed only for servicing) and thus the battery must be charged on the bike.

The single-speed drivetrain and narrow 700Cx28mm tires help keep the bike’s weight down too, though a lack of fenders means you might want to add your own for all-weather commuting.

The bike is certainly simple, offering just an LED display and basic mechanical disc brakes. But at $1,199, the Torque 1 is designed as an entry-level commuter e-bike that just happens to feature a non-entry-level torque sensor for an improved ride.

It’s an interesting combination of low and high tech, one we haven’t seen much of before in this industry.