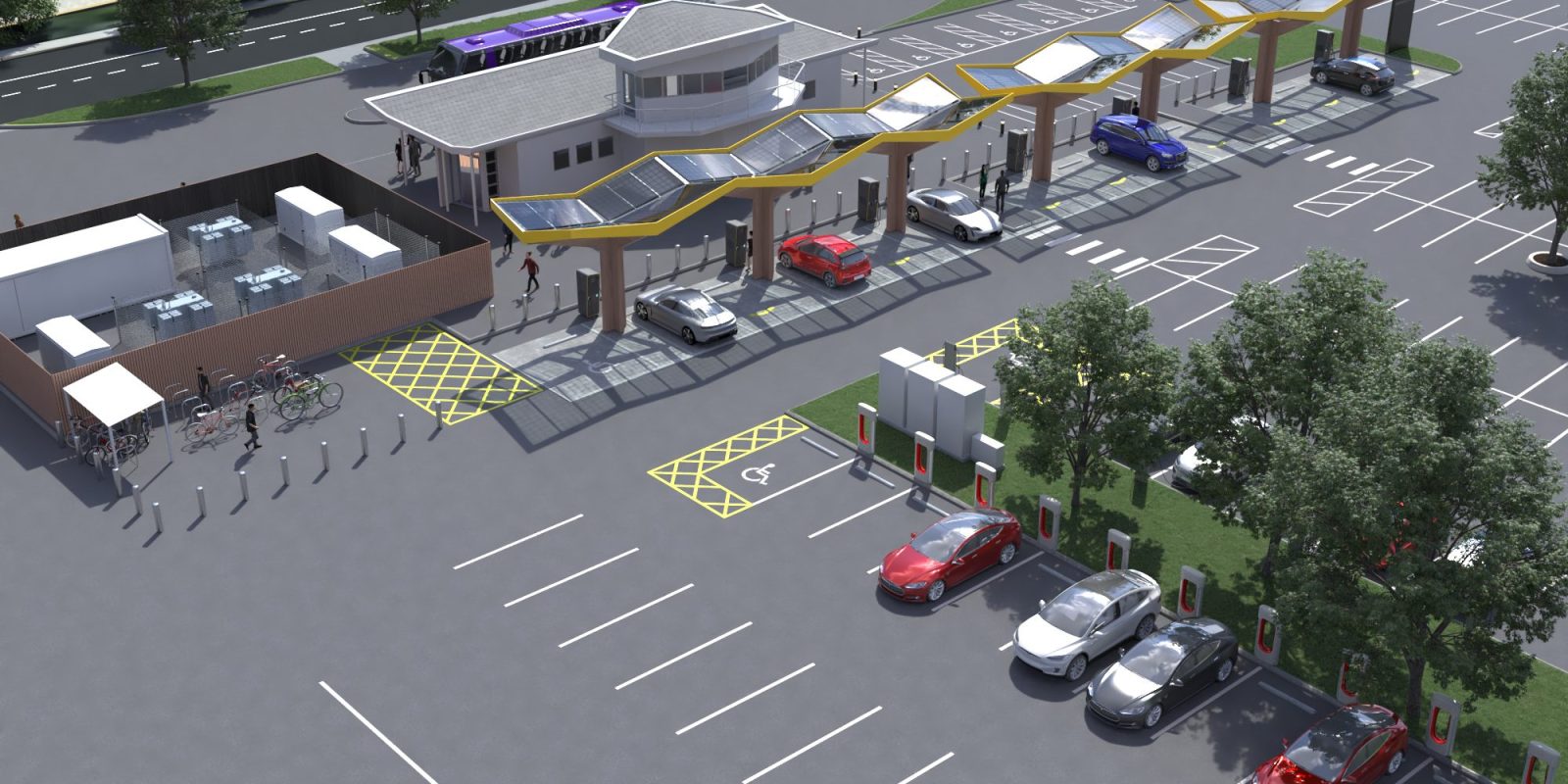 Tesla and Fastned, a Dutch charging network, are creating what they call an ‘Energy Superhub,’ a large dual-branded charging station in Oxford.

Fastned is a Netherland-based company that expanded across other European markets over the last few years.

While Tesla owners often stick to Tesla’s own charging stations, Fastned tried to appeal to Tesla drivers early on by adding Tesla CHAdeMO adapters to its stations.

Now that Tesla uses the CCS standard in Europe, the cooperation is even easier, and it opened a giant fast-charging hub in Germany last year.

Following up with the concept, the companies have now announced a new ‘Energy Superhub’ in Oxford:

“Fastned, the European fast charging company, teams up with Oxford City Council, Pivot Power and Wenea to build and operate one of it’s largest fast charging stations at the upcoming Energy Superhub Oxford. The Fastned station will have up to 14 fast chargers and there will be 12 Tesla Superchargers on site. It will be one of Europe’s most powerful electric vehicle charging hubs, with up to 10MW of power available for future expansion. It is the first of a number of similar sites planned by Pivot Power across the United Kingdom. The Energy Superhub is located on Oxford’s ring road and integrates with the Redbridge Park and Ride facility. The hub is due to open at the end of 2021.”

The two charging networks are going to be able to share local amenities for a better overall experience:

Michiel Langezaal, CEO of Fastned, commented on the new announcement:

“Our mission is to accelerate the transition towards electric mobility by giving freedom to electric drivers. EV drivers experience this freedom when they know that fast and convenient charging is omnipresent. Energy Superhub Oxford is a great initiative by the City Council that supports us in working towards that goal. We need hundreds more and will therefore continue to engage with landowners and partners such as Pivot Power across the UK. Big stations are the only way to provide charging capacity to the exponentially growing number of EVs coming to our roads.”

As for Tesla, the automaker’s Supercharger network recently reached the milestone of 25,000 Superchargers installed at over 2,700 stations around the world.