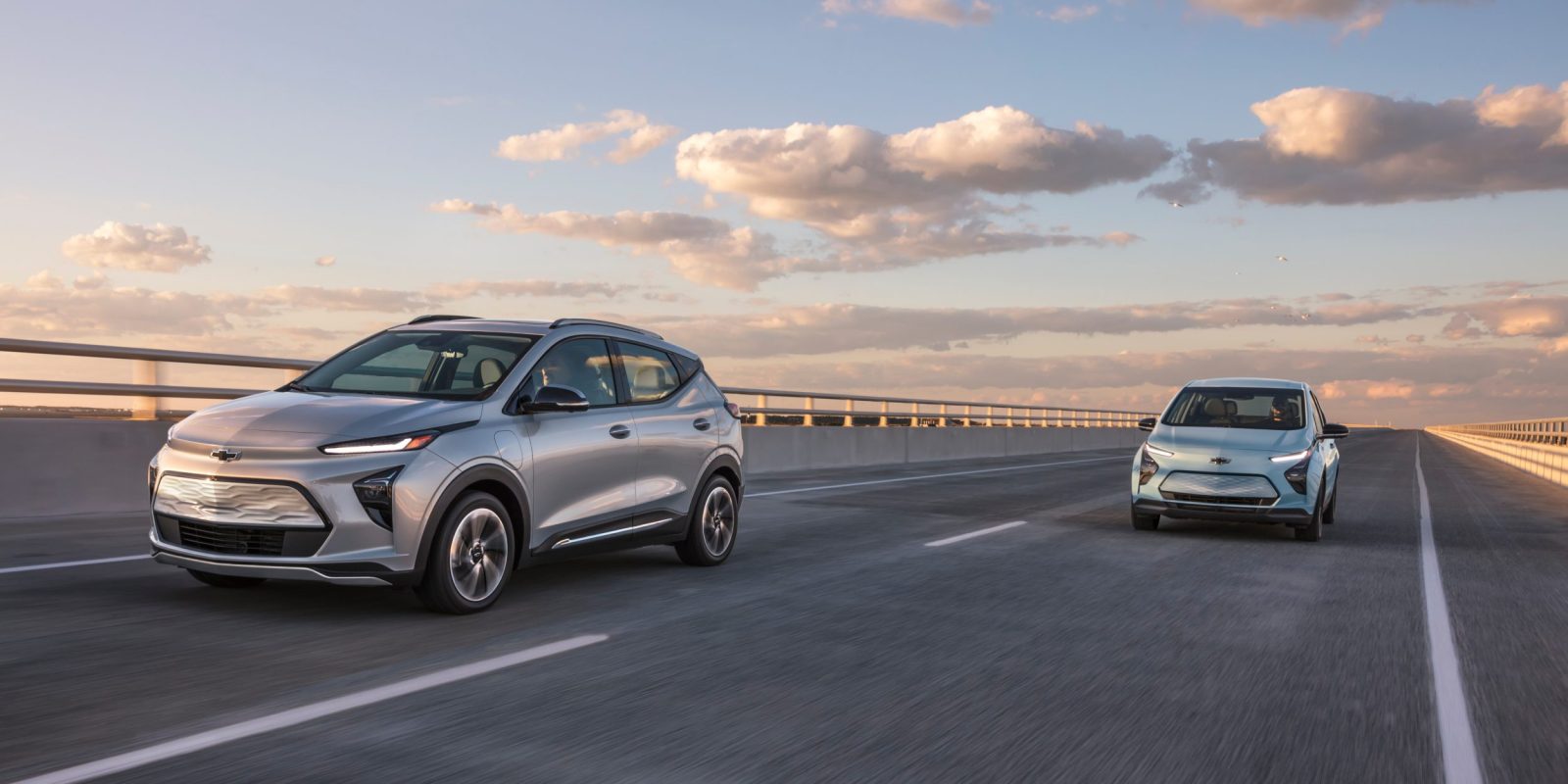 GM’s new 2022 Chevy Bolt EV and BoltEUV have received their official EPA ranges, and it’s pretty much on the mark except for the electric crossover coming in a bit short.

We are finally about to get the new Chevy Bolt EV and its new younger but bigger brother, the Bolt EUV.

When GM announced the new electric vehicles, the automaker announced that it expected the new Bolt EV to have an EPA-rated range estimate of 259 miles (417 km) on a single charge.

As for the Bolt EUV, the new electric crossover built on the same platform as Bolt EV, GM was expecting a slightly lower range of 250 miles (402 km) on a charge.

The vehicle comes in a bigger form factor than the Bolt EV, but it is powered by the same battery pack and drivetrain, so it is expected to have a slightly shorter range.

Now, the EPA has released the official EPA estimates, and GM was dead on for the Bolt EV, but it was a little bit off with EUV, which received an EPA range estimate of 247 miles:

People will forgive the miss by just 3 miles, which also makes sense with a 12-mile difference between the two vehicles.

In terms of efficiency, the Bolt EV and Bolt EUV perform will amongst peers:

GM is reportedly just about to start production, and the automaker has been talking about deliveries to dealerships in the US during the early summer.

Of course, that’s only the manufacturer suggested price, and the final price is determined between the dealership and the customer.

The Bolt EV and Bolt EUV are GM’s last electric vehicles based on its previous EV platform, and now it is starting to move its new Ultium platform — starting with the Hummer EV later this year.