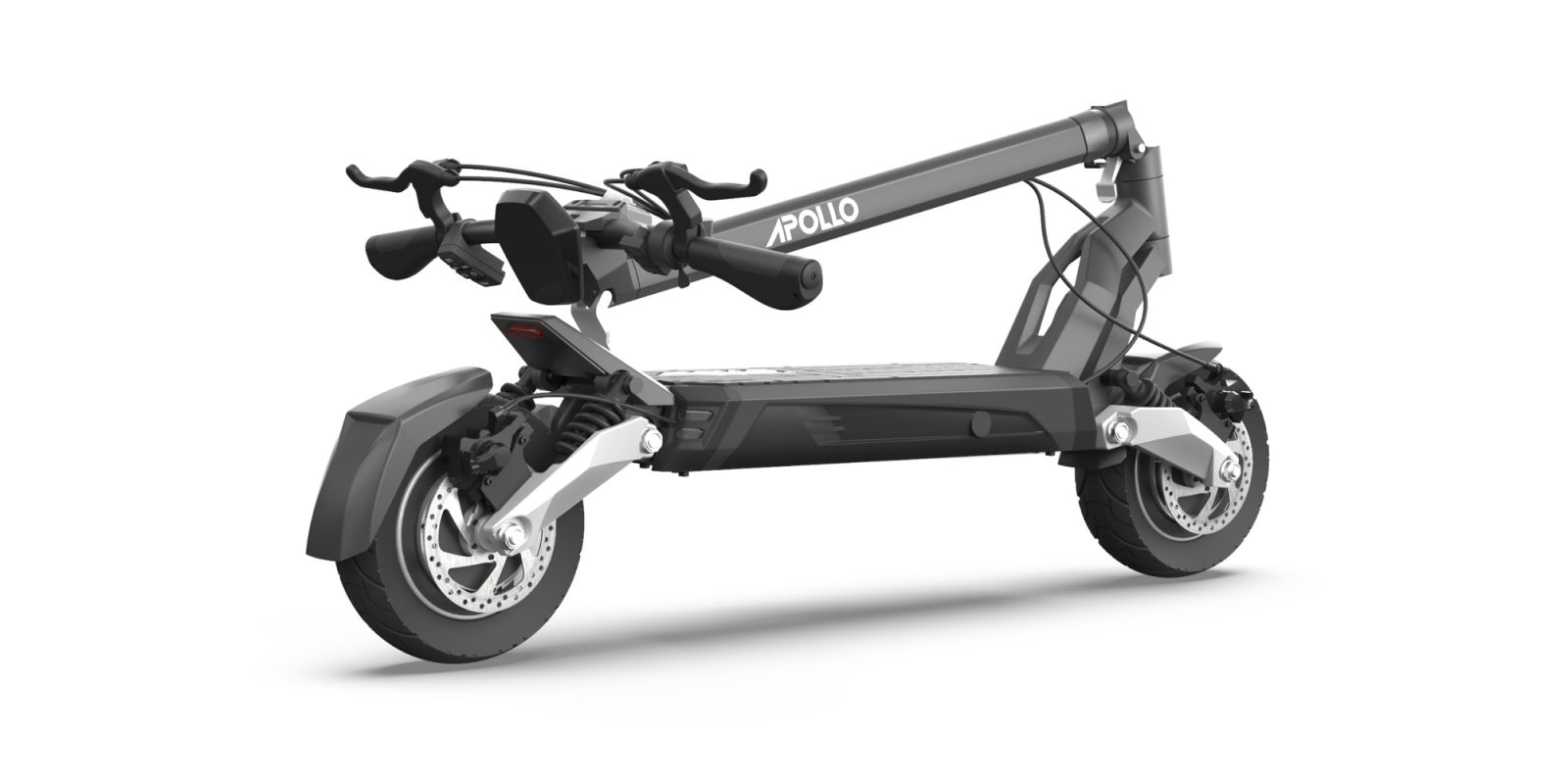 The Apollo Phantom is a stark departure from many of the typical electric scooters we’ve seen before.

Instead of re-marketing a Chinese design, the Apollo Phantom was designed entirely in Canada using feedback that Apollo has received from its thousands of riders.

The result is impressive.

From the performance side, the Apollo Phantom rocks dual 1,200W continuous and 1,600W peak motors combined with a 52V 23Ah and 1,200Wh battery using Dynavolt cells.

But anyone can make a scooter go fast and far. What really sets this scooter apart are the features.

Rarely seen quadruple spring suspension combines with 10-inch pneumatic tires to give this scooter proper handling and a comfortable ride. The tires are also a hybrid tread for street use and light off-roading.

A proprietary hexagonal display offers never-before-seen data in the scooter market, such as a real-time remaining range estimate based on battery charge level and riding style. No more trying to judge battery level from a four-bar battery icon.

The scooter comes with a complete lighting kit featuring 1,000 lumen headlights, tail lights and turn signals. The Phantom also features regenerative braking and either mechanical or hydraulic disc brakes, depending on the model chosen.

Other features include an extended foot rest on the deck, triple-security folding mechanism, dedicated security locking hole in the frame, and dual charging ports to charge the scooter’s big battery twice as fast.

You can see it in action in the short video from FluidFreeRide below.

Upon its release this week, the scooter’s first batch for May orders sold out in four hours. In 12 hours, over 250 scooters were sold. That may not rival Tesla numbers, but it’s huge for the electric scooter industry!

While Apollo markets the scooter domestically in Canada, south of the border sales will be handled by Miami-based FluidFreeRide. FFR has exclusive distribution rights in the US, which we were happy to see as we’ve have only positive experiences with the company over the last several years.

If you want to get your hands on your own Apollo Phantom, which starts at US $1,799 under the current promotion, you’ll have to get in line. Both the mechanical and hydraulic disc brake version are sold out for May shipment in the US, and we don’t expect pre-orders to open for the next June shipment for several weeks. Canadian customers may be able to get some of the last mechanical disc brake Phantoms from Apollo before those sell out, but the hydraulic disc brake scooters were gone in the first four hours.

Both Apollo and FluidFreeRide will be restocking, so just remember that patience is a virtue!