2021 Hyundai Ioniq/Kona get 1,000 miles of EA charging as network expands 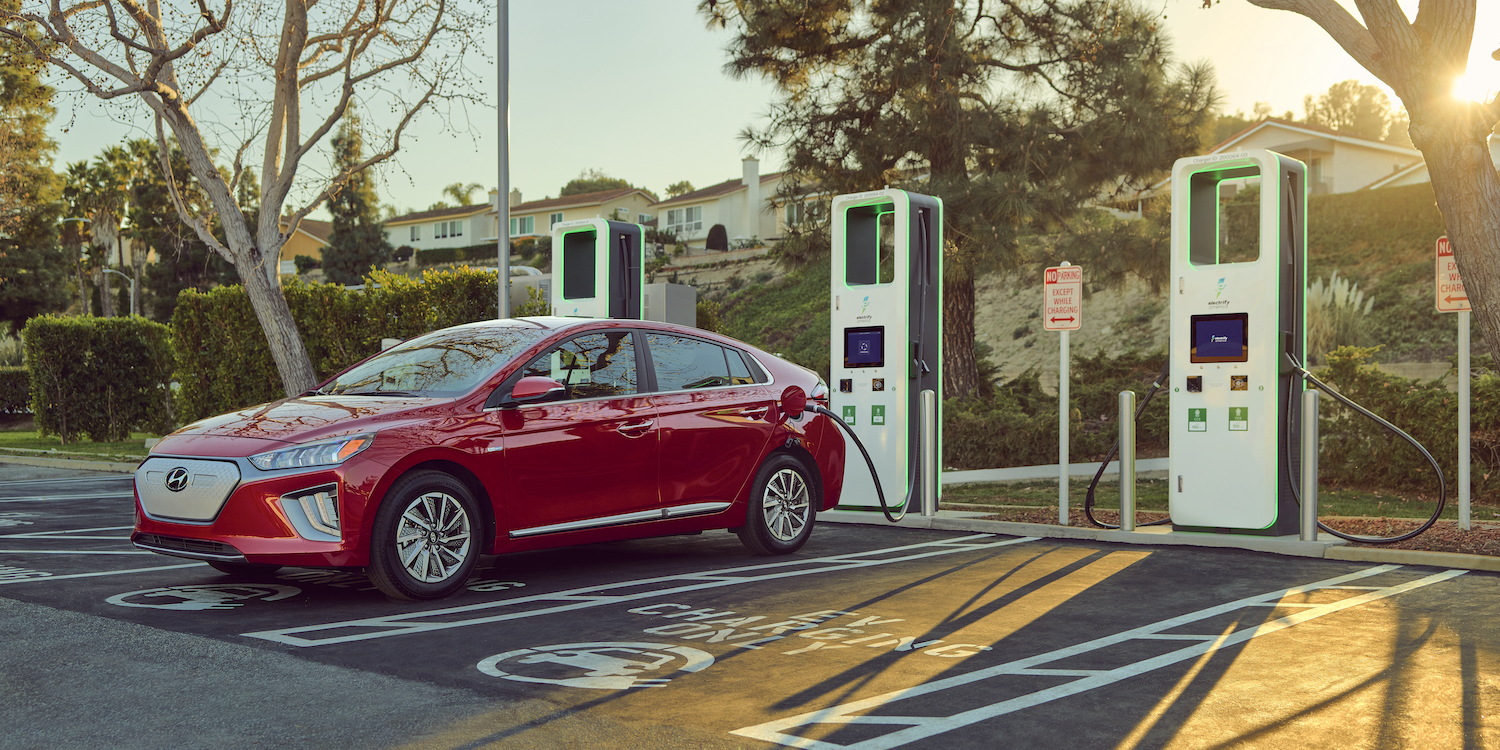 2021 Hyundai Ioniq and Kona owners and prospective owners from today will get a free 250kWh of fast charging at Electrify America (EA) stations as the network continues to expand.

Hyundai announced today that it was going to offer its 2021 customers 250kW of Electrify America DC fast charging. At EA’s $.43/kWh à la carte charging fee, the bonus is just about $100 worth of charging, but critically, it makes range anxiety a lot less of a thing.

Meanwhile, Electrify America has been expanding its network in both the US and Electrify Canada.

President and CEO Giovanni Palazzo highlighted some of the improvements in a video this week, below:

For a retail price of $100 and realistically a lot less cost to Hyundai, it’s buying freedom from range anxiety out of the gate for its new BEV customers. That seems like a no-brainer, and 1,000 miles sounds pretty great to new car buyers.

For EA, this introduces a group of new customers to fast EV charging. They will download the app and find out where charging stations are.

Will Hyundai expand this to the new 2022 Ioniq 5 that promises to use the 800V and realistic charge speed over 200kW? It remains to be seen. But I’d like to see all EVs (including Tesla?) to be offered a free 1,000 miles of charging to get people out there trying fast charging in order to see how quick and easy it is to get recharged.