Revolution REE? Reinventing the wheel for the World’s Automakers 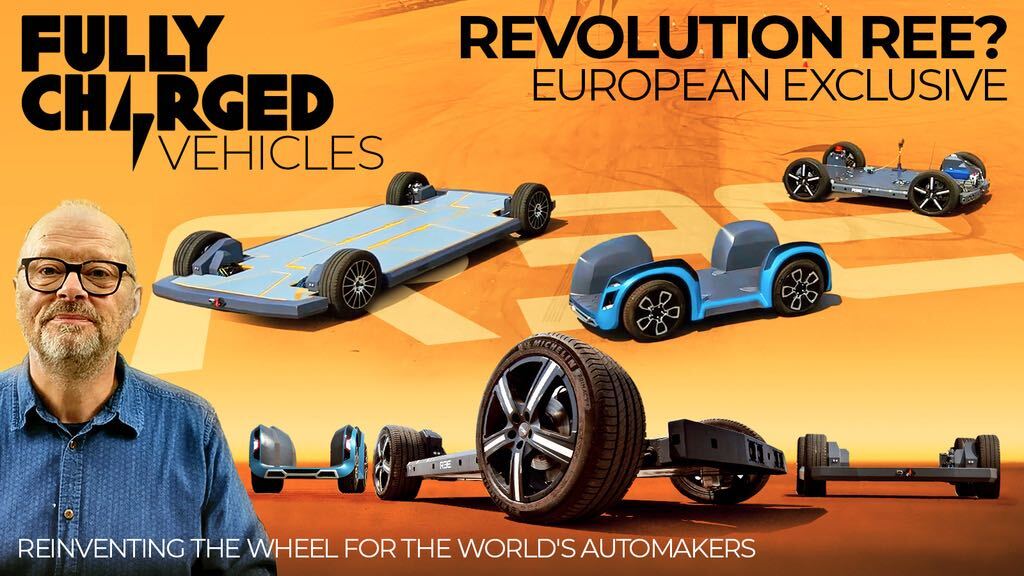 When it comes to every part of the automotive industry, it seems that the switch to electric vehicles is set to leave no corner untouched. Until Tesla permanently disrupted the status quo, the world has been building cars for more or less the same way for a century.

[Note: This is an ongoing collaboration between Fully Charged and Electrek]

The established car companies have, of course, established chains of tier one, tier two, and tier three suppliers in that time, all of whom are under threat from the unstoppable rise of the battery electric vehicle. Whether it’s the “structural battery” being pioneered by Tesla, or skateboards like Hyundai Kia’s “Electric Global Modular Platform” or Volkswagen’s Modularer E-Antriebs-Baukasten, rarely have the platforms that underpin the automotive industry felt so alive with possibility.

Enter REE Automotive, an ambitious Israeli startup that is pitching itself as the ingredient brand to be an “Intel’s Inside” for multiple vehicle manufacturers. We were unable to travel to Tel-Aviv to tell their story, so we had a video call with their inspirational leader Daniel Barel, to get the inside scoop. Among REE’s unique approaches, they maximize the flatter form factor of the skateboard to physically locate everything that makes vehicles move – motor, suspension, drive train, steering, braking, and the control – right into the corners, at the very edge of the chassis.

Their “corner” technology enables a number of different designs of chassis, but without the trade-offs that ordinarily entails. With a motto, of “we complete, we don’t compete” they are able to offer four families of the REE system to other companies, even those that haven’t traditionally built vehicles. Having set up a network of exclusive suppliers around the world, REE is ready to deliver through “integration centers” in every corner of the world. Is this revolutionary approach likely to be the future of electric vehicle manufacturing? We think it might.